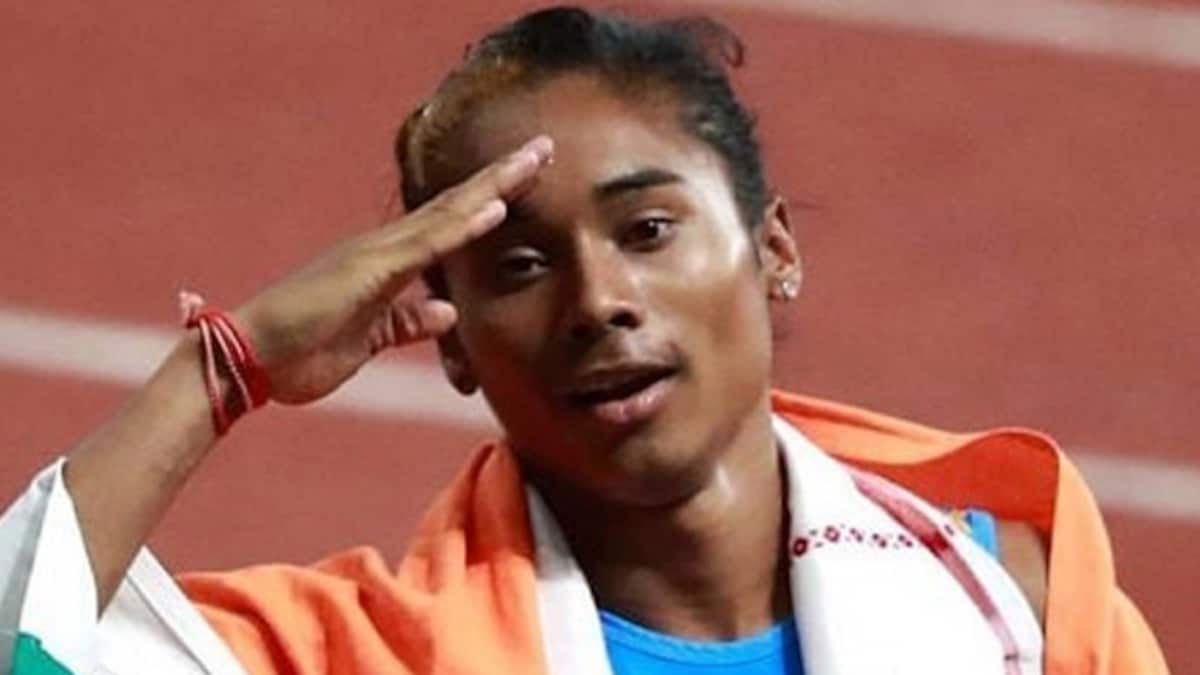 Star Indian sprinter Hima Das qualified for the women’s 200m semifinals after winning her heat with a timing of 23.42s at the Commonwealth Games on Friday. The 22-year-old Hima led the five-woman field from the start with Rhoda Njobvu of Zambia clocking 23.85s to finish second while Jacent Nyamhunge of Uganda finished third with a timing of 24.07.

There are six heats lined up in the women’s 200m and the top-16 will qualify for the semi-final.

Hima won heat 2 but Favour Ofili of Nigeria (22.71s in Heat 1) and the formidable Elaine-Thompson-Herah (22.80s in heat 5) had superior timings.

Meanwhile, in the women’s hammer throw event, India’s Manju Bala advanced to the final while compatriot Sarita Singh failed to make the cut.

The 33-year-old Bala finished 11th in the qualification round with a best throw of 59.68m in her first attempt.

In the same event, the other Indian athlete Sarita failed to make the final after she finished 13th with her best throw of 57.48.

According to the rules, best 12 performers advance to the final, which will be held on Saturday, August 6.

Canada’s Camryn Rogers topped the qualification round with best throw of 74.68m, which is a Commonwealth Games record.