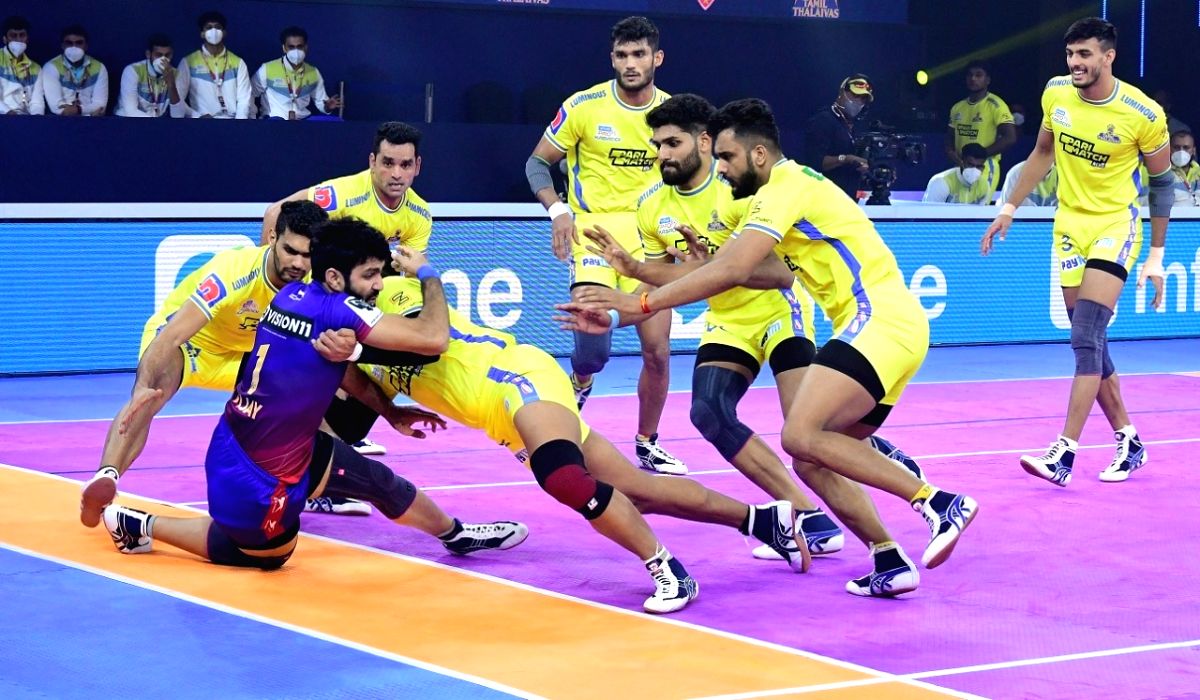 Bengaluru, Jan 2 : Dabang Delhi K.C. could not widen the gap at the top of the Pro Kabaddi League (PKL) Season 8 points table after they were forced to share the points with Tamil Thalaivas on Saturday.

The match between Dabang Delhi, the only unbeaten team in the league so far, and Tamil Thalaivas ended in a 30-30 tie on Saturday and thus the table-toppers could not extend their lead.

The tie means that Delhi now are on 21 points from five matches with three wins and two ties while Tamil Thalaivas at fifth position with 14 points from five matches with one win one defeat and three ties. Bengaluru Bulls are second with18 points, U Mumbai are third with 17 points at thurd while Patna Pirates are placed fourth with 16 points and Thalaivas in fifth position.

Delhi raider Naveen Kumar kept their flag flying with some superbraids. The best tackler award for this match went to Sagar of Tamil Thalaivas. Naveen scored 15 points from 13 raids.