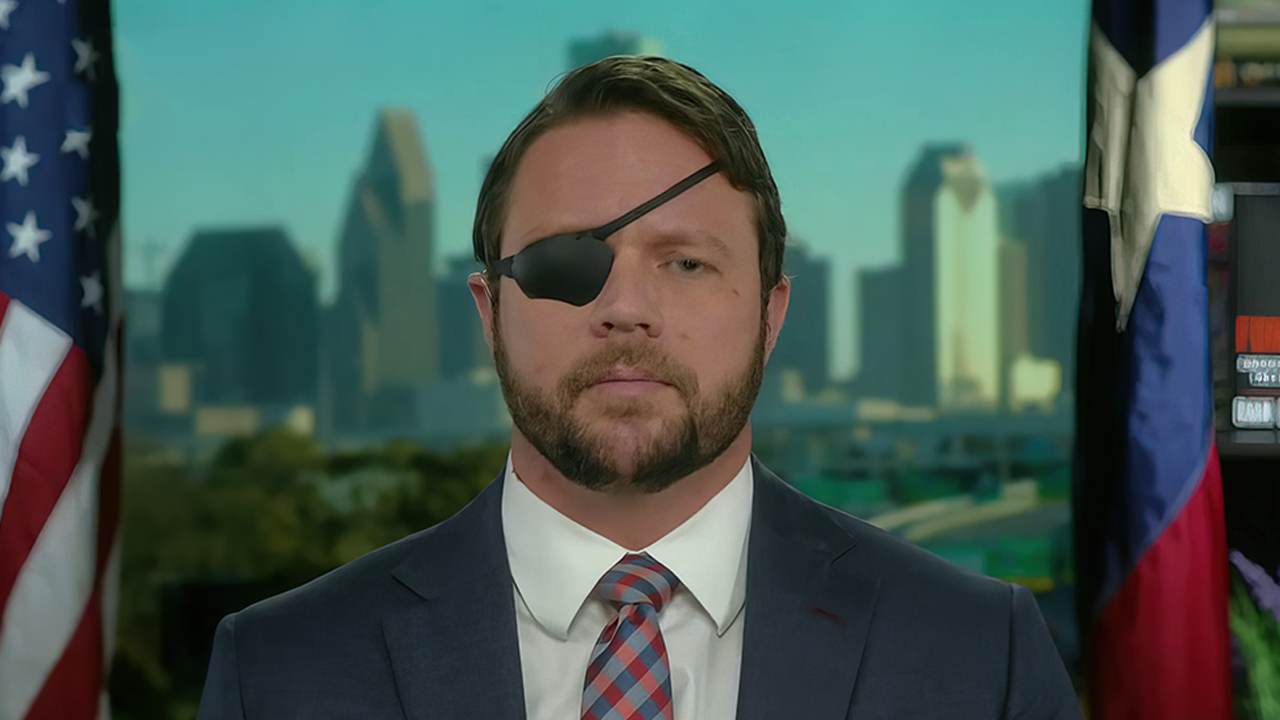 “Sunday Night in America” host Trey Gowdy discussed with Rep. Dan Crenshaw, R-Texas, the ongoing efforts by the Biden administration to sue the state of Texas over “election integrity.”

According to Attorney General Merrick Garland, the election bill signed into law by Republican Gov. Greg Abbott in September violated several laws, including the Civil Rights Act, based on its new restrictions in voting. Several Democrats and their allies in the media have similarly attacked the law for allegedly restricting people’s right to vote.

GOWDY: WHY ISN’T PRESIDENT BIDEN OUTRAGED ABOUT RISING CRIME AND THE GROWING NUMBER OF VICTIMS?

Crenshaw, however, disagreed with the notion, calling the law “very transparent.”

“The Texas election law is very transparent and frankly, it’s a little boring. It doesn’t do a whole lot of things the Democrats say it does. It just cleans things up, cleans up the process. It does things like make all the early voting times the same across counties, so people don’t get confused [and] put additional I.D. requirement on mail-in ballots,” Crenshaw said.

Regarding Democrat concerns that the law suppresses people’s right to vote, Crenshaw called out liberals’ attempts to push a “myth.”

“One, the voter suppression lie is just that, a lie. It’s a myth. Number two, no one believes the myth. About 80% of voters believe in voter I.D. and 47% of voters also believe we have too lax of voting laws to prevent fraud. The Texas law doesn’t do any of that,” Crenshaw explained.

Gowdy alluded to Democrats, including President Biden, who likened the bill to Jim Crow laws. Crenshaw acknowledged that this is a regular tactic used by Democrats.

“This is how Democrats work. If you look at their tactics, they do this often. They expose a problem, and then they exaggerate the problem greatly. And when they exaggerate the problem, they say there’s some kind of crisis, and maybe they call that crisis racism or voter suppression or whatever it is. The world is ending. And then they offer these extreme solutions. So they have to say there’s a crisis in order to justify those extreme solutions that they prefer,” Crenshaw explained.

He added, “Elections are competitions, and in a competition, you have to be very certain who won. You have to be. And if you’re not certain of who won, well then you get consternation, you get division, you get the kind of years that we’ve had in this country. When Democrats lose, they say the election is illegitimate. Then Republicans do the same thing.”

Both Gowdy and Crenshaw criticized Republican accusations against the 2020 election as well as Democrat efforts to further undermine election validity.

DEMOCRATS BEND FACT ‘TO FIT WHATEVER NARRATIVE THEY NEED TO KEEP THEIR POWER’: BONGINO

“I’m sick of the pendulum swinging this way. It is clear the Democrats are setting this up because they know that they’re going to get blown away in 2022. They absolutely know that. And they want to be able to say that the only reason they lost is because they couldn’t pass these laws that basically mean you can drive through at 3 AM and vote. That’s honestly the kind of things they said,” Crenshaw said.

Gowdy and Crenshaw closed by calling out the lack of proper counterproposals by the Democrats for voting laws beyond crying “racism.”

“My question to Democrats is what’s your counterproposal? Do you think we should just accept mail-in applications if the IDs don’t match? I mean honestly, what kind of election system do you think that would be? They don’t offer counterproposals because they don’t want fair elections. That’s the only thing I can come up with,” Crenshaw said.