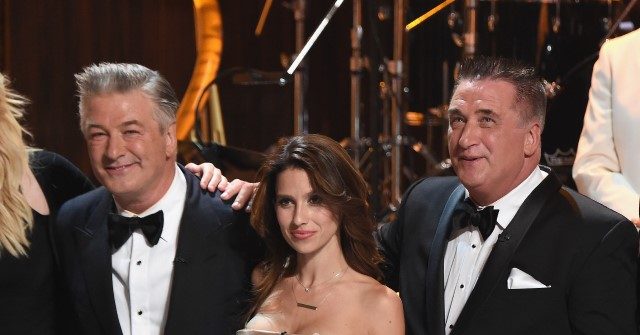 Daniel Baldwin has spoken out in defense of his brother Alec Baldwin in the aftermath of the fatal shooting on the set of the movie Rust, claiming the actor isn’t to blame for the shooting that killed Halyna Hutchins, the production’s cinematographer, and wounded the director.

He also said Alec Baldwin is being targeted because of his political beliefs.

When you hear that anything like this happens at someones’s quote ‘hand,’ you have to remember something. The number of protocols on a film when a weapon is being used are pretty vast. So it’s really really apparent that Alec has no blame in this at all. It would be the equivalent of my going up to the guy that makes the sandwiches and being mad at him because I didn’t know my lines.

Daniel Baldwin didn’t mention the fact that his brother was a producer on the movie, which might put him at more legal risk for the fatality than if he was simply an actor in it.

During the conversation, Daniel Baldwin said his brother is being unfairly targeted because of his politics.

“You know, Alec’s got the name, though, doesn’t he? So let’s go ahead and take Alec for his political views. …He’s a target.”

Nati asked: “Are you saying that maybe Alec is being attacked because of what? His political views?”

“Oh, for sure he is. Yeah. For sure,” Baldwin replied.

When Nati asked him what political views he was referring to, Baldwin didn’t say, suggesting they move on to a different topic.

Daniel Baldwin said his brother feels “crushed” by the incident that resulted in the death of cinematographer Halyna Hutchins.

“He loved this woman. He loves what does. He feels terrible.”