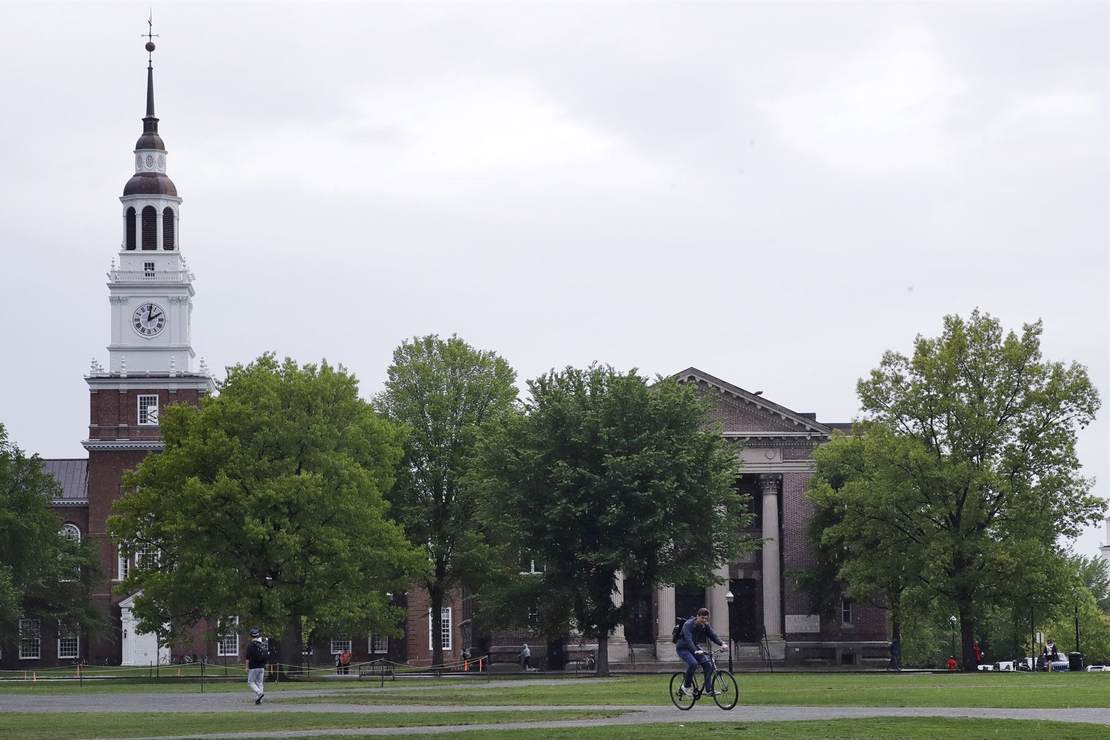 While most of the progressive base is still demanding that Joe Biden erase student loan debt (whether he can legally do that or not), some schools are taking a different approach. Dartmouth College in New Hampshire has now joined a small group of schools that will be eliminating student loans for qualifying students and replacing them with scholarship grants which they will not have to repay. At first glance, we should be able to say that this is a step in the right direction because they aren’t asking the government (and thereby the taxpayers) to be left on the hook for loans that are mysteriously “canceled.” And that’s a fair statement to make. Of course, then you will probably find yourself wondering where the money for all of these grants is coming from. Because even Dartmouth doesn’t have a magical money tree like the White House does. (NY Post)

Dartmouth College is removing all federal and institutional loans from its undergraduate financial aid awards and replacing them with expanded scholarship grants, beginning with the current summer term, the school’s president said.

Currently, Dartmouth undergraduates from families with an annual income of $125,000 or less who possess typical assets are offered need-based aid without a required loan component.

Dartmouth is now removing the loan requirement for undergraduates from families with annual income of more than $125,000 who receive need-based financial aid.

The title of the linked article is a bit deceptive when you read into the details. It proclaims the same message that the school is trying to send, saying that Dartmouth is going to “eliminate loans for undergraduate students.” That would imply all undergraduate students, but that’s not really the case. They are expanding a program that previously only provided grants to students from families requiring need-based financial aid and who earned less than $125K per year. They’re removing the cap, but applicants will still need to qualify for need-based financial aid. And the more money you make, the less likely you are to qualify for that sort of assistance. So wealthier families will probably still need to take out some loans, but they’re the ones who are probably the ablest to pay them back, so that’s fine.

Getting back to the question of where all of this money is coming from, it’s a safe bet that it won’t be coming out of Dartmouth’s massive endowment fund. (Currently listed at more than $8 billion.) Heaven forbid they dig into that money. But they’re also not getting it from the federal government or some COVID relief fund either, which is a relief.

No, Dartmouth did what colleges and universities almost always do when they need more cash. They asked their alumni to pony it up. Starting in 2018 they began asking their former students to kick in for a special fund to eliminate student loans. 65 families committed to contributing more than $80 million. (That’s an average of more than one million each for those keeping score.) So to be completely accurate, they technically are taking it out of their endowment fund, but only from a pool of new money in the fund donated specifically for this purpose. They won’t be emptying their existing, massive trove of wealth.

$80 million will definitely cover an impressive number of grants if they typically range in the low tens of thousands of dollars. But it won’t last forever. So what happens when that pool of cash starts to run dry? They aren’t saying, but you can narrow it down to three likely options. Either they will go back to the alumni and ask for more, they’ll ask the federal government to take over the payments, or they will convert the grants back to loans. But at least for today, they get to proudly toot their own horn and do something that’s wildly politically popular on the left.