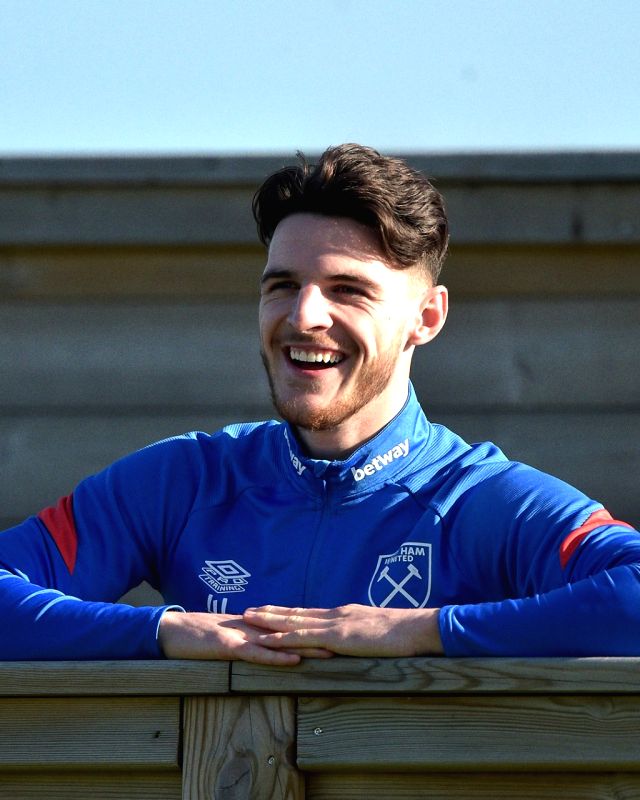 London, Feb 7 : West Ham manager David Moyes reckons Declan Rice is worth over Â£100m with Manchester United, Chelsea and Manchester City all thought to be interested in a summer move for the midfielder.

“Yeah. I think I’ve said everything there is to say about Declan. He’s a really important player for West Ham, he’s someone who we value greatly and you can see what he means to the team. He’s a really good individual and we’re enjoying having him,” Moyes was quoted as saying by metro.co.uk.

Manchester United and Chelsea are the teams most likely to move for Rice at the end of the season, with reports suggesting the player prefers the switch to Stamford Bridge.

Asked on Monday whether the central midfielder was now likely to be worth over Â£100m, Moyes said, “We are really pleased to have him and he is an impressive young man.”
Rice remains under contract at West Ham until 2024 and the club has the option to extend his deal by a further year, so they are under no immediate pressure to sell and they certainly don’t want to, with Moyes a huge fan of his midfield star.

Moyes was full of praise for Rice after the game on Saturday, likening him to Liverpool legend Steven Gerrard as he continues to add more offensive threat to his role at the base of midfield.