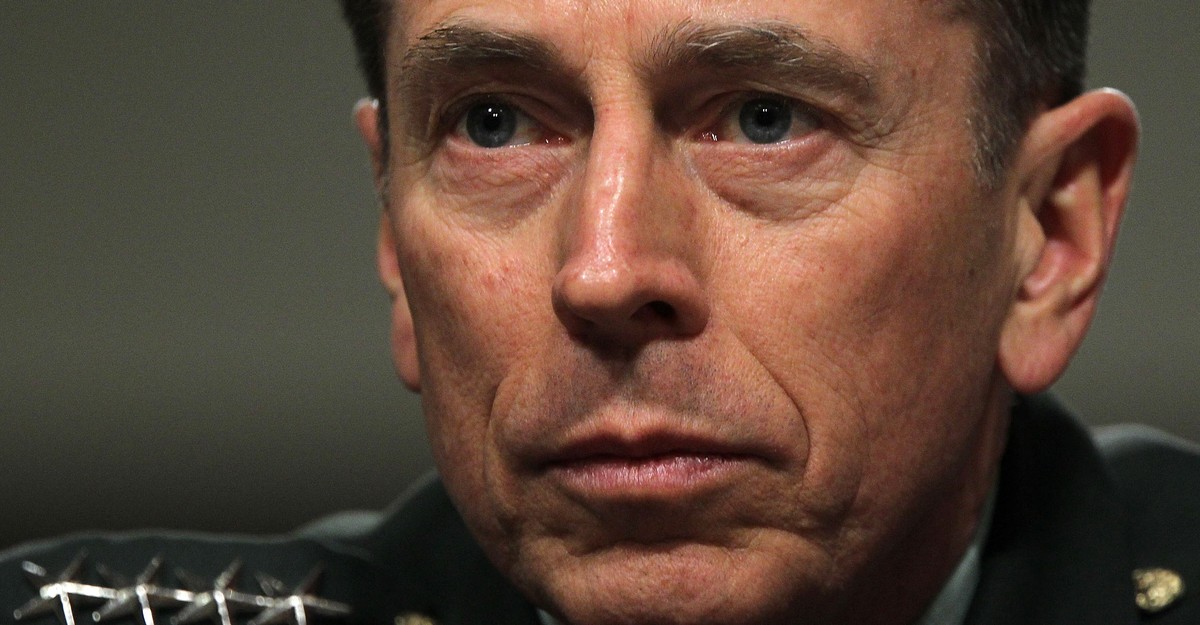 Few Americans know more about occupying a country and then facing a determined armed resistance than David Petraeus. The former four-star general and ex-director of the CIA wrote his Ph.D. thesis about the Vietnam War; helped oversee the writing of the U.S. Army’s counterinsurgency field manual; was its commanding officer in Iraq during the surge of troops there; and then ran U.S. Central Command, which was responsible for both the Iraq and Afghan Wars, before ending his military career as America’s top officer in Afghanistan.

In Petraeus’s estimation, however determined Vladimir Putin may be to invade Ukraine, he lacks the troops and the popular support needed to succeed in taking over the country for any significant period of time. In essence, however difficult the Iraq War was for the United States, the Ukraine crisis will be far harder for Russia.

I reached out to Petraeus to ask him about what the Ukrainian armed forces can do, and what his experience in Iraq can tell us about what comes next in Ukraine. Our conversation has been edited for length and clarity.

Prashant Rao: A Russian invasion of Ukraine looks imminent. What would you be doing if you were a leader in the Ukrainian military right now?

David Petraeus: At any level of leadership, I would be working with my intelligence personnel to understand where the elements of the Russian forces are that are relevant to my unit and its mission, to determine what the Russian options are based on our understanding of the positioning of those Russian forces, and to identify what are the most likely and most dangerous Russian courses of action. (And I’m quite confident that that is what Ukrainian leaders at all levels are doing, as all of this is central to the doctrine for military commanders and their staffs.) Based on that, I would be doing all that I could—within the restrictions imposed by the president and senior policy makers—to prepare my forces and the area of operations for which I am responsible to perform the missions assigned to me by my higher headquarters.

The challenge, of course, is that Ukraine’s most senior policy makers are trying to achieve two objectives that are somewhat mutually exclusive: first, trying to avoid being both overly alarmist to their own population and needlessly provocative to the Russians; and second, trying to allow their forces to prepare to defend the country. Achievement of the former objective precludes many of the actions that military leaders would take to achieve the latter objective—for example, placing significant obstacles on major high-speed avenues of approach, such as major highways, in order to force Russian attackers into fields where ambushes and defenses can be more effective, some of which will be reinforced by anti-tank mines, tank ditches, wire obstacles, etc., and also preparing built-up areas such as towns and cities to be defended by fortifying them, creating sniper positions, and, again, establishing various obstacles. Of course, the Ukrainian president’s declaration in the past 24 hours of a state of emergency and call-up of the reserve military forces has presumably reduced some of the constraints on the establishment of defensive obstacles, fortifications, and so on. However, there still likely will be some restrictions.

Rao: Russia’s massed military forces near Ukraine apparently number around 190,000. This is not that much more than the coalition forces during the surge in Iraq. But Ukraine is a bigger and more populous country. Can Russia actually control the entire landmass of Ukraine?

Petraeus: That’s correct. Ukraine is not only bigger but some 50 percent more populous than Iraq, and the Iraqi population included many millions—Kurds, Christians, Yezidis, Shabak, and many of the Shia—who broadly supported the coalition forces throughout our time there. Only a minority of the Iraqi population comprised or supported the Sunni extremists and insurgents and Iranian-supported Shia militia. Though they did, to be sure, prove to be very formidable enemies.

Can Russia actually control the entire landmass of Ukraine? That question has to be one of those that is most unsettling in the back of President Putin’s mind and in the minds of his senior leaders. I was privileged to serve as the commander of the 101st Airborne Division during the invasion of Iraq and the first year there. Frankly, the fight to Baghdad, while tougher than many likely assessed it to be from afar, was pretty straightforward. But once the regime collapsed, we had nowhere near enough forces to prevent the terrible looting early on, and later we did not have enough to deal with the insurgent and extremist elements when they increased the violence dramatically in 2006 until we received the additional forces during the 18-month surge, together with the accompanying change in strategy and development of increasing numbers of reasonably competent Iraqi forces.

Let’s not forget that most Iraqis did initially welcome our liberation of the country from the brutal, kleptocratic Saddam Hussein regime. Russians cannot expect to be applauded as they invade Ukraine.

Rao: You’ve studied and practiced counterinsurgency for much of your professional life. Would you expect an insurgency of some kind to emerge in response to any major Russian attempt to control all of Ukraine?

Petraeus: Yes, I would, though it is hard to determine just how large and committed it would be. There are numerous factors that will be important in such a case, the most important of which is whether the Ukrainian government and forces can retain a large part of their country in the event of a large invasion. The Ukrainian parliamentary-delegation member with whom I met on Saturday at the Munich Security Conference assured us that the Ukrainians will fight on, even if, as expected, a full-on Russian invasion might overwhelm the Ukrainian regular forces. The members of Parliament reminded us that, in addition to the several dozen combat brigades, there are also special-forces units and several dozen partisan brigades (made up of civilians, with modest training on weekends) in Ukraine. And they were certain that those elements, in aggregate, would make life very difficult for Russian occupation forces. In fact, they said that Ukrainians would endeavor to make their country a “porcupine” that would be extremely difficult for Russia to digest.

Should the Russian military fear this? Yes, very much so, especially if, as is likely, the Ukrainians do fight on as insurgents and are provided support from the outside. Vladimir Putin and his most senior leaders are old enough to remember how painful the Soviet decade in Afghanistan was, and they have to be worried that Ukraine could be very difficult to occupy as well. One hundred and ninety thousand forces sounds like a lot, but counterinsurgency operations are very soldier-intensive. And when one gets down to the actual boots on the ground available for serious counterinsurgency operations conducted 24 hours a day and seven days a week, the resulting number is much less formidable, and [troops are] inevitably spread very thin. Beyond that, can the Russians, over time, replace the 190,000 currently poised to invade and then occupy Ukraine, after they have been on the ground for a number of months? Finally, assuming the Ukrainians do fight hard in significant numbers, given the usual rule-of-thumb ratios for counterinsurgency forces to local inhabitants, 190,000 is unlikely to be enough.

Rao: If you were mounting that insurgency, what would you be doing right now?

Petraeus: I’m sure there is some modest planning going on; however, those who likely would comprise the insurgent ranks are most likely focused at present on determining how to defend their country against a possible invasion, not on how to conduct an insurgency in the event all or part of their country is occupied by Russian invaders.

Petraeus: This is hard to say, as there are many factors that would come into play, including, again, whether the insurgency is conducted from a sizable portion of Ukraine still under government control or from outside the country, which would be much more problematic. I do think that, in addition to the imposition by the U.S. and allied countries of severe diplomatic, economic, and legal sanctions in the event of a further invasion, at least some Western countries would support a Ukrainian insurgency, although I am not sure whether that support would be provided covertly (under so-called Title 50 covert-action authorities, in the case of the U.S.) or would also be carried out overtly. Again, so much depends on whether the Ukrainians can successfully control a large part of their country or not.

We are very familiar, in general, with what insurgents need, as we explicitly identified what they required in Iraq and Afghanistan and sought to prevent them from satisfying those requirements, whether they were fighters, money, leaders, communications, weapons systems and ammunition, other munitions and explosives, sanctuaries and safe houses/locations, explosives experts, viable ideologies/causes, or other capabilities.

In essence, Ukrainian insurgents would require just about all that the Iraqi and Afghan insurgents and extremists needed, except for suicide bombers, which I assume would not be employed. And the question will again be whether to provide that assistance overtly or just covertly, or at all, I suspect.