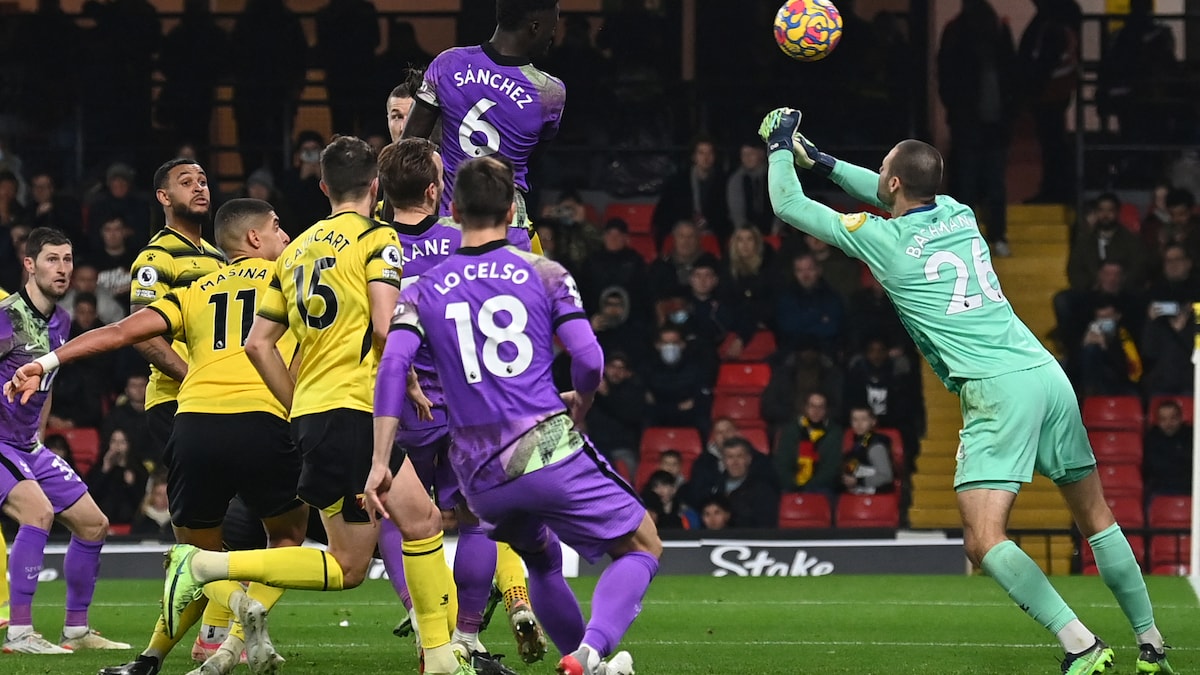 Watford are the only side yet to keep a Premier League clean-sheet this season and are on a club top-flight record run of 28 successive matches without one.

Claudio Ranieri’s side sit just two points above the relegation zone after a sixth successive defeat.

In a bid to boost their survival hopes, Watford had refused to release Emmanuel Dennis for the Africa Cup of Nations.

A Nigeria Football Federation statement said Dennis had been excused because Watford were “baring fangs”.

Dennis, who has eight goals this term, didn’t take long to show why Watford were so keen to keep him.

He created an early chance as he slipped in Juraj Kucka, who twisted to make space for a shot straight at Hugo Lloris.

Harry Kane had scored five goals in his previous appearances on New Year’s Day and the Tottenham striker was hunting another with a powerful drive well held by Daniel Bachmann.

Hojbjerg teed up Sergio Reguilon for a ferocious strike from the edge of the area, but Bachmann was equal to the blast.

Kane should have opened the scoring after half an hour, the England captain seizing on Imran Louza’s mistake to rifle just wide.

He went close against soon after the interval, spinning his marker on the edge of the area for a rising effort that Bachmann tipped over.

Watford had been focused on keeping Conte’s men at bay, but they finally mustered a noteworthy move when Josh King’s shot forced a good save from Lloris.

Bachmann was all that stood between Tottenham and three points as the Austrian repelled Son Heung-min’s strike from Moura’s pass.

Watford thought they had earned a penalty when Joao Pedro’s raid was halted by Lloris’s challenge but, to the Hornets’ intense frustration, the VAR check when in Tottenham’s favour.

There was a five-minute delay in the closing stages while medics rushed to deal with a supporter apparently taken ill in the Graham Taylor stand.

It proved a crucial moment as Tottenham won it deep into the time added on for that stoppage.

Son won a free-kick out on the left and his set-piece was perfectly placed for Sanchez to nod home from close-range.