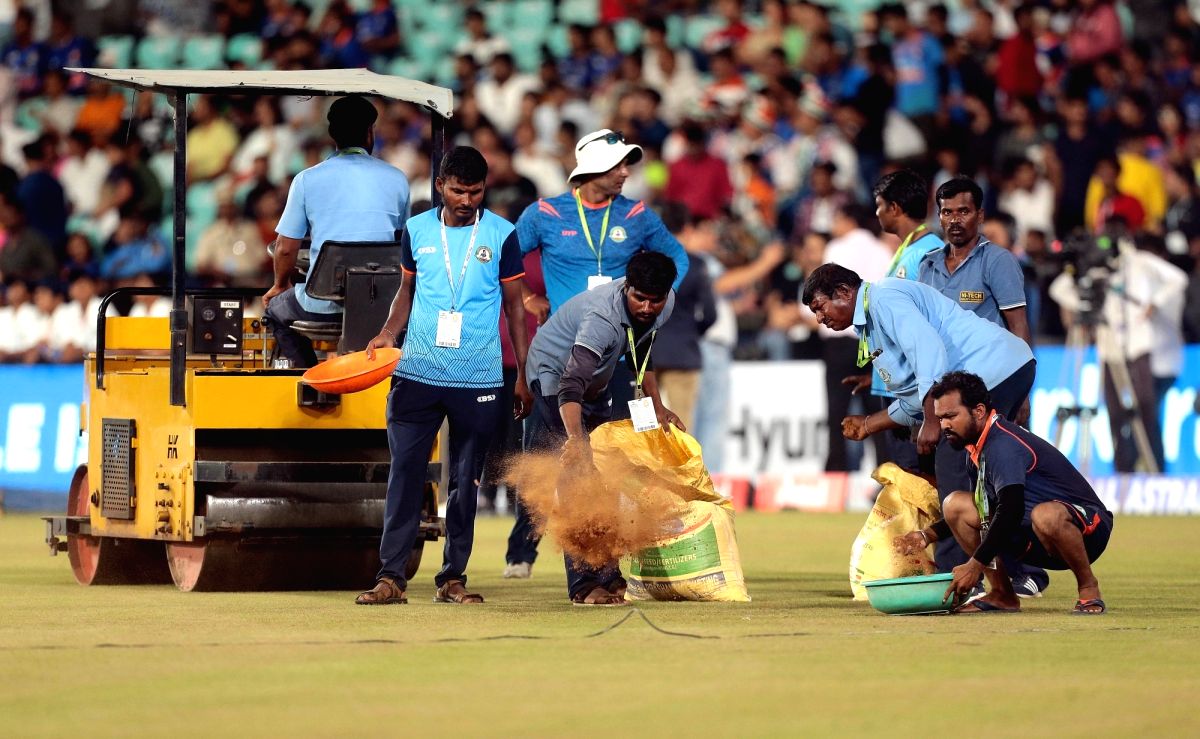 Nagpur, Sep 23 : The second T20 International between India and Australia in the 2022 Series here on Friday is sure to be a truncated affair with reduced overs as the umpires decided to have another inspection of the ground at 8 pm.

The two umpires, K.N Ananthapadmanabhan and Nitin Menon along with fourth umpire Anil Chaudhary inspected the ground at 7 pm but were not happy with the ground conditions. They decided to have a second inspection at 8 pm and take a call about the start of the match. If they decide to start the match after 8.30, the match could be reduced to 15 overs per side.

The start of the match at the Vidarbha Cricket Association (VCA) Stadium at Jamtha here was delayed because of a wet outfield due to heavy rains in the last couple of days.

The match was officially scheduled to start at 7 pm with the toss set to be conducted at 6.30 pm.

The ground staff has been working on the wet patches near the boundary line since the afternoon, running the light roller. They have been seen sprinkling sawdust on some of the patches.

Orange City has experienced some heavy spells of rain in the last few days.

Though it has not rained since Thursday morning and the sun was out in short durations on Friday, the outfield has not dried completely.