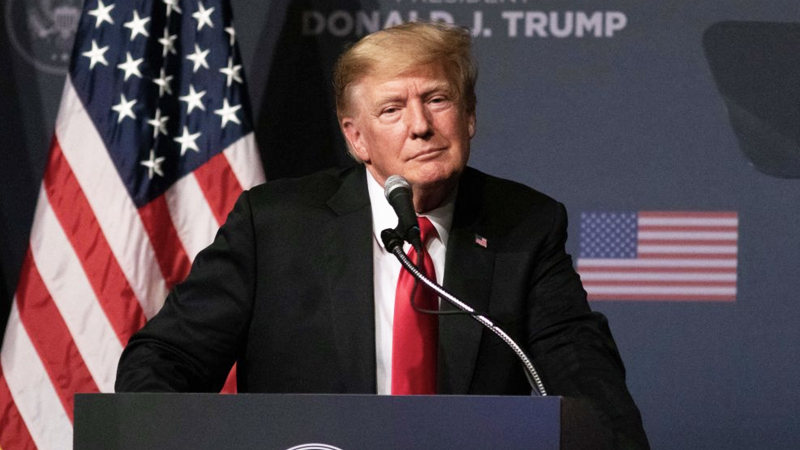 The U.S. intelligence bureaucracy will “evaluate” the documents seized at former President Donald Trump’s Mar-a-Lago residence to determine if their disclosure would endanger national security.

In a Friday letter to Oversight Committee Chair Carolyn Maloney (D-N.Y.) and House Intelligence Committee Chair Adam Schiff (D-Calif.) obtained by Politico, Director of National Intelligence Avril Haines said her office will lead an “assessment of the potential risk to national security that would result from the disclosure of the relevant documents.”

“The Department of Justice (DOJ) and the Office of the Director of National Intelligence (ODNI) are working together to facilitate a classification review of relevant materials, including those recovered during the search,” Haines wrote, adding that the review will be conducted in a way that “does not unduly interfere with DOJ’s ongoing criminal investigation.”

The letter was a response from Maloney and Schiff’s Aug. 13 request to the ODNI to launch a “damage assessment” into the trove of declassified documents seized by the FBI at Mar-a-Lago on Aug. 8., claiming the possession such documents could be a violation of the Espionage Act.

Schiff, an avowed anti-Trumper who advanced the debunked Russia collusion hoax and led the first impeachment against Trump, praised Haines for the probe into documents, claiming it should “proceed in parallel to the DOJ’s criminal investigation.”

“I am pleased that Director Haines has confirmed that the Intelligence Community and Department of Justice are assessing the damage caused by the improper storage of classified documents at Mar-a-Lago,” Schiff said in a statement to POLITICO.

“The DOJ affidavit, partially unsealed yesterday, affirms my grave concern that among the documents stored at Mar-a-Lago were those that could endanger human sources. It is critical that the IC move swiftly to assess and, if necessary, to mitigate the damage done — a process that should proceed in parallel with DOJ’s criminal investigation.”

The leaders of this same “intelligence community” were behind the letter falsely claiming without evidence that the Hunter Biden laptop story was “Russian disinformation.”

One of the signers of that deceitful letter was former Director of National Intelligence James Clapper.

The FBI has refused to explain what probable cause they had to raid Mar-a-Lago, and the heavily redacted affidavit they were compelled by a judge to release has not offered any clarification.

But according to some intelligence officials with knowledge of the FBI’s investigation, the bureau was interested in documents Trump declassified pertaining to the Russia collusion hoax and the government and intel actors who helped push it for years.

“The sought-after documents deal with a variety of intelligence matters of interest to the former president, the officials suggest—including material that Trump apparently thought would exonerate him of any claims of Russian collusion in 2016 or any other election-related charges,” Newsweek reported.

Former FBI Assistant Director Kevin Brock said the bureau appears to have failed to reach the probable cause threshold justifying the raid.

“The FBI should not have participated in this investigation,” Brock asserted Friday. “It is something that needs to be settled along established routes in that regard that we traditionally used. There was no need for law enforcement involvement in this. And there was certainly no need for an invasive search for the residence. I think they’re going to regret this.”

In sum, the leader of one of the agencies that lied about Hunter’s laptop to help Joe Biden will now oversee an intelligence effort to determine if Trump violated the Espionage Act by possessing documents he declassified about the Deep State’s Russia collusion coup against him.

Sounds totally above board and not at all like another Deep State coverup or coup attempt against Trump.