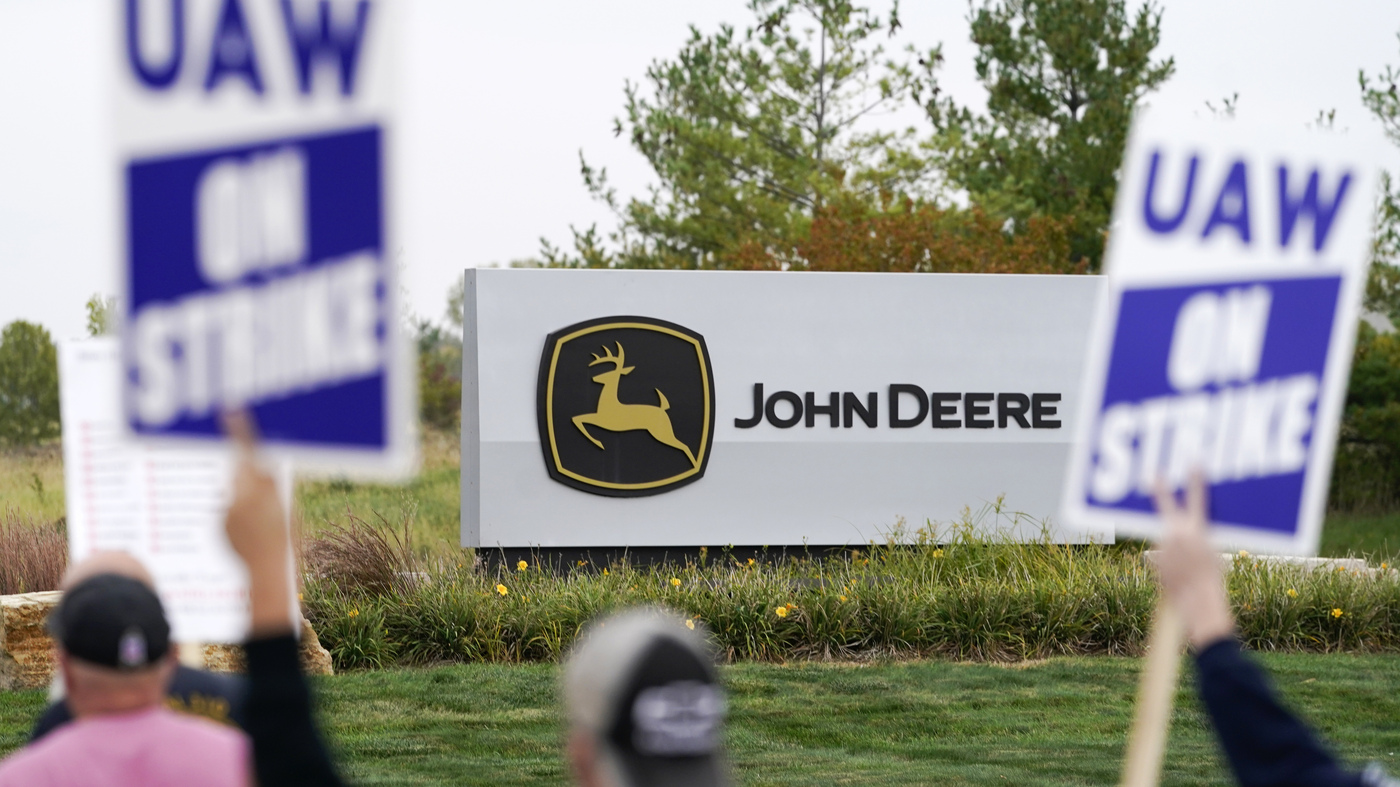 Members of the United Auto Workers picket outside of a John Deere plant last month in Ankeny, Iowa.

Members of the United Auto Workers picket outside of a John Deere plant last month in Ankeny, Iowa.

DETROIT — Deere & Co. workers approved a new contract Wednesday that will deliver 10% raises immediately and end a monthlong strike for more than 10,000 employees.

The United Auto Workers union says 61% of the members approved the deal with the tractor maker on their third vote, even though this offer was strikingly similar to one that 55% of workers rejected two weeks ago.

This latest proposal made only modest changes to the details of Deere’s internal incentive pay plan. The new contract covers 12 plants in Iowa, Illinois and Kansas where the Moline, Illinois-based company’s iconic John Deere green agricultural and construction equipment is made.

Union spokesman Brian Rothenberg said the company and UAW are working out when workers will return to the factories.

After the last vote on Nov. 2, Deere officials told the union not to expect the company to offer any more money, and Deere largely stuck to that promise in its latest offer, which it called its final one.

The workers had been on strike since Oct. 14. And in recent weeks, they have had to endure increasingly colder temperatures along the picket lines while trying to get by on the union’s $275 in weekly strike pay or by finding another job.

“UAW John Deere members did not just unite themselves, they seemed to unite the nation in a struggle for fairness in the workplace,” UAW President Ray Curry said in a statement Wednesday night.

In addition to the initial raises, this week’s offer kept the 5% raises that were in the third and fifth years of the six-year deal and 3% lump sum payments in the second, fourth and sixth years of the deal. The offer would also provide an $8,500 ratification bonus, preserve a pension option for new employees, make workers eligible for health insurance sooner and maintain their no-premium health insurance coverage.

What Deere did in this latest offer was tweak the complicated formula it uses to determine which workers receive bonuses based on whether their team hits certain productivity goals. The changes in the formula could make it easier for workers to qualify for the incentive pay, but there are some Deere workers who aren’t eligible for the bonuses based on the job they do in the company’s factories and warehouses.

The workers had been holding out for more from Deere, which has predicted it will report record annual profits between $5.7 billion and $5.9 billion when it releases its earnings report later this month. Initially, more than 90% of the workers rejected Deere’s initial offer, but the second vote was much closer after the company essentially doubled the raises it was offering.

Deere workers — and other unions — have been emboldened to ask for more this year because of the ongoing worker shortages and because workers didn’t always feel appreciated while working long hours during the pandemic.

Another group of UAW-represented workers went on strike earlier this year at a Volvo Trucks plant in Virginia and secured better pay and lower-cost health benefits after rejecting three tentative contract offers. Currently, about 1,400 Kellogg’s workers have been on strike since early last month at the company’s four U.S. cereal plants.