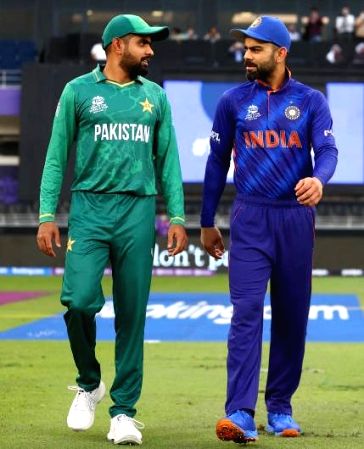 Lahore, Jan 1 : Pakistan captain Babar Azam has said that their win against India in the ICC T20 World Cup was the team’s “best moment of the year”. After restricting India to 151/7, thanks to young pacer Shaheen Afridi, Babar and opening partner Mohammad Rizwan put up an unbeaten stand of 152 runs to help their side achieve a big 10-wicket victory in UAE.

“It was a fantastic achievement for us as a team because we had not been able to beat India in the World Cups for so many years. It was our best moment of the year,” said Babar in a Pakistan Cricket Board (PCB) podcast.

Babar further said that their defeat against Australia in the semi-finals of the same tournament was the most disappointing one for him. “That defeat hurt me the most this year because we had been playing so well and as a combined unit,” said Babar.

He also said that it was good to see younger players performing well this year. “The biggest satisfaction was seeing young talent come through for us at crucial times. It is good we are now producing young talent,” he added.