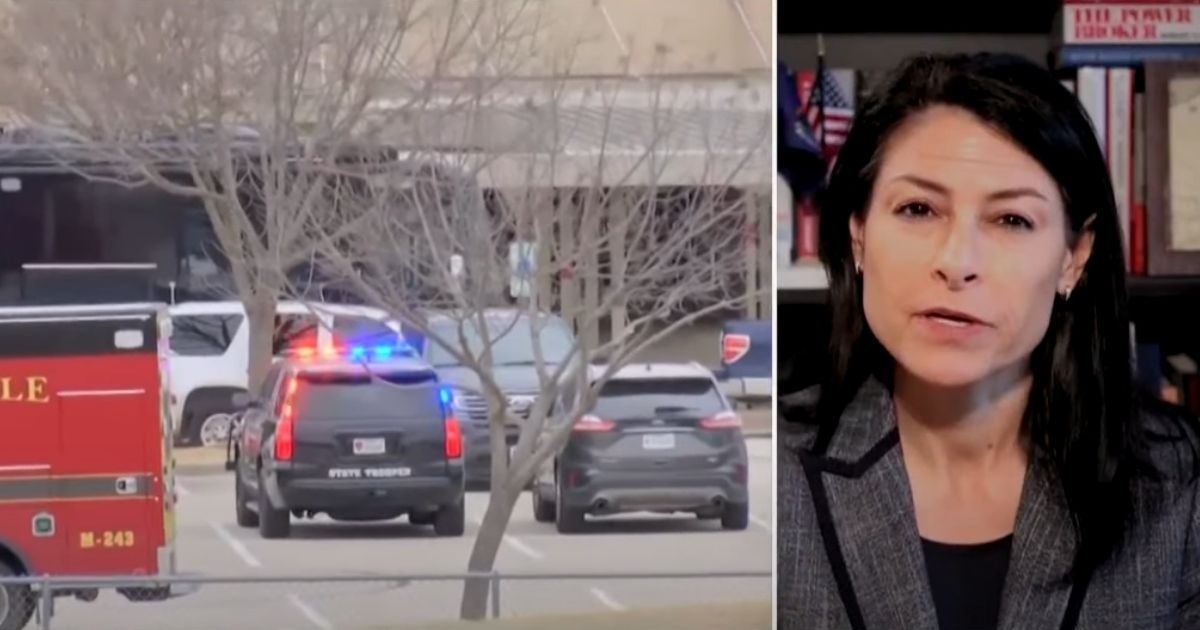 In terms of the macabre cultural guessing game that politicians, pundits and Twitter blue-checkmarks engage in these days as deliberately performed national tragedies unfold, the answer to the one this weekend wasn’t difficult.

In Colleyville, Texas, a rabbi and three others were taken hostage at a synagogue, Congregation Beth Israel.

ABC News’ Aaron Katersky reported, at 3:21 p.m. Eastern Time on Saturday, that hostage-taker demanded the release of Aafia Siddiqui — a Pakistani neuroscientist and terrorist with reported ties to al-Qaida who was convicted in 2010 of attempting to kill American soldiers in Afghanistan, according to Fox News.

“Lady Al Qaeda,” as she’s known, is serving an 86-year sentence in a federal prison in nearby Fort Worth, Texas.

What motivation, pray tell, could be responsible for this hostage situation?

Roughly an hour after Katersky’s report, after it had been well-disseminated throughout the media, Democratic Michigan Attorney General Dana Nessel appeared on MSNBC and expressed her grave concern that white supremacy might be to blame.

Yes, “white supremacy,” that catch-all used by politicians who are never held accountable for evidence-free assertions that it’s responsible for, well, whatever. (Here at The Western Journal, we help counter the narrative by holding these politicians accountable — and you can help us by subscribing.)

In this case, however, she was given a barn-sized target to hit in the speculation game. Instead, she deliberately threw in the opposite direction — telling MSNBC, as the Washington Free Beacon noted, that her “biggest concern” was a “hate crime” linked to “domestic terrorism” — specifically coming from “white supremacy organizations.”

“My biggest concern, hearing that it’s at a synagogue, is that this is someone who’s intent on committing hate crimes and an act of domestic terrorism, and it’s not just a random person who wandered into a synagogue,” Nessel said.

Was this an act of terrorism?

“Now, we don’t know that for certain, but we have seen an incredible rise in rhetoric that is anti-Semitic being trafficked all around the country,” Nessel said, then proudly noting she’d “established the first hate crimes and domestic terrorism unit anywhere” in the country.

That doesn’t sound like such a great thing when that unit is under the control of an attorney general who openly wonders whether someone had randomly “wandered into a synagogue” and started a hostage situation (even the mere suggestion is an absurdity) and worries that this is “domestic terrorism” —  the left’s current moral panic.

“We’re seeing an exponential rise in the formation and the membership of these extremist organizations, many of which are white supremacy organizations, and they traffic in hatred against Jews and other minorities,” Nessel said.

“If it does turn out that that is the motivating factor here, it would hardly be a surprise,” she said.

It would indeed be a surprise, though, because this information debunking that narrative was out in public circulation well before Nessel made her appearance on MSNBC.

One suspect has taken the rabbi and three others hostage at a synagogue in Colleyville, TX. The hostage-taker is claiming to be armed and says his sister is Aafia Siddiqui, who was convicted in New York of trying to kill US military personnel

The suspect in the case was British national Malik Faisal Akram. According to The Associated Press, after a 10-hour standoff, the last hostages ran out of Congregation Beth Israel at 9 p.m., at which point an FBI SWAT team entered. Akram, 44, was subsequently killed.

“This is a terrorism-related matter, in which the Jewish community was targeted, and is being investigated by the Joint Terrorism Task Force,” the FBI said in a statement late Sunday (after initially indicating that was not the case).

All of this was extremely predictable — and yet, nobody has to predict it.

There’s no need, as a tragic situation unfolds and an information vacuum exists, to fill that vacuum with conjecture, especially if that conjecture is politically loaded.

We gain nothing when a cable news network brings on Michigan’s attorney general to play “Wheel of Threats” — particularly when the undercurrent of her appearance was to shift the blame upon “white supremacist” organizations when the suspect was demanding the release of an Islamic terrorist.

There are a limited number of inferences you can draw from that information.

The involvement of “white supremacy organizations,” narrative-fulfilling though it may be, isn’t one of them.