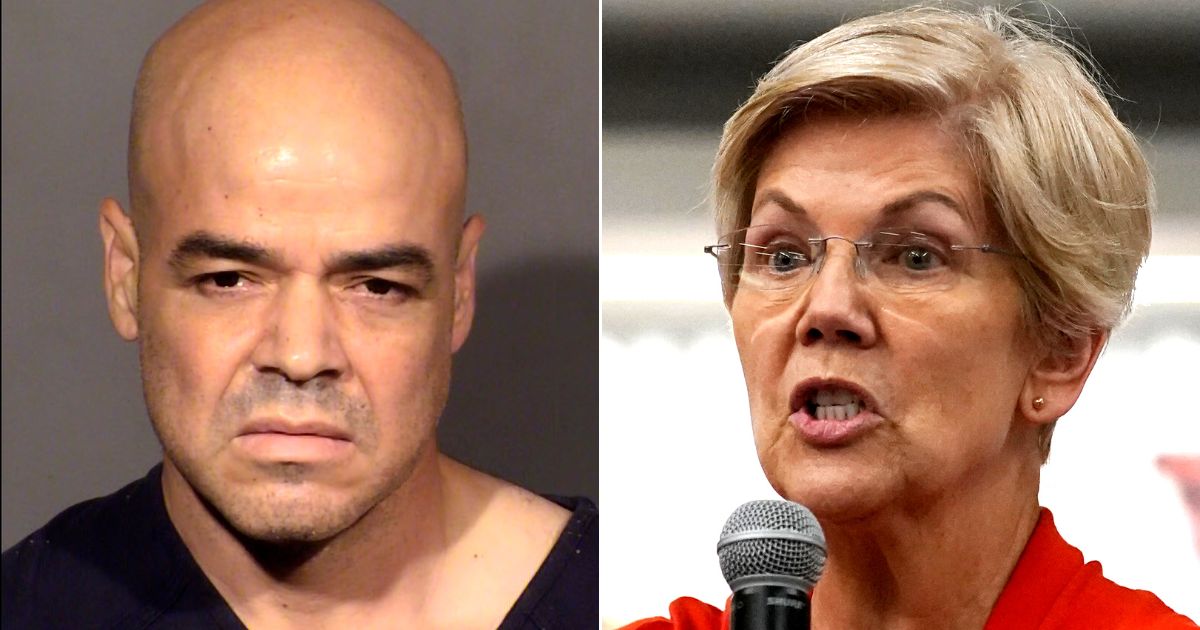 A Nevada Democratic official who has been accused of murdering a journalist once accused Republicans of trying to set Americans “at each other’s throats.”

Clark County Public Administrator Robert Telles was arrested on Wednesday and charged with murder in the stabbing death of Las Vegas-based investigative reporter Jeff German, according to KSNV-TV.

The violent crime is shocking, indeed. And while Telles is innocent until proven guilty, it is notable that he has claimed his political opponents are the ones fomenting conflict.

In 2020, in a tweet addressing comments by Democratic Sen. Elizabeth Warren of Massachusetts, Telles accused the GOP of trying to cause Americans to attack each other.

“There are folks on the other side that really want us at each other’s throats. I think we should all just do our best to support our candidate now, and then support the Democratic candidate in the general election,” he wrote in answer to a tweet that has since been deleted, likely to avoid connection to the accused killer.

There are folks on the other side that really want us at each other’s throats. I think we should all just do our best to support our candidate now, and then support the Democratic candidate in the general election.

The Democratic official’s use of violent imagery in his claim that others are promoting strife is interesting in light of Telles’ arrest on charges that he murdered a progressive journalist.

Is Democrat-inspired violence a problem in America?

The reports likely led to the public administrator’s loss in the June election. Telles finished third in a very close Democratic primary race, with 32.38 percent of the vote to 34.33 and 33.29 percent for the first- and second-place candidates.

The 69-year-old reporter was found dead in front of his home on Saturday. He had been stabbed multiple times, a police report said.

Las Vegas police said a red GMC Yukon Denali matching the description of Telles’ vehicle that was seen at German’s home and DNA evidence found at the scene of the crime led them to arrest the Democratic official, the Review-Journal reported Thursday.

When they confronted Telles, they reported finding “self-inflicted” cuts on his hands.

After being brought in for questioning, he was released and returned home, ignoring questions from reporters, KTNV-TV reported.

Best Reason Ever to Get Concealed Carry Permit: Bail Reform Bill May Spell ‘End of Days’ for Dem City

Robert Telles just arrived at his house. Reporters asked him if he had any comment. I asked why police towed his vehicle. He had no comment. Story: https://t.co/3CSa7B4XeS pic.twitter.com/tgQ7JuI9BX

German’s colleagues were relieved over the suspect’s arrest.

“The arrest of Robert Telles is at once an enormous relief and an outrage for the Review-Journal newsroom,” Executive Editor Glenn Cook said, according to the Review-Journal. “We are relieved Telles is in custody and outraged that a colleague appears to have been killed for reporting on an elected official.”

“Journalists can’t do the important work our communities require if they are afraid a presentation of facts could lead to violent retribution. We thank Las Vegas police for their urgency and hard work and for immediately recognizing the terrible significance of Jeff’s killing,” Cook added.

“Now, hopefully, the Review-Journal, the German family and Jeff’s many friends can begin the process of mourning and honoring a great man and a brave reporter,” he said.

It was an attack of which Scalise himself had to remind left-wing CNN host Don Lemon when Lemon exclaimed that “you don’t see Democrats killing people.”

Aside from the preposterousness of the claim in light of the skyrocketing murder rates in nearly all of America’s Democrat-run big cities, Scalise had to call attention to the fact that one of the worst attacks with political motives in decades occurred at the hands of a murderous Democrat operative.

Hodgkinson is not the only Democrat mixed up in such activities.

Democrats have been arrested for other violent crimes, too.

That doesn’t even include the many Republican campaign offices that have been vandalized or spray painted, had windows broken or were set on fire.

With all this, it certainly seems that Democrats have a violence problem.