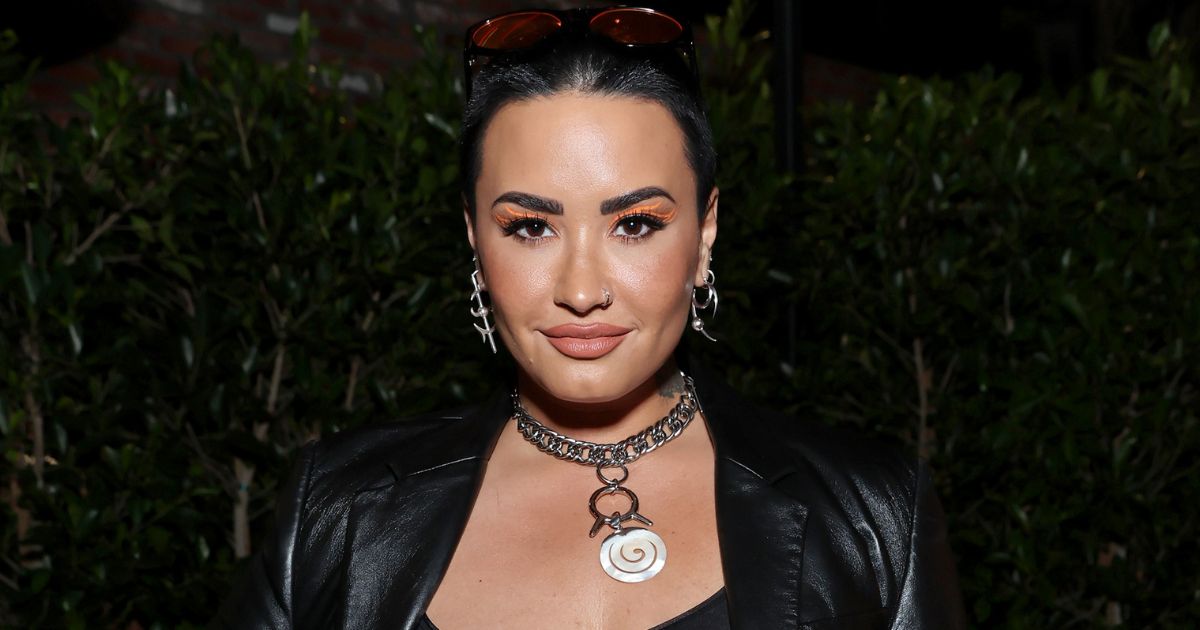 Pop star Demi Lovato is the darling of the “non-binary” set, but whether she realizes it or not, her latest announcement about her “pronouns” is evidence of just how dangerous the transgender movement really is.

Last year, the “Sorry Not Sorry” singer declared she was “non-binary” and made a big splash in the LGBT scene. In a May 2021 post on Instagram, she told fans she would be using the pronouns “they/them” from that point on.

“Today is a day I’m so happy to share more of my life with you all — I am proud to let you know that I identify as non-binary and will officially be changing my pronouns to they/them moving forward,” the former Disney Channel star said.

“This has come after a lot of healing and self-reflective work. I’m still learning and coming into myself, and I don’t claim to be an expert or a spokesperson,” Lovato said.

“Sharing this with you now opens another level of vulnerability for me. I’m doing this for those out there that haven’t been able to share who they truly are with their loved ones,” she concluded.

“Please keep living in your truths and know I am sending so much love your way xox.”

Every day we wake up, we are given another opportunity & chance to be who we want & wish to be. I’ve spent the majority of my life growing in front of all of you… you’ve seen the good, the bad, & everything in between. pic.twitter.com/HSBcfmNruo

Naturally, the accolades for the announcement came in great waves from the LGBT community.

Now, though, Lovato wants to go back to using the traditional — and sane — pronouns of “she/her.”

On Tuesday, the 29-year-old actress and recording star appeared on the “Spout Podcast” and said she had revisited her pronouns proclamation.

Lovato said she is so “fluid” that she no longer feels the need to stick with only the fantastical “they/them” pronouns.

“I’ve actually adopted the pronouns of she/her again,” she said.

Liz Cheney Gets Desperate, Uses Famous Hollywood Liberal to Get People of Wyoming to Vote for Her

“So for me, I’m such a fluid person. … I felt like, especially last year, my energy was balanced and — my masculine and feminine energy — so that when I was faced with the choice of walking into a bathroom and it said ‘women’ and ‘men,’ I didn’t feel like there was a bathroom for me because I didn’t feel necessarily like a woman,” Lovato said. “I didn’t feel like a man.

“I just felt like a human. And that’s what they/them is about for me. It’s just about like feeling human at your core.”

As to her sex life, Lovato currently identifies as “pansexual,” according to Us Magazine. Merriam-Webster defines that as “sexual or romantic attraction that is not limited to people of a particular gender identity or sexual orientation.”

Lovato seems to have a long history of abrupt changes.

In 2018, she was hospitalized for a drug overdose. A year later, she was baptized as a Christian in the Jordan River in Israel. Two years after that, she declared herself “non-binary” and even attacked people for calling space creatures “aliens” because the word has a “negative” connotation.

But even as Lovato’s ideas and opinions seem to be just as “fluid” and prone to wild swings as her sexuality, the “Camp Rock” star’s most recent pronoun declaration shows just how dangerous the whole radical gender agenda is.

Ponder how distressed this young woman would be if she had fully embraced transgender ideology and began using dangerous drugs or even permanent surgical procedures to satisfy her “non-binary” fantasy.

If she had done that, like thousands of young people have today, her sudden realization that being a woman really isn’t that bad would have become a soul-wrenching crisis instead of just another announcement of how she wants to be identified.

Unfortunately, the radical transgender agenda has fooled many impressionable young people into imagining that all they have to do is “identify” as something other than what they are and all their troubles will be over.

But what happens when they later change their minds and in adulthood realize their childish fantasies of changing genders were misguided? If they have undergone life-altering medical procedures, whatever mental troubles they had before the changes will certainly be compounded.

Medical procedures should be the last resort to gender dysphoria, and mental health help should be pursued until it is exhausted as a first option. Unfortunately, flippant treatment of the issue by celebrities makes the specter of serious disorders far, far worse.