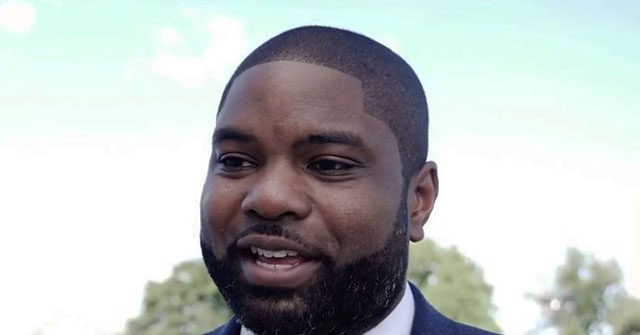 Democrat legislation marketed as advancing “voting rights” has no justification in the events of January 6, Rep. Byron Donalds (R-FL) said on Monday’s edition of the Breitbart Daily News podcast with host Alex Marlow.

Donalds rejected left-wing and partisan Democrat framing of January 6 as an “insurrection.”

He said, “They’re using January 6 like they’ve used everything else to accomplish their agenda. It’s not going to be successful. There’s no reason to federalize elections in the United States. There was no insurrection. There was no coordination to start a riot. That’s very clear from some of the initial findings of the FBI [that] have been released. So, I find it terrible for our country that you have a party who, frankly, has sucked on every issue, and so they have to try to create a dialogue — create a narrative — so they can find the way to maintain power. That’s really as cynical as it is, and it sucks to see for the nation, but that’s what the Democrat Party is.”

The Biden administration is siphoning nurses from Florida to the southern border by “outbidding hospitals” in the Sunshine State, Donalds stated.

Speaker of the House Nancy Pelosi (D-CA) displays a signed article of impeachment against President Donald Trump at the U.S. Capitol on January 13, 2021, in Washington, DC. The House of Representatives voted to impeach Trump for incitement of insurrection. (Photo by Stefani Reynolds/Getty Images)

“This is completely absurd policy,” he concluded, “and people are having to deal with this on the front line, so much so they’re having to bring in the national guard, or keep [staff] in the hospitals who are positive for COVID, but keep them working because they’re vaccinated. This is stupid.”

The representative from Florida said he would not support the Journalism Competition and Preservation Act if the bill advantages “legacy media” over “grassroots journalism.”

“Anything that gives the legacy media or big media a leg up on just grassroots journalism — or, frankly, truthful journalism — I’m not for, [and] I’m not going to be supportive of,” he remarked. “Most of the problems in our country that you have [are related to] the legacy media, who are in the tank because of relationships and contacts, as opposed to just reporting the truth, and letting the chips fall where they may.”

The Breitbart News Daily podcast is available for listening and download via Apple Podcasts, Google Podcasts, Spotify, and Amazon Music.