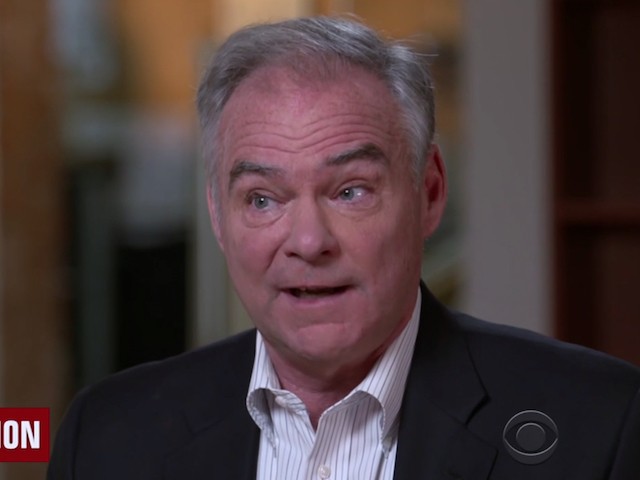 MARGARET BRENNAN: Democratic strategist James Carville was on another network this morning, and he said Democrats whine too much. He said- you’re not talking- he said you’re not talking enough about the infrastructure bill you just passed. You’re talking about things that have failed, and you have a vote scheduled this week that will also fail on voting rights. Why do you think that is an effective strategy to have high profile failures rather than talk about the things that people are saying do matter to them on the economy and inflation?

KAINE: Well, I do think we- we are talking a lot about the infrastructure bill. Certainly, I am, in Virginia and whether it’s broadband road, rail, bridges, ports, airports, electricity grid, it’s going to mean a lot of good for every zip code in the country. With respect to voting rights, look, whatever the pundits say, you know, makes political sense. It is- it is such an existential issue. Those of us who survived the attack on the Capitol Jan. 6 and are witnessing wholesale efforts around the country to make it harder for people to vote and to undermine the integrity of elections, we have to do this. We all have to be recorded at this moment in time about where are we in protecting the right to vote. Right now, it doesn’t look like it has the votes to pass, but we’re going to cancel our Martin Luther King Day recess and be there this week because we think it’s so important for the country. And we will be voting, both on the bills, but also on if we can’t get Republican support for the bills- we have uniform Democratic support, could we find a path to make some rules, adjustments to pass them.

BRENNAN: But you don’t have the votes to suspend that 60-vote threshold. So, what- what kind of mechanism are you envisioning here that is somehow going to get this through?

KAINE: As of right now, we don’t have all 50 Democrats on board with rules changes, but there are a couple of different paths. Some involve rules changes like a carve out to the filibuster. But there’s other paths that we could take where we just- the 60-vote threshold is only if you want to limit debate, we could do longer debate and then in the debate and have a simple majority. But we will have a vote on the bills, and we will have a vote on a rules path to get there because it’s so important for the country.