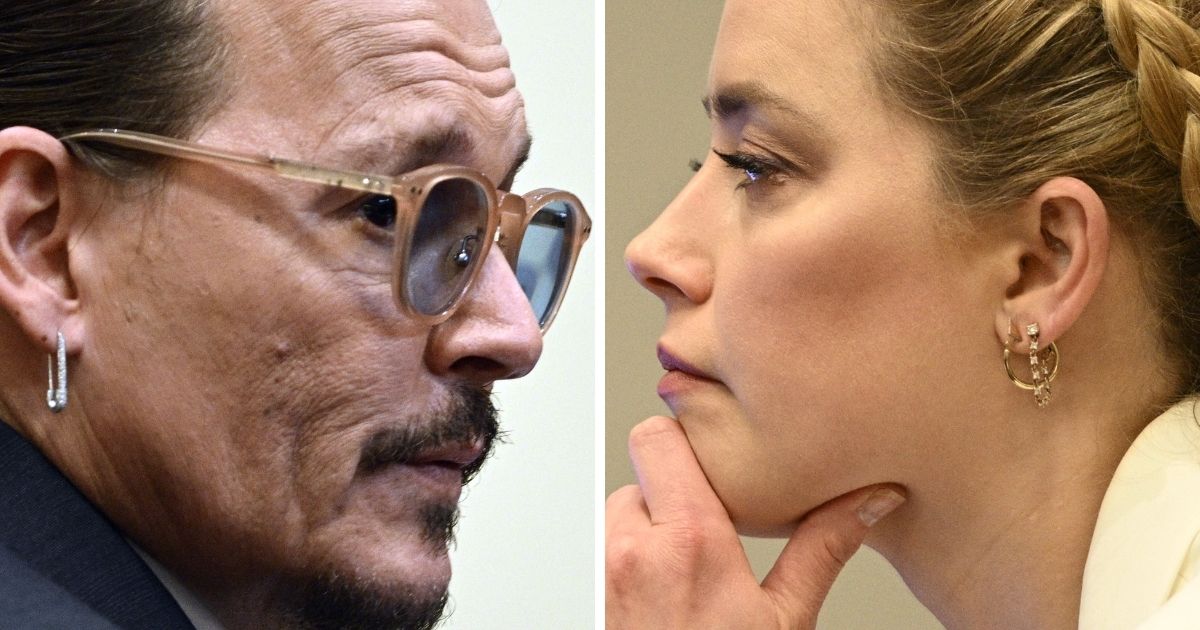 Throughout Johnny Depp’s defamation lawsuit against ex-wife Amber Heard, most of the details that have emerged about the couple’s relationship are not very pleasant. The vile name-calling and allegations of abuse are not a laughing matter.

With that said, one portion of the trial made it difficult not to crack a smile.

According to The Wrap, one of Heard’s attornies, J. Benjamin Rottenborn, was questioning Depp about texts he had sent to Heard. Rottenborn began reading the texts aloud to Depp.

After recounting a long text in which Depp sent many rhyming words to Heard and referred to himself as “DJ Maxipad,” Rottenborn asked whether Depp meant to call Heard a “dumba**” at the end of the text.

Depp said he was not referring to Heard but rather “signing off as ‘dumba**.’”

@youngdumbhoneybun98 More highlights: text messages between JD and AH have been brought up as evidence, showing the “insults” JD has used against Amber, in which he called her (among others) “officer square head” and “lesbian camp counsellor” #johnnydepp #amberherd #freejohnny #courtcase #fyp #fypシ ♬ original sound – Young Dumb Honey Bun

“And then below that, you write, ‘Don’t call me again and do NOT expect anything from me,’” Rottenborn said. “Do you see that?”

Do you believe Johnny Depp is innocent?

“I do see that,” Depp responded. After Rottenborn asked whether he read the texts correctly, Depp responded with a bit of sarcasm.

“You really did,” Depp said coyly.

Despite Depp’s growing impatience, Rottenborn continued to read more texts in which Depp referred to Heard as “Officer Squarehead” and a “lesbian camp counselor.” After a few more minutes of reading seemingly unimportant texts, Rottenborn finally got to his point.

“You agree that referring to Amber as a ‘lesbian camp counselor’ is a highly offensive reference to make, correct?” he asked.

Depp did not concede this point and argued the term was not as controversial in 2013 when he sent the text.

Amber Heard’s Lawyer Objects to His Own Question in Video, Leaves Depp Himself Laughing at Apparent Incompetence

“Amber also called herself a lesbian camp counselor many times, so I don’t think I’m the first to say that,” Depp said.

Rottenborn tried to back Depp into a corner and force him to say he insulted Heard because she did not approve of his alcohol consumption, but one of Depp’s lawyers objected because Rottenborn was asking compound questions.

Judge Penney Azcarate sustained two objections from the lawyer, and the questioning about this string of texts did not result in any substantial evidence.

To be clear, it was not appropriate for Depp to hurl insults at Heard. Insulting someone is not a constructive way to resolve problems.

At the same time, it is hard not to laugh at Rottenborn’s tone during this exchange. For some reason, he seemed to think a few petty insults from Depp were going to completely absolve his client from any wrongdoing.

Depp’s sarcastic and almost disinterested tone was a hilarious contrast to Rottenborn’s somber tone, and it added to the humor of the exchange.

According to The Wrap, there were some texts from Depp that could prove to be more damning. Rottenborn brought up one text from Depp to actor Paul Bettany that could be seen as a threat.

In the text, Depp first suggested the two should “burn Amber!!!” After Bettany refuted that idea, Depp wrote, “Let’s drown her before we burn her!!!”

Depp said the texts were supposed to be a joke based on a Monty Python sketch, BBC News reported. He admitted he was “ashamed” of sending them.

While Rottenborn could build a convincing argument with these latter texts, his focus on petty insults like “Officer Squarehead” is not likely to pay dividends in the trial.