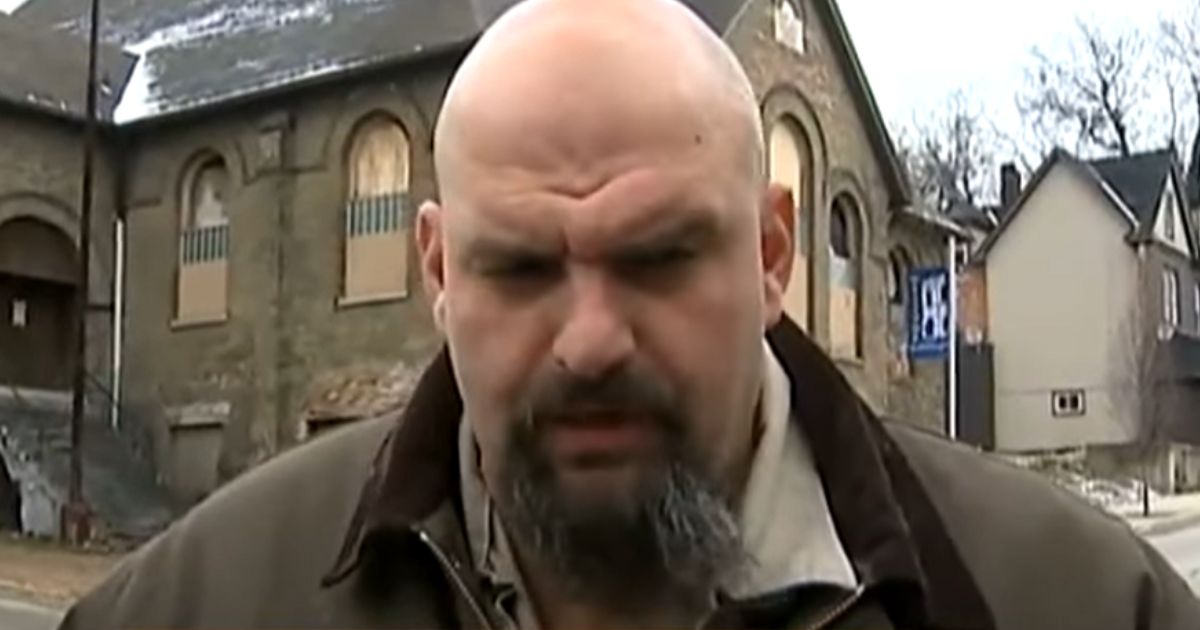 Pennsylvania Lt. Gov. John Fetterman, a Democratic U.S. Senate candidate in the state and vocal proponent of gun control, is being slammed over revelations he pulled a shotgun on an unarmed black man whom he wrongly suspected of a crime.

The video features a report from WTAE-TV in Pittsburgh in which jogger Chris Miyares recounted how Fetterman — who was then mayor of Braddock, Pennsylvania — held him at gunpoint until police arrived after falsely assuming he had committed a crime.

Fetterman told the outlet at the time he had chased Miyares in his pickup truck and — while brandishing a 20-gauge shotgun — ordered him to stop after allegedly hearing gunfire from a nearby street.

He was cavalier when questioned about the incident and did not apologize for his dangerous conduct.

“I believe I did the right thing,” Fetterman said at the time. “But I may have broken the law in the course of it.”

Police searched Miyares for weapons and let him go after concluding he had committed no crime.

However, the young man said he was horrified at having been chased in a pickup truck by Fetterman and then having a firearm pointed at him.

Is Fetterman a hypocrite on guns?

“I pulled my sunglasses off and pulled my earphones out of my ear, and I looked up, and it was the mayor of Braddock,” Miyares recounted to WTAE.

“He jumped in his Ford F-150 and followed me into North Braddock and pulled a shotgun and aimed it at my chest.”

Imagine the outrage from Democrats and their media minions if a Republican had chased down an unarmed black man in a truck and then pointed a gun at him even though the victim had committed no crime.

Not a Joke: Jen Psaki Announces New Job at MSNBC

There undoubtedly would be screeching front-page newspaper stories and breathless cable news reports condemning the entire GOP as a party of “white supremacists” who assume all black men are criminals.

What’s farcically ironic is that Fetterman is an opponent of your Second Amendment right to self-defense, even though he kept a shotgun in his truck and used it on an unarmed person when he wasn’t defending himself or his property.

Fetterman was merely being a street vigilante — something Democrats and the corporate media claimed was “white supremacist” behavior when Kyle Rittenhouse shot back at violent leftist protesters who assaulted him.

The Democratic candidate has made gun control a campaign issue, arguing on his website for “common sense gun safety measures.”

Common sense gun laws are called that for a REASON.

It starts with an F and ends with an R.

We cannot become numb to ever increasing gun violence.

Washington needs to act + take on the NRA by prosecuting gun dealers whose weapons routinely wind up at crime scenes.

And Democrats in the Senate need to scrap the filibuster + immediately pass common-sense reform.

Will the bipartisan Gun Violence bill do everything we need? No.

But I believe it’s real progress that will save lives, and I’d proudly vote for it in the U.S. Senate.

In addition to the rank hypocrisy underscored by this incident, Fetterman is an unfit candidate for U.S. Senate for numerous other reasons.

Even if you’re not a fan of Dr. Oz, it’s glaringly obvious he is a far better choice than this liberal buffoon. Pennsylvanians, are you paying attention?