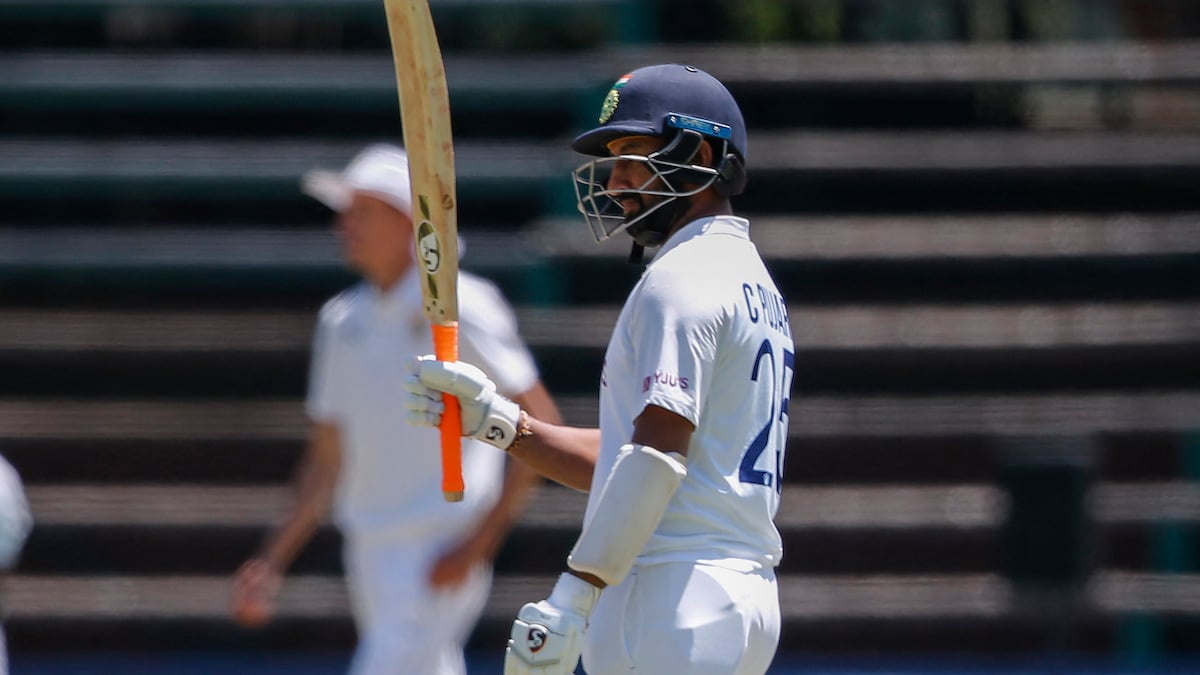 Cheteshwar Pujara might have scored fifty on Wednesday but the Indian batter feels he didn’t do any extra effort for his knock on Day 3 of the second Test against South Africa. Pujara along with Ajinkya Rahane stitched a 111-run stand for the third wicket and helped India extend their lead on Wednesday. Both batters were going through a lean patch but ended up hitting crucial fifties on Day Three of the second Test.

“This pitch has variable bounce and it’s not easy whenever you get a variable bounce, you put it away because you never know when you will get an unplayable ball. It was a part of my game, that if get a loose ball I’ll try and convert it,” said Pujara in the post-match press conference after the end of day three’s play.

“But I didn’t do anything extra, I have been batting well and it was one of those days when everything went as per my plan. Overall really happy with the way things went and I think my partnership with Ajinkya was very crucial, given that we were at a stage where we wanted some runs for the team,” he added.

South Africa need 122 runs to win the second Test against India with six sessions left in the match here. Pujara is confident that India will seal the match on Thursday despite not picking “many” wickets on Day 3.

“Whenever you have some runs on the board it always helps, if you look at this game it has been a challenging pitch but we have runs on the board, so the game is still very balanced. We haven’t picked up too many wickets today but we are confident that we’ll have more chances tomorrow,” said Pujara.

Indian Test captain Virat Kohli had a spasm on his upper back on Monday morning and was ruled out of the second Test.

“He (Kohli) is defintely getting better and I feel he will soon be fit,” said Pujara on Wednesday.

South Africa folded India for 266 in the second innings and then got to a decent start as their score read 118/2 at the Stumps on Wednesday. South Africa started the chase cautiously as skipper Dean Elgar and Aiden Markram survived a tricky phase before Tea on Day Three.