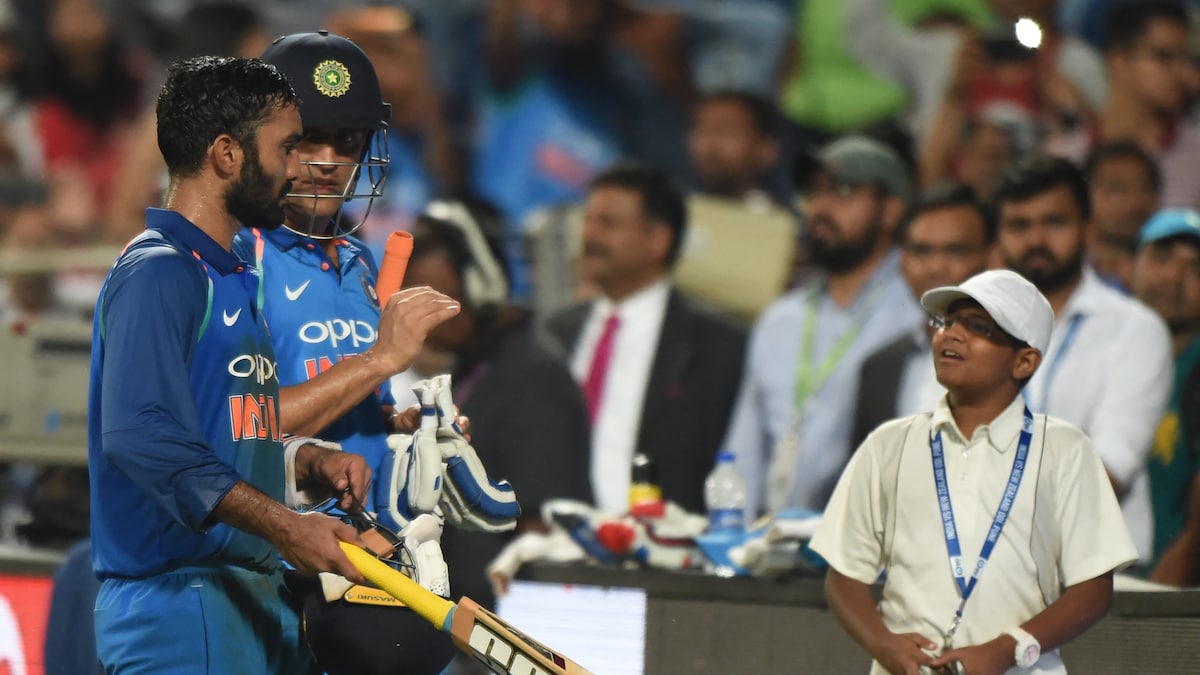 With less than a week to go for the India vs West Indies ODI series which will also mark the beginning of Rohit Sharma’s journey as a full-time captain in limited-overs cricket, there is still no clarity on who will take over India’s Test mantle after Virat Kohli decided to step down as skipper last month. Sharing his thoughts on the subject, veteran wicketkeeper-batter Dinesh Karthik said he can’t comment on the reasons behind Kohli’s unexpected decision to quit as Test captain but he recalled MS Dhoni “clearly saying” it is “hard” to have split captaincy in Indian cricket. “I remember MS Dhoni saying very clearly that India as a cricketing nation is very hard to have split captaincy,” Karthik told news agency ANI.

Rohit Sharma is the designated vice-captain in Tests, which makes him one of the frontrunners to become an all-format captain but there is a school of thought that believes someone like a KL Rahul or Rishabh Pant can be given the responsibility in the longest format while Rohit continues to lead in white-ball cricket.

Kohli decided to step down a day after India lost the three-match Test to South Africa 1-2 despite winning the first Test comfortably.

Karthik said he is aware of the efforts that Kohli puts before each match.

“It is unfair for me to answer this question because only Virat knows why he took that decision to step down as captain and I am sure he has a good reason behind it. He has led India so well and he has taken the Test team to a very strong place. As a person who has been part of the team and has played under him, I know the amount of effort he puts in every time he goes out to the field,” Karthik added.

Karthik, who last played for India in the 2019 ODI World Cup semi-final against New Zealand, said he hopes Kohli looks back at his captaincy tenure as a very successful one.

“He gives it everything he has. It has been a great joy for me to have been part of that journey, he has been one of the top captains for India in Test cricket, I hope when he turns back, he looks at all the pleasant memories and the good memories and he has a good time thinking about the success he has had as the captain,” added the 36-year-old wicketkeeper-batter.