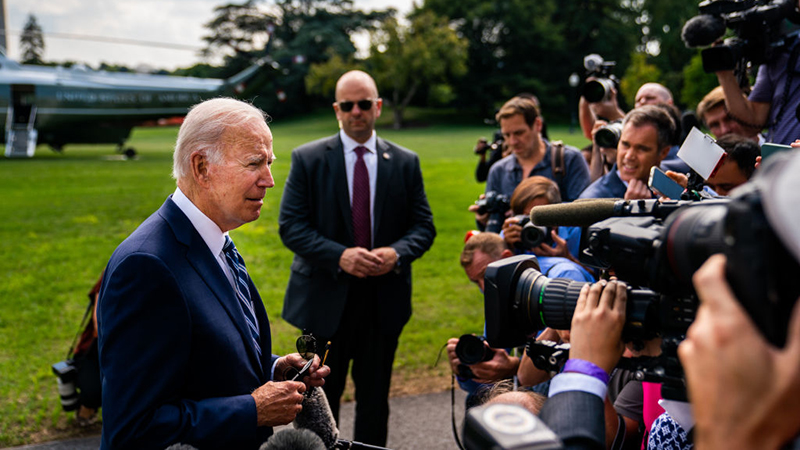 The current chair of the Democratic National Committee has defended Joe Biden’s comments about half the country being “semi-fascist”.

Appearing on CBS’s Face the Nation, Jaime Harrison claimed Biden was “calling what it what it is” in reference to the ‘Make American Great Again’ agenda.

“Well, the one thing that President Joe Biden has been is always been consistent,” Harrison continued, adding “He has always been somebody who does what my grandfather used to do, which is speak it plain, say it plain to the American people.”

Over at NBC News, Peter Alexander pointed out that Biden ran on a promise of uniting the country, but now he’s essentially calling those who disagree with him Hitler.

“This wasn’t a teleprompter speech. This is what he’s been thinking. He said it out loud. This was done not on camera…this also becomes problematic because, you know, this is the guy who wanted to be a unifier,” Alexander noted:

When Biden was again asked to explain what he means by the term “semi-fascism” this past weekend, he smirked back at a reporter and said “You know what I mean.”

The Governor continued, “We can say all the Democrats are communists; they’re all ultra-socialist communists that just want to bring down our capitalistic market. That’s not true of Democrats either.”

Sununu further urged that “When we allow ourselves to talk in these extremes, we polarize the country, we bring people further apart. If I remember, [Biden] was the guy, the candidate at the time, to be president that said he was going to bring everybody together, and then to call half of America fascist, come on. Look, he owes an apology. That’s not appropriate. That isn’t leadership.”

Meanwhile, Biden chose to hang out with Jay Leno this weekend, rather than acknowledge the anniversary of the deaths of 13 US soldiers killed in Afghanistan during the calamitous withdrawal.