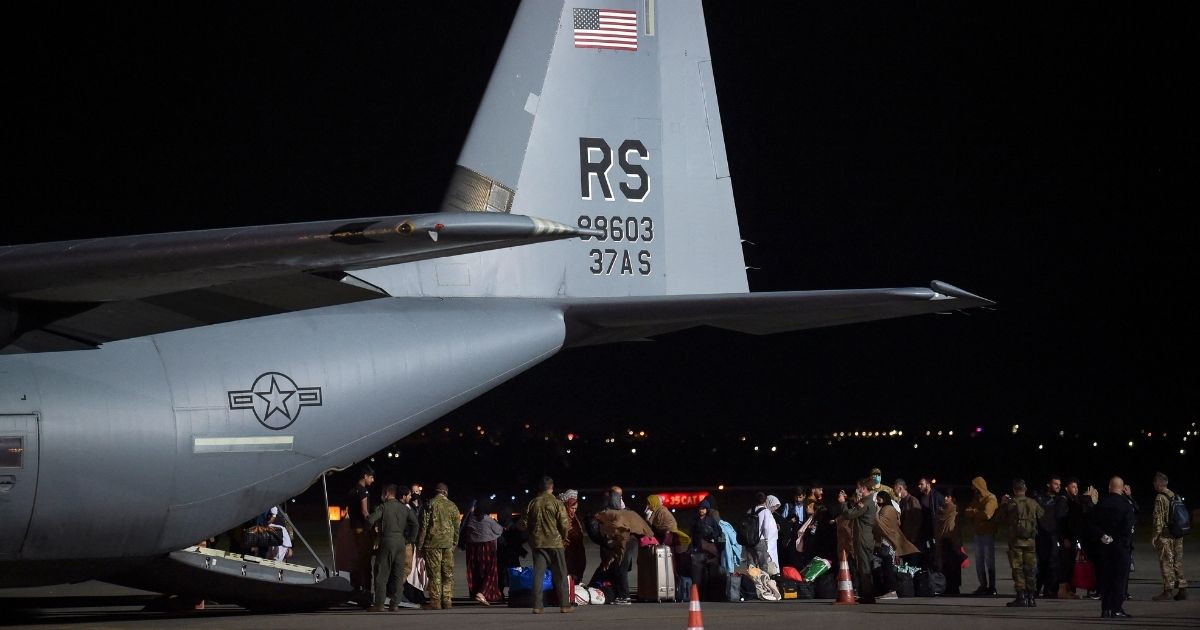 When Afghanistan fell to the Taliban last year, the Biden administration was roundly criticized for the way it handled virtually every aspect of the bungled withdrawal of U.S. troops.

From the mad scramble to evacuate to the pricey equipment left for the Taliban’s perusal to the 13 U.S. service members killed to the untold number of Americans abandoned behind enemy lines, the whole thing was a mess — one the American public isn’t likely to forget any time soon.

Now, however, it appears the American public is at risk of further deadly fallout from the botched withdrawal, as at least 50 potential terrorists managed to sneak their way into the U.S. interior despite the administration’s promise that evacuees would be thoroughly vetted.

According to Just the News, the Department of Defense’s inspector general revealed in a report to Congress this week that dozens of evacuees who pose “potentially significant security concerns” were admitted into the country last year.

“Significant security concerns include individuals whose latent fingerprints have been found on improvised explosive devices and known or suspected terrorists,” the report said.

The inspector general found that Afghan refugees were not vetted against all available data prior to arriving in the U.S. and that 31 of the potential security concerns had “derogatory information” on their records.

What’s worse, the administration can’t locate 28 of them.

Last year, President Joe Biden insisted that Afghan nationals were being thoroughly vetted before being allowed into the U.S.

“We are conducting thorough … security screening for everyone who is not a U.S. citizen or a lawful permanent resident,” he said in August, according to The Hill. “Anyone arriving in the United States will have undergone a background check.”

“Our security vetting process is so thorough that even as people are vetted before they come — they go through a background check before they come — we implement multiple layers of checks, including a confirmation, in some cases, on landing,” she told reporters in August.

This isn’t the first hint that the Biden administration bungled not only the withdrawal but the vetting of refugees.

Putin Must Be Laughing: Biden Slurs His Words, Speaks Nonsense During Update on Russia and Ukraine

In October, a female service member was allegedly assaulted by three evacuees at a New Mexico military base, and in September, there were reports of evacuees who had managed to enter the country with child brides whom they had sexually assaulted on bases in the United Arab Emirates and the U.S.

Is it any wonder that as Biden was handing the Taliban fancy new equipment, refusing to refer to them as our enemies, letting them control the Kabul airport, and giving them veritable kill lists of Americans and allies, he was also failing to vet evacuees who were being allowed into the interior of our country?

The Biden administration doesn’t exactly have a great record on national security — just look at the southern border.

The withdrawal from Afghanistan and its aftermath were a complete and utter disaster, as is the Biden presidency as a whole.