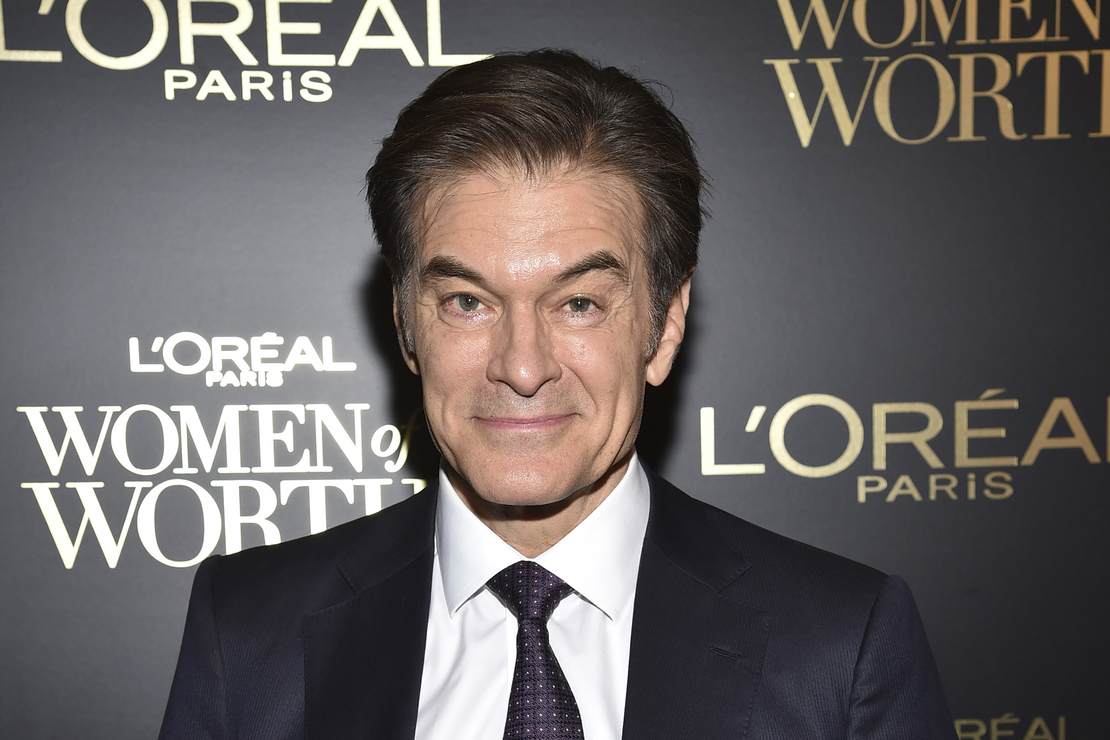 He’s not doomed, for the simple reason that no Republican is doomed in a year like this one unless they’re running in a D+15 jurisdiction. Pennsylvania is considerably redder than that. Oz will have a fighting chance all the way to Election Day.

And there’s something else working for him, the John Fetterman health crisis. It may be that complications from his stroke will leave Fetterman unable to campaign in earnest this summer and fall, either forcing Dems to replace him on the ballot with someone less popular or asking Pennsylvania swing voters to gamble that he’ll be able to do the job of a senator if they elect him. As I write this, Fetterman still has yet to return to the trail despite having had his heart scare more than a month ago. Maybe doubts about his fitness will tip the scales to Oz in the end.

But as things stand today, there’s no way to absorb this AARP poll and not come away thinking the GOP is at dire risk of losing this seat in a national environment in which they shouldn’t be losing anywhere that’s remotely competitive. Ask yourself where you’d expect a generic Republican candidate to be polling in Pennsylvania knowing that Biden’s job approval there looks like this:

My eyes glazed over at that split among independents. Pitted against a generic Democrat, I’d expect a generic Republican to be leading 54/46 or thereabouts with an anchor as heavy as Biden around Team Blue’s ankles. Against a good candidate like Fetterman, maybe I’d make it 52/48.

But Oz isn’t a generic Republican. Oz is … this guy:

He’s down double digits in net favorability in every demographic except Republicans and he’s not lighting up the scoreboard with them either. Somehow, despite months of rising inflation and soaring gas prices, Oz’s favorable rating is worse than Biden’s approval rating. Fetterman, meanwhile, pulls a 46/36 overall favorability and is +80 net within his own party in contrast to Oz’s +15 among Republicans.

Put it all together and Fetterman leads, 50/44. Again, that’s not doom — especially when we remember how pollsters lowballed Republican support in 2020 — but even a strong Democratic candidate has no business leading (let alone reaching 50 percent) in a swing-state Senate race in the year of a Republican tsunami. Oz is just a bad, unpopular candidate, likely too centrist for MAGA fans, too Trumpy for Democrats, too sketchy from his years of new-age TV doctoring for undecideds, and too much of a carpetbagger for everyone.

You can’t console yourself with the idea that the AARP data is an outlier either. It isn’t. Last week a Suffolk poll showed Fetterman leading Oz, 46/37, broadly in line with today’s results. There too Oz was fantastically unpopular, rating 28/50 in favorability compared to Fetterman’s 45/27. Maybe Oz’s numbers will improve as lingering hard feelings from Dave McCormick and Kathy Barnette voters soften over time, bringing some Republicans back into the fold following a tough primary.

But I wouldn’t bet heavily on it:

Touting party unity, Mehmet Oz said in two Fox appearances that “all” of his former primary rivals have endorsed him…which prompted third-place Kathy Barnette, who got more than 330,000 votes, to say this: https://t.co/AdIykBy5Hy pic.twitter.com/RBqO3B09zi

The worse inflation and fuel prices get, the better Oz’s chances get. He absolutely could win this election despite rocking a 30/63 favorable rating thanks to the national Biden malaise. But if Fetterman recovers physically and convinces voters that he’s fit for service, there’s a nonzero chance that he wins this race comfortably, a near-impossibility approaching a feat of magic in a year like this.

And that’s not the only ominous data in the AARP poll.

I’ve made my feelings clear about Doug Mastriano in earlier posts. He’s a menace to American democracy whose victory in Pennsylvania’s gubernatorial race would raise the odds considerably of a constitutional crisis in 2024, particularly if Trump is the Republican nominee. He’s so fringy that his Democratic opponent, Josh Shapiro, ran an ad during the Republican primary highlighting Mastriano’s Trumpiness, knowing that would endear him to Republican primary voters. Shapiro wanted to face Mastriano in the general election because he believed he was the easiest Republican candidate to beat — which may be true.

But he forgot that no Republican will be easy to beat in 2022.

Two polls have now confirmed that Mastriano is very much in this race and capable of winning. Suffolk had him down four points to Shapiro, 44/40. Today’s AARP poll has it tighter than that, 49/46. Again, a generic Republican would probably be winning outright: Mastriano’s favorable rating is 37/44 while Shapiro’s is 47/34. But Biden’s catastrophic decline among independents is a heavy weight on Shapiro’s shoulders. Behold:

Mastriano is 18 points ahead of Shapiro among independents. Eighteen farking points. He also polls better on favorability among indies than Shapiro does, breaking even at 38/38 while Shapiro scores 32/41. It may be that Mastriano’s numbers will decline once Shapiro’s team really goes to work on him and begins educating voters about what he believes and what sort of civic threat he represents. But Mastriano has been shrewd about not aiding that education campaign: He’s avoiding national media requests and sticking to social media streaming so far, which deprives journalists of chances to confront him about his insurrectionist crankery and to highlight it in their reports. He may end up running a version of Biden’s basement campaign, believing that in a year when voters nationwide are open to electing any Republican on the ballot, all he has to do is lie low, keep them in the dark, and let political gravity work for him.

It could work. If the election were held today, I might even rate him as the favorite. God help us.

As for Oz, it’s a cinch that the little-known and therefore more generic Republican McCormick would have been more competitive with Fetterman. I’ll leave you with this bit of trivia from Josh Kraushaar. Kathy Barnette may have ended up inadvertently handing this seat to Democrats after all.

One Republican involved in the Senate primary found the same dynamic from their internals — lots of “no Oz” voters that “liked” McCormick but weren’t 100% sold. Barnette won a lot of these voters.