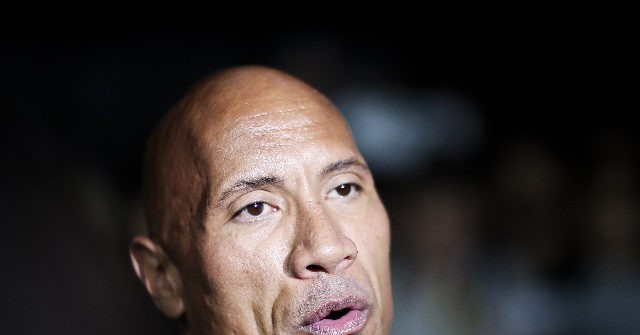 “don’t be angry Ms Katie. It’s not our fault you’re turning tranny tricks to put yourself thru nursing school,” the Red Notice and Jungle Cruise star wrote in a 2011 tweet.

He doesn’t want people to see it.

What a cowardly BITCH! pic.twitter.com/dT4jWce5KQ

Johnson’s tweet resurfaced after he responded to criticism of his support for Rogan, stating “I was not aware of his N-word use prior to my comments,” adding that this has been a “learning moment” for him.

Social media users quickly pointed out that a lot of Johnson’s comments — that were once considered harmless — are now considered a cancelable offense in today’s woke, irascible society.

Unlike Johnson’s 2011 tweet, however, not everything from one’s past can be quietly deleted.

Others on social media resurfaced a video clip of the WWE star referring to someone as a “bloated transvestite Wonder Woman.”

Please DO NOT RT this clip as the regime is trying to cancel Joe Rogan today pic.twitter.com/BJsD3ceOLs

Johnson’s “transphobic” tweet and videos have been dug up in a “people who live in glass houses shouldn’t throw stones” type of way after the actor tried to distance himself from Rogan.

The podcaster has been under attack ever since hosting two guests — Dr. Peter McCullough and Dr. Robert Malone — on his podcast, who “have an opinion that’s different from the mainstream narrative” regarding coronavirus-related issues, he said.

Musicians David Crosby, Stephen Stills, Graham Nash, Nils Lofgren, and India Arie have since come out against Spotify — following in the path of Neil Young — who has launched what has become a media-fueled effort to censor and deplatform Rogan.