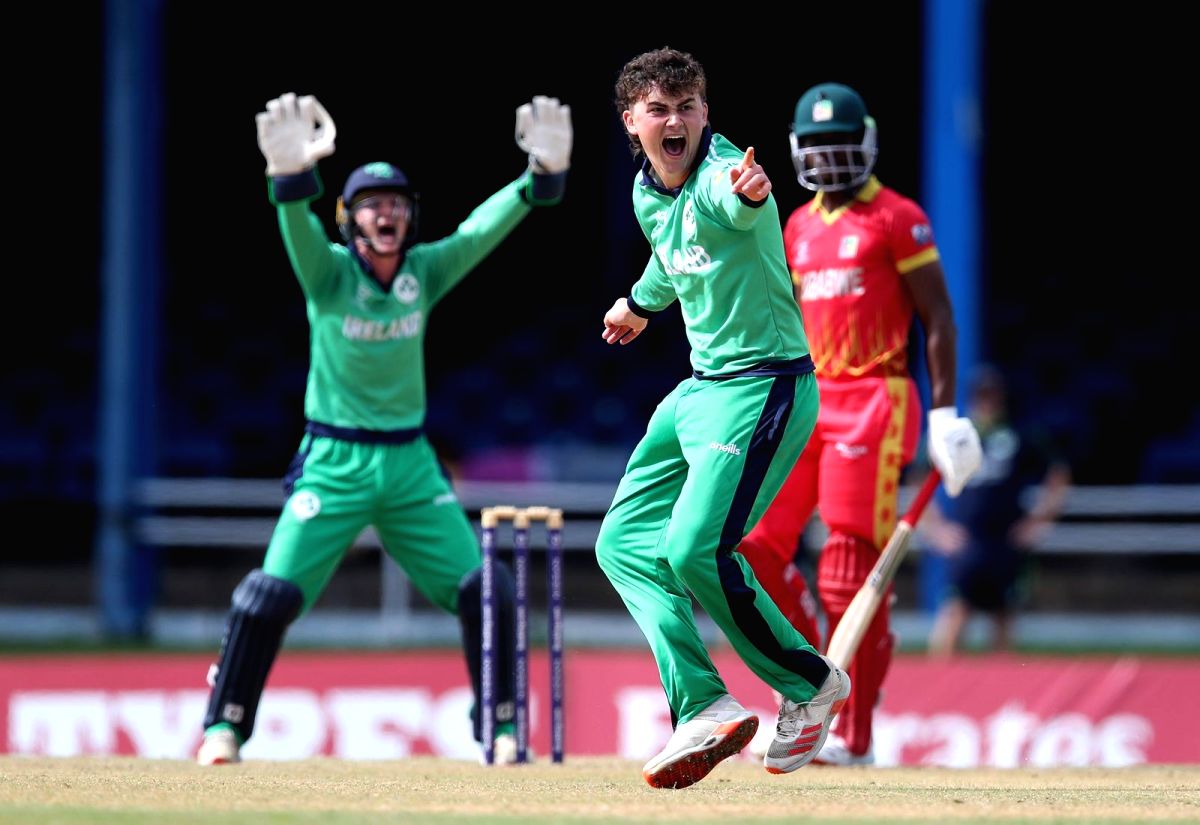 Port Of Spain : , Jan 29 (IANS) An earthquake off the coast of Port of Spain sent mild tremors through the Queen’s Park Oval here on Saturday during the match between Zimbabwe and Ireland at the ongoing Under-19 World Cup.

The tremors had no impact on the game, but the commentators mentioned the tremors they experienced during the live broadcast.

Ireland spinner Matthew Humphreys was bowling the fifth bowl of the sixth over to Zimbabwe batter Brian Bennett when the front-on camera showing the action began to shake furiously. However, the play didn’t stop as Bennett played a defensive shot to mid-off, and then dispatched the next ball to the boundary, a report in ESPNcricinfo said.

Andrew Leonard, the ICC commentator calling the action, said as soon as the camera began to wobble: “We are… I believe we are having an earthquake right now. In the box. We are indeed having an earthquake (laughs). It felt like not just a train going by behind us, but the whole Queen’s Park Oval media centre rocked.”
The earthquake also did not impact the broadcast either in any other way.

Zimbabwe and Ireland are competing for positions 9-12 at the World Cup in the Plate League, after finishing third in their respective groups. Port of Spain will also host the Plate final on January 31, with both these teams competing for a spot in that.