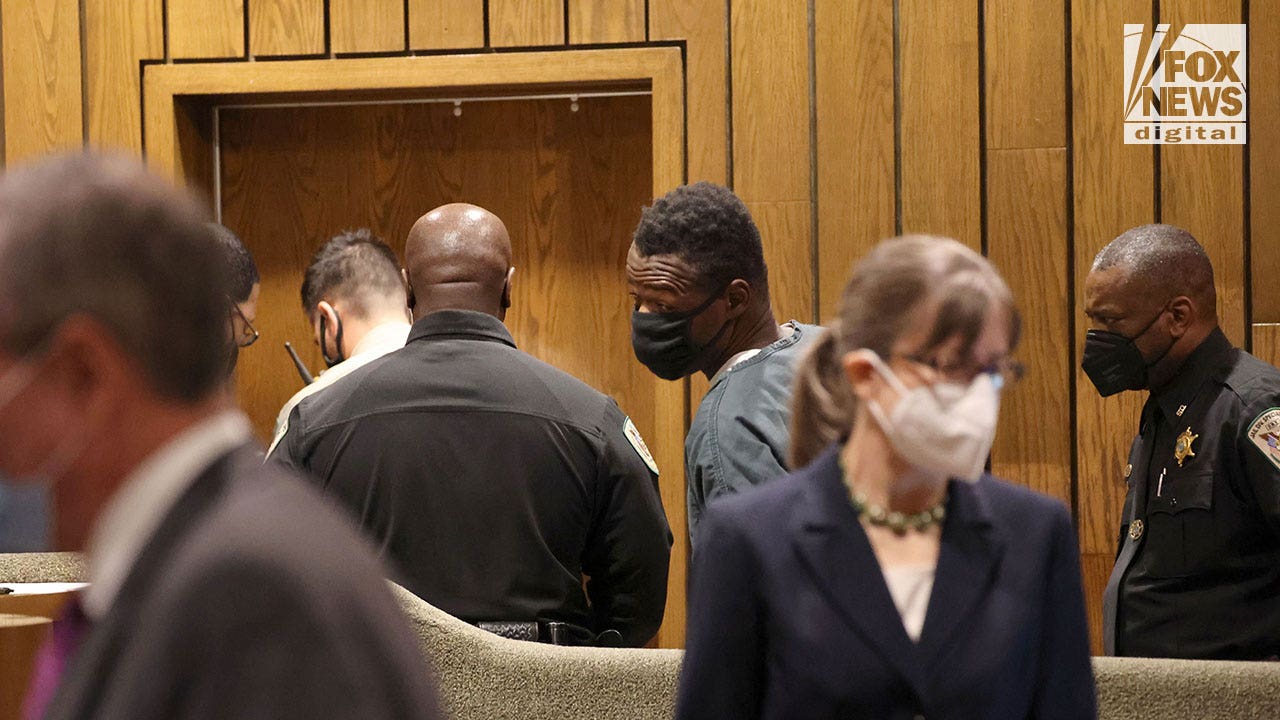 MEMPHIS, Tenn. – Memphis murder suspect Cleotha Henderson served roughly 20 years of a 24-year sentence in state prison after the May 2000 abduction and robbery of the attorney Kemper Durand – but he was never granted parole, according to authorities and court records.

Henderson’s sentencing documents noted that the court ordered him to serve “100%” of his 24-year sentence due to his violent criminal past under the Sentence Reform Act of 1989. His juvenile rap sheet already included five charges of aggravated assault, a rape charge after he turned 14, and the gunpoint kidnapping of Durand when he was 16.

The five aggravated assault charges came between Sept. 1997 and Oct. 1999. He had seven theft cases between 1995 and 1999, plus additional charges of evading arrest and trespassing. He was first incarcerated as a juvenile in 1997, after his fourth offense.

At 38, Henderson has spent more than half of his life in a Tennessee prison. If he had not been released early, he would have been behind bars on the day police allege he abducted and killed a Memphis mother of two named Eliza Fletcher as she ran her morning jogging route.

The suspect did not receive a parole hearing, and the Tennessee Board of Parole on Wednesday distanced itself from earlier remarks made by Memphis’ top prosecutor, which it deems untrue and “defamatory.”

“Earlier today, Shelby County District Attorney General Steve Mulroy falsely stated in a national TV interview that Cleotha Abston [Henderson], the suspected kidnapper of slain Memphis schoolteacher Eliza Mitchell had been paroled,” the Tennessee Board of Parole said in a statement. “This is a completely erroneous and defamatory statement.”

Mulroy has been on the job for just over a week. In an alleged misstatement, he characterized Henderson’s early release as “parole.”

“Our office opposed parole in this case, and I think appropriately so, given his extensive record of violent crimes before the conviction for the kidnapping.” he said. He was not in office at the time of Henderson’s release.

His office did not immediately respond to a request for comment from Fox News Digital but posted a retraction to Twitter.

“I regret the error,” he wrote.

The parole board issued a lengthy statement dispelling any connection between its process and Henderson’s release.

“The Board did not have any involvement in Mr. Henderson’s release as he was not parole eligible due to his sentence structure, which is determined by the courts who apply the laws established by the state legislature,” the board’s communications director, Dustin Krugel, said.

Henderson never had a parole hearing and was ineligible for one, according to court documents obtained by Fox News Digital.

“The parole board has contacted the Shelby County District Attorney General office and demanded for an immediate retraction,” Krugel said.

Parole eligibility is determined by statute and the law under which a suspect is convicted, according to authorities.

“The Tennessee Department of Correction is the official timekeeper for all state offenders,” Krugel said. “TDOC determines eligibility by calculating sentences and sentence credits (time served or granted as incentive) in compliance with Tennessee Code Annotated sections 40-35-501, 40-28-115 through 117.”

Henderson was given a 512-day credit for time served, court documents show, and then likely saw some additional time shaved off with other credit incentives, authorities said on background.

The Department of Correction did not respond to multiple requests for comment or emailed questions about specific details that led to Henderson’s release. According to the state’s website, early sentence-reduction credits “are earned by demonstrating acceptable behavior and participating in work or educational programming.”

Depending on how long an inmate has been incarcerated, they can be earned at a rate of several days per month. They can be docked for bad behavior.

“Public safety is always the Board’s No. 1 consideration when any parole-eligible offender is being considered for release for supervision in the community by TDOC,” Krugel added.

The defendant asked the judge in court Wednesday morning to us his paternal surname Henderson in future court proceedings.

He’s due back in court again Thursday morning. So is his brother, who was arrested over the weekend on unrelated charges after police searched his apartment in connection with Fletcher’s abduction and allegedly found 27 grams of fentanyl, heroin, and a handgun he was not lawfully allowed to possess.

Michael Ruiz is a reporter for Fox News Digital. Story tips can be sent to michael.ruiz@fox.com and on Twitter: @mikerreports