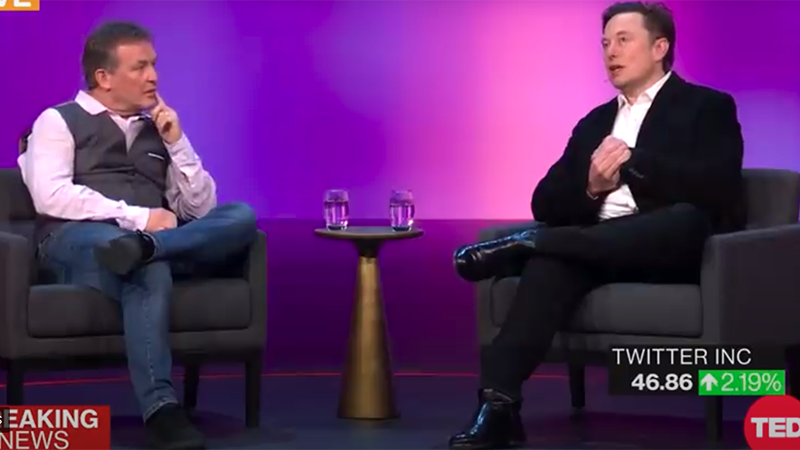 Speaking at the TED conference in Vancouver, Elon Musk explained why he feels it is imperative that he buy Twitter, declaring that it is “extremely important for the future of civilization” that the platform is turned around from being an echo chamber that censors certain opinions.

He continued, “I think the situational risk is decreased the more we can increase the trust of Twitter as a public platform.”

Referring to his effort to stop the cancel culture environment that has taken over at Twitter, Musk said “I do think this is going to be something somewhat painful.”

“I’m not sure that I will actually be able to acquire it. The intent is to retain as many shareholders as is allowed by the law… This is not a way to make money,” Musk further emphasised.

The Telsa CEO further urged that his “strong intuitive sense is to have a public platform that is maximally trusted and broadly inclusive,” and that it “is extremely important for the future of civilization.”

When news of Musk’s intentions broke Thursday morning, all hell broke loose among the woke brigade who suddenly don’t think its a good idea for wealthy tech billionaires to have control over the internet.

Writers at The Washington Post, owned by Jeff Bezos, were particularly upset at the prospect of Musk (not their brand of tech billionaire) gaining control of Twitter.