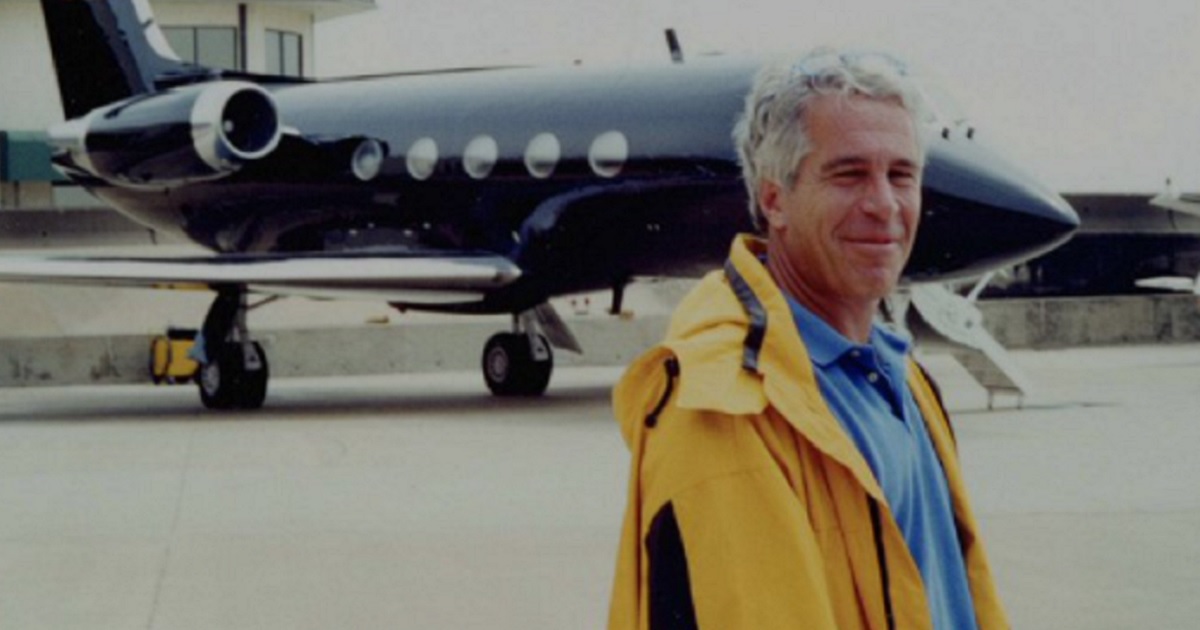 It was high living, Jeffrey Epstein-style.

Jurors in the sex-trafficking trial of Ghislaine Maxwell, sometime paramour and longtime associate of the deceased financier and convicted sex offender, got a glimpse this week of some of the circles Epstein traveled in before his death in a federal prison cell more than two years ago.

And as a former pilot on Epstein’s private jet testified, his acquaintances included some of the most famous men in the world.

It wasn’t just former President Bill Clinton who logged significant flying time on the plane known as “The Lolita Express.”

How much time Clinton actually spent is a matter of dispute. He admits to being on four flights; flight records show at least 26.

Raise your hand if you automatically believe Bill Clinton about anything. (Your left hand.)

Epstein’s pilot just said that Clinton flew on the plane many times. We know of 26 locations Clinton flew with Epstein. This is getting dangerous.https://t.co/XlIXoe8bir

It wasn’t just former President Donald Trump, who banned Epstein from his estate in Mar-a-Lago in Palm Beach County, Florida, and is known to have flown on the Epstein jet just once.

It wasn’t even just Prince Andrew of the British royal family whom pilot Lawrence Paul Visoski Jr. remembered flying around the world.

During his testimony Tuesday, according to the New York Post, Visoski also dropped the names of several well-known figures.

John Glenn, the first American to orbit the earth in space who later became a Democratic United States senator from Ohio, was mentioned, along with former Sen. George Mitchell, the Democrat from Maine best known for helping lead the 9/11 Commission into the terrorist attacks on New York and Washington in 2001 and forging a lasting, if occasionally tenuous, peace in Northern Ireland.

There were also big names from the world of entertainment like internationally known violinist Itzhak Perlman and — perhaps not so surprisingly — actor Kevin Spacey, a man with a reputation nearly as bad as Bill Clinton’s.

Here, Jeffrey Epstein stands in front of his Gulfstream G2B aircraft. He had three. The one that has been dubbed the “Lolita Express” was the Boeing. pic.twitter.com/mbun7qw8kQ

Ghislaine Maxwell Allegedly Appears with JonBenét Ramsey in Resurfaced Photo: Then She Disappeared

Having big names on board is probably par for the course when you’re a pilot for a man as wealthy as Epstein was before his death (if he wasn’t a billionaire, he was worth hundreds of millions, according to a Fortune article from 2019.)

But there’s no doubt the big names Epstein associated with are regretting their acquaintance with the man who pleaded guilty in 2008 to procuring a minor for prostitution as a way to settle accusations of multiple sex crimes.

While Maxwell’s trial — and Visoski’s testimony — provides liberals with a finger-pointing opportunity to claim Trump had an involvement with Epstein, the situation for Bill Clinton is worse.

His relationship with Epstein was closer (Epstein favored Democrats), he flew on Epstein’s plane much more often and, realistically speaking, his reputation for sexual misbehavior is not only worldwide, it’s a matter of historical record.

(In fact, it was just featured in the FX drama “Impeachment: An American Crime Story”).

It would be hard to find an honest American who would claim true surprise to hear of anything the 42nd president might have done when it comes to the fairer sex.

But for all of Epstein’s associates — very much including Prince Andrew — the trial of Ghislaine Maxwell on charges of procuring underage girls to satisfy the late financier’s unnatural sexual urges has to be opening up some very unwelcome cans of worms.

As Epstein showed before his “suicide” more than two years ago, the higher anyone flies, the farther, and harder, the fall.