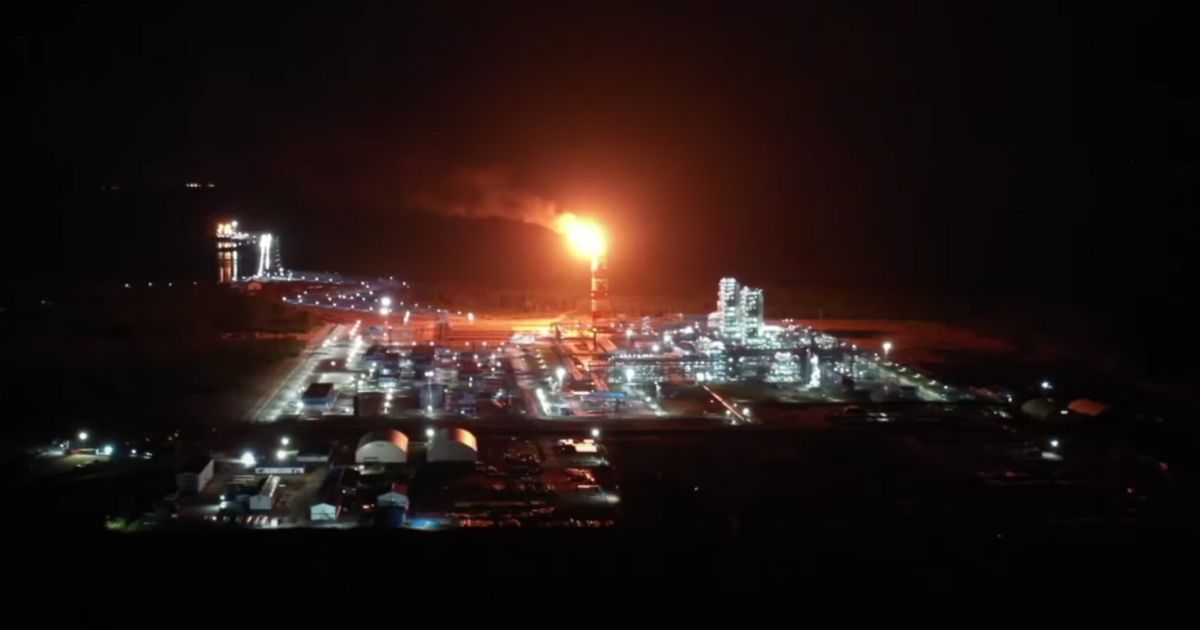 While European nations are struggling to prepare for a cold winter with natural gas supplies choked off by Vladimir Putin’s Russia, reports have begun to trickle in that Gazprom, Russia’s state-owned gas company, is burning off massive amounts of natural gas daily.

The BBC has reported the natural gas plant of Portovaya, near the Finnish border with Russia, is burning off an estimated $10 million worth of gas each day. According to the report, experts say that gas previously would have been exported to Europe.

Miguel Berger, Germany’s ambassador to the UK, told BBC News that the European Union’s efforts to cut back on imports of Russian gas were “having a strong effect on the Russian economy”.

“They don’t have other places where they can sell their gas, so they have to burn it,” he suggested, casting a rather optimistic image of the situation.

But what if the extremely visible torch burning through the rapidly chilling Northern European nights represents something else entirely?

Mark Davis, CEO of Capterio, a firm that works to find more environmentally friendly alternatives to gas flaring, told BBC he believes the flaring is a deliberate action made for operational causes.

“Operators often are very hesitant to actually shut down facilities for fear that they may be technically difficult or costly to start up again, and it’s probably the case here,” he told BBC News.

Gazprom “may have intended to use that gas to make LNG at the new plant, but may have had problems handling it and the safest option is to flare it off,” BBC reported.

However, Sindre Knutsson of Rystad Energy, an energy consulting firm from Norway, held a different view of what the flaring of such massive quantities of gas could be: A message.

Is Russia purposefully holding back energy from Europe?

“While the exact reasons for the flaring are unknown, the volumes, emissions and location of the flare are a visible reminder of Russia’s dominance in Europe’s energy markets,” Knutsson explained to the BBC.

“There could not be a clearer signal – Russia can bring energy prices down tomorrow. This is gas that would otherwise have been exported via Nord Stream 1 or alternatives.”

Analysts at Rystad  also expressed alarm, calling the flaring “an environmental disaster with around 9,000 tonnes of CO2 being emitted daily,” according to Reuters.

“Of particular concern with flaring at Arctic latitudes is the transport of emitted black carbon northward where it deposits on snow and ice and significantly accelerates melting,” Professor Matthew Johnson of Carleton University in Canada told the BBC. “Some highly cited estimates already put flaring as the dominant source of black carbon deposition in the Arctic and any increases in flaring in this region are especially unwelcome.”

While Biden Takes 49th Trip to Mansion, 20 Million American Homes Are on the Brink of Disaster

Environmental concerns aside, fuel prices in Northern Europe overall and Germany, in particular, have been steadily rising in response to Gazprom cutting the NordStream 2 pipeline’s flow by 80 percent in July. Imports from Russia had previously accounted for 40 percent of the overall gas used in the EU.

The situation with Russia has led Germany and Spain to impose energy-saving restrictions and scramble for alternate sources of gas.

Meanwhile, Putin has put out the call to expand the Russian military by 137,000 people as the fight in Ukraine drags on, as reported by Sky News. Russian diplomats have signaled that a negotiated resolution isn’t likely, according to The Washington Examiner.

“It’s a signal that on the other side, on Vladimir Putin’s mind, the idea of a dialogue, even of a ceasefire, is very, very far [away],” Spanish Foreign Minister Jose Manuel Albares said in June. “We all agree that dialogue would have been the best way to discuss anything, but unfortunately, Vladimir Putin doesn’t agree with us.”

All things considered: It looks as though Russia is settling in for a long fight. And they could be reminding Europe — winter is coming.