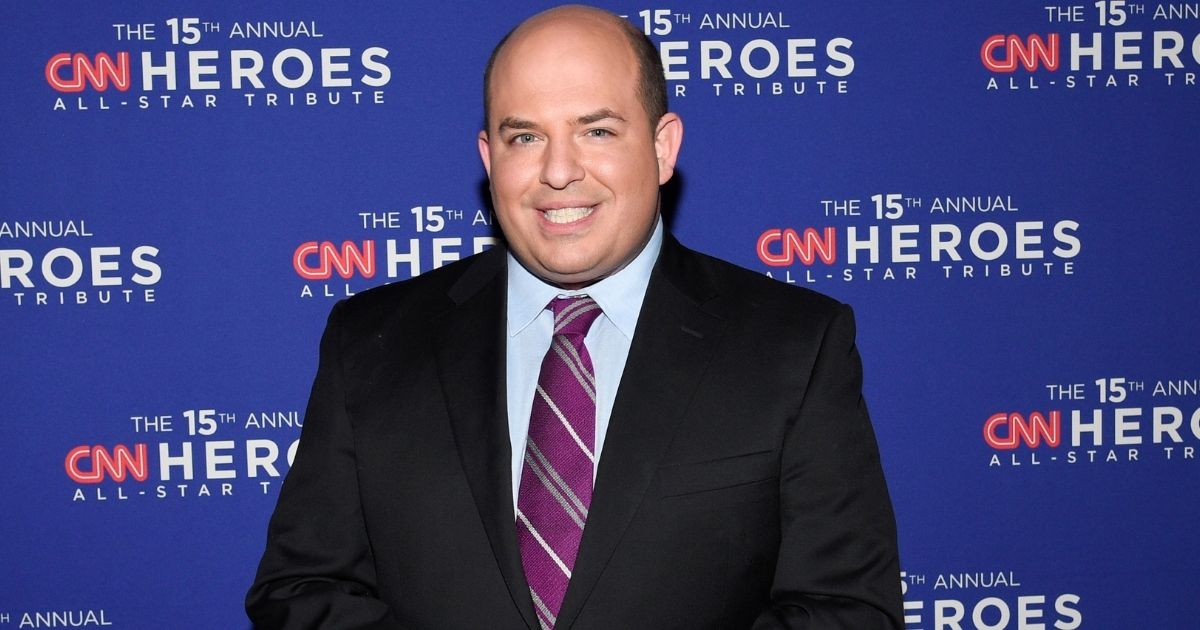 It’s interesting to see CNN’s Brian Stelter and his merry “Reliable Sources” crew get so close to a truth — and yet remain so far away.

For the uninitiated, Stelter hosting a program called “Reliable Sources” is a bit like Ralph Nader being given an auto restoration show called “The Corvair Power Hour.” Stelter is one of the most partisan hacks at a network not known for a shortage of them, and yet the Sunday morning show is supposed to function as a media watchdog. (Instead, conservative outlets like us at The Western Journal are left watchdogging Stelter and his litany of bogus claims; you can help us keep him accountable by subscribing.)

On Sunday, however, Stelter and Co. stumbled upon something we’ve known for a while: When it comes to COVID-19 guidance, the Centers for Disease Control and Prevention has lost its credibility as the country it guides drowns in an ocean of fear regarding the virus.

The CDC has a long history of mixed messages on COVID and prevention measures — but the current crisis of confidence, such as it is, involves shortening the length of quarantine for infected individuals without symptoms.

The Dec. 27 guidance from the CDC said that those infected “should isolate for 5 days and if they are asymptomatic or their symptoms are resolving (without fever for 24 hours), follow that by 5 days of wearing a mask when around others to minimize the risk of infecting people they encounter.” This was down from 10 days.

Not that this was the first mixed message from the CDC — and it’ll doubtlessly not be the last — but it was enough for Stelter to take notice. He also suddenly noticed that COVID strictures were causing “mental health stress,” particularly on Americans who hadn’t tuned out the pandemic and “are hearing about omicron and school closures and testing troubles and all the rest.”

“This moment in the pandemic is really complicated because a mostly mild variant is still bringing hospitals to the brink of capacity and care. And a lot of people are confused about what to do and what to believe,” Stelter said.

Now, again, I want to emphasize how amazing a concession to reality Stelter’s Sunday show was. One of his guests was Dr. Lucy McBride, a doctor whose high media profile is, in part, due to her battle against COVID fear-mongering. McBride said that, when it came to pandemic messaging, “we are bathing in fear” and that the medical community has “an obligation to help people frame risk, to deliver fact-based nuanced information” — something it isn’t doing.

That, however, was just the beginning. Later in the segment, Stelter and CNN reporter Oliver Darcy discussed the media being out of touch with how the public feels about COVID and how the CDC had lost its credibility.

Is the CDC unreliable?

Darcy said the media had lost its way: “If you travel the country, people are not really living in the same bubble that, it seems, that most of the media is messaging toward.”

“And, so, I think this is an issue because if people are tuning out what’s going on in cable news, if we’re not messaging toward the general population, they’re just ignoring everything and living their lives, and we’re not really getting the information that they need to them.”

CNN’s Brian Stelter: “It’s so sad, but it’s true, the CDC has turned into a punchline.”

Lib Outlet Sees the Light, Admits Conservatives Were Right All Along About Major Lockdown Consequence

“All of this mixed messages or new messages has led to a meme on social media poking fun at the CDC’s advice. Tweets like, ‘CDC now recommends eating straight off the floor at Waffle House;’ ‘The CDC now says it’s in fact okay to eat Tide Pods;’ ‘The CDC says go ahead and get bangs,’” Guthrie said. “You know, it’s amusing, people letting off steam, of course, but is there a larger credibility problem with your agency right now?”

“And the answer is yes, there’s a huge credibility crisis for the CDC,” Stelter said. “And, Oliver, to your point, it just causes people, if they hear all these mixed messages and all this confusion, it’s all too complicated, they just move on and ignore it.”

Yes! Exactly right! Same as when Darcy admitted that “we are messaging toward a very small group of people, maybe, who are taking the pandemic far more seriously than the average person.”

So the solution, according to Darcy? “We need to generalize the message.” Sigh.

You take what you can get, particularly in a segment where Brian Stelter brings together a troika that admits this much, even if they didn’t quite connect the dots:

This all on a Sunday morning on CNN. It’s enough to make one wonder if someone slipped a little bourbon into your coffee.

I suppose it shouldn’t be a shocker that the media started noting their confusion when the CDC decided to make its guidelines for COVID less stringent as opposed to more (something no small amount of liberal Twitterers had a minor freak-out over).

And it’s not just the CDC — throw in de facto pandemic czar Dr. Anthony Fauci at the National Institute of Allergies and Infectious Diseases and everyone else at the National Institutes of Health, and you have a whole phalanx of public health officials who have accumulated enormous power yet can’t seem to stick to any message except to keep up the panic.

Just sticking with the CDC, though, anyone paying attention should have lost trust in the agency some time ago.

There was the CDC’s botched guidance on school reopenings that was purportedly influenced by teachers unions. There was the study the CDC released about masking in schools which buried the fact it didn’t significantly affect transmission. They dramatically overstated the risk of catching COVID outdoors — by as much as 10,000 percent, according to a New York Times report in May.

But, perhaps my favorite telling CDC pandemic misstep was from the agency’s myth-busting FAQ about vaccines on its website, dedicated to fact-checking and debunking falsehoods about the inoculations. On the very day President Joe Biden announced a vaccine mandate, the website stated that the “federal government does not mandate (require) vaccination for people.” On top of their game, they are.

At this point, however, they’ve lost even Brian Stelter. When the scales fall from those eyes, the CDC should realize just how useless they’ve made themselves as a source of public health information during the biggest pandemic of the last century.