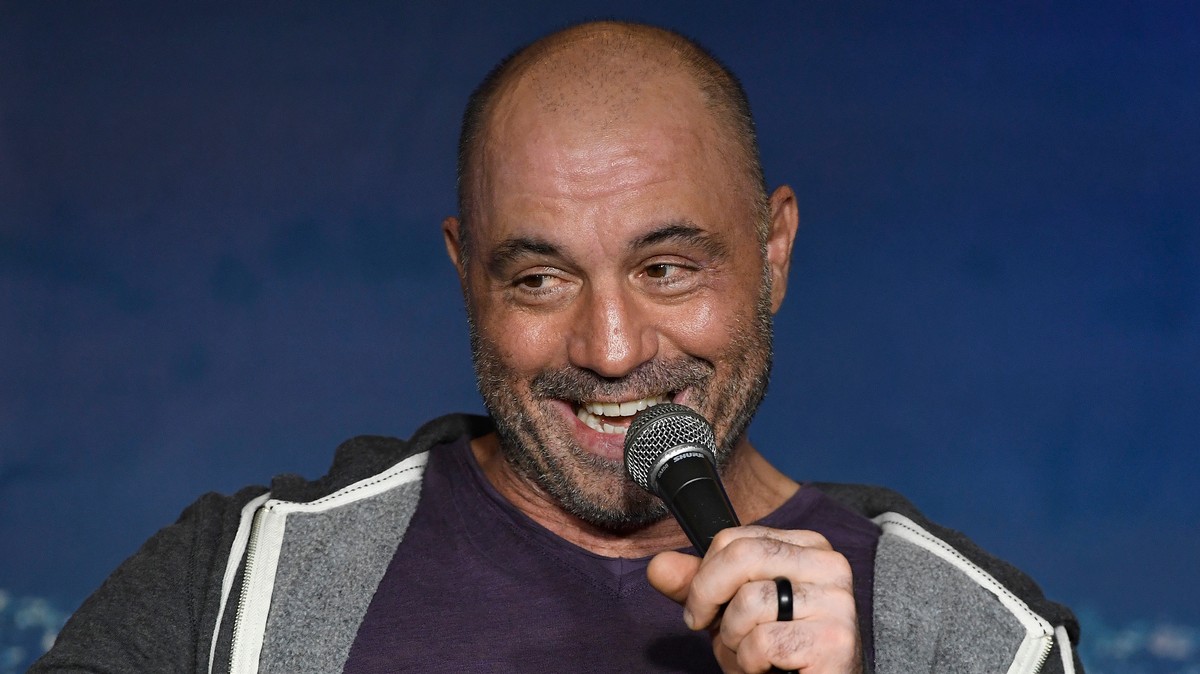 Joe Rogan is making it extremely hard for Spotify CEO Daniel Ek to come up with credible excuses not to de-platform the podcast host. But to Ek’s credit, he’s doing an excellent job tying himself up in semantic knots so he doesn’t have to fire his $100 million golden child.

In a note sent to employees late on Sunday night, Ek found himself once again apologizing for Rogan’s behavior—this time after a compilation video of the podcast host repeatedly using the N-word was shared online over the weekend—and claiming that Rogan’s behavior did “not represent the values of this company.”

But this is patently untrue. Even after Neil Young and Joni Mitchell ditched the platform because of Rogan’s promotion of COVID-19 conspiracies, Ek dismissed calls for the company to de-platform the podcast star. And on Sunday night, he reiterated that stance, writing, “I do not believe that silencing Joe is the answer.”

Spotify said Rogan’s promotion of anti-vaccine conspiracies didn’t breach its public content rules, and it appears as if his use of the N-word similarly did not break specific Spotify rules.

And yet, Ek announced that 70 episodes were being removed from the platform and that the company was going to spend $100 million on promoting music and other audio content by creators from “historically marginalized groups.”

Just like his claim that Rogan’s words don’t represent the company’s values is questionable,  Ek’s reasoning for not de-platforming Rogan is equally based on flawed logic.

“We are not the publisher of the Joe Rogan Experience,” Ek wrote, repeating a point he made at a town hall meeting with staff last week.

But a quick look at the facts shows that this may be just a semantic distinction, because ultimately it’s Spotify that is responsible for this $100 million podcast behemoth.

Back in May 2020, Rogan signed an exclusive deal with Spotify reportedly worth $100 million, which would mean “The Joe Rogan Experience” and all of its back catalog would be available only on Spotify.

As Ryan Broderick points out in his Garbage Day newsletter, this is not like the content moderation issues that have beset Facebook and Twitter. Rogan is not just some musician or creator uploading his show to Spotify, he is being paid—handsomely—by the platform that exclusively hosts his content.

So whether you want to call Spotify his employer, distributor, or publisher, the upshot is the same: Spotify is in charge of the Joe Rogan Experience and its decision to allow the podcast to stay on the platform is the company’s alone.

And there are compelling reasons for Ek to want to jump through hoops to justify keeping his biggest podcast star.

Buying an ad on Rogan’s show costs a minimum of $1 million, and The Verge reported last month that when marketers buy ads on Rogan, Spotify requires them to buy ads on the rest of the company’s catalog as well.

Spotify has built its entire podcasting strategy around Rogan, and he has become so important to the company’s growth that even when high profile stars like Neil Young and Joni Mitchell threaten to pull their music from the streaming service, the decision to back Rogan was a no-brainer.

Though Ek’s decision could potentially have some financial implications for the company. On Monday, Reuters reported that New York’s top pension official, State Comptroller Thomas DiNapoli, has sent Ek a letter asking the company for more information about its new content rules, referencing Rogan’s misinformation.

When Young and Mitchell blasted him for spreading COVID-19 disinformation, Rogan issued a video apology–though his apology lacked any real sense of remorse, leading one Washington Post columnist to call it “glib, narcissistic and clueless.”

A second video Rogan published this weekend, in which he admits to making a joke that compared being in an area with a lot of Black people to being in Planet of the Apes, also lacks remorse.

While Rogan does admit the compilation clip of him saying the N-word “looks horrible even to me” he describes his almost 6-minute video response not as an apology but as “my take on the worst of it.”