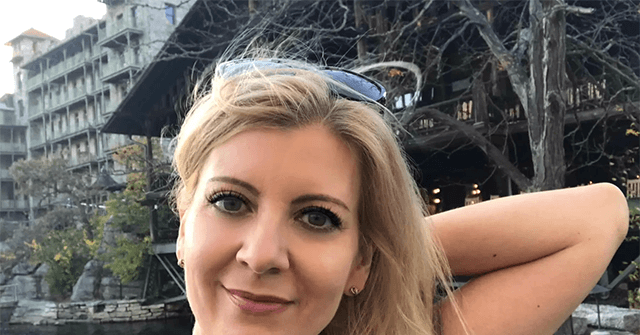 New York City police have charged a 44-year-old handyman with the murder of 51-year-old mother Orsolya Gaal, whom police say was stabbed more than 55 times and stuffed into a duffel bag found about a half-mile from her Queens home on Saturday.

At a press conference on Wednesday, New York City Police Department (NYPD) officials said accused murderer David Bonola, 44, had worked on Gaal’s home periodically over the past two years, and the pair had been having an “off and on” affair over that time. “Their relationship was considered at an end,” an official said. Authorities would not say if Gaal’s husband Howard Klein knew of their relationship but submitted Bonola was familiar to Klein and the rest of the family.

While detectives canvassed for video overnight, they observed David Bonola, 44, who was wanted for questioning in the case, NYPD Chief of Detectives James Essig said at a press conference Thursday afternoon.

Bobola allegedly approached officers and said, “I hear you are looking for me,” WABC reported. Bonola “made incriminating statements” after voluntarily going to the 112 Precinct, Essig noted. Though Essig did not directly say Bonola confessed when asked, an NYPD official noted the agency has “a confession” during the conference. He has been charged with second-degree murder, first-degree criminal tampering, and fourth-degree criminal possession of a weapon:

44 year old David Bonola is walked out of the @NYPD112Pct after being charged with the murder of 51 YO mom of 2 Orsolya Gaal. Police say Bonola had an on again, off again romantic relationship with Gaal for the last two years. He was hired as a handyman to work on her home. @NY1 pic.twitter.com/HTGo51dlud

THE EVIDENCE AGAINST DAVID BONOLA | At a news briefing Wednesday, police laid out what their investigation has revealed so far about the stabbing murder of Queens mother Orsolya Gaal. https://t.co/OvOkjhQ7Ar pic.twitter.com/V8ZnVNU4Ui

Essig said that on April 15 – the night before Gaal was found “ruthlessly and brutally” murdered in her son’s hockey duffel bag – she attended a show at the Lincoln Center in Upper Manhattan before returning home via train to her Forest Hills neighborhood. She went into a local establishment at 11:20 p.m. before leaving at 12:20 a.m. WABC reports the establishment to be Forest Hills Station, a bar next to the train stop, and noted that she was there alone.

Essig continued by stating that authorities believe she arrived at her residence at 12:20, and Bonola subsequently arrived shortly after: between 12:30 a.m. and 12:40 a.m.

“He came back this evening to speak about the relationship again,” an NYPD official said at the press conference.

Essig noted that Bonola was either voluntarily let in or gained access to the residence using a key tucked away in the barbecue.

“A heated argument ensues between the two in the basement, a knife is brandished, a violent struggle ensues, resulting in our victim being stabbed ruthlessly and brutally in excess of 55 times, causing her demise,” Essig said. This occurred while Gaal’s 13-year-old son was upstairs, as Breitbart News reported. The child “did not interrupt what was going on,” an NYPD official said Thursday:

Bonola then stuffed her into her son’s hockey duffel bag and wheeled Gaal’s corpse down the street, leaving a trail of blood along the way, according to Essig. A private citizen discovered her body in the blood-soaked bag at about 7:50 a.m. Saturday near Jackie Robinson Parkway and Metropolitan Avenue.

Police believe Bonola took off through Forest Park, where a jacket believed to be worn by him during the murder was recovered, Essig said. The preliminary investigation has also led detectives to a pair of boots, t-shirts, and bloody bandages. Moreover, detectives have learned Bonola was treated at a local hospital for wounds to both hands, police said.

Contrary to reports, to the NYPD’s knowledge, Bonola has no criminal history, Essig said.

Gaal’s husband, Howard Klein, and their 17-year-old son were out of state. When the New York Post reached Klein by telephone, he said he was “in the middle of a terrible experience.”

“[My son] Leo is safe. Thank God [my son] is safe,” he told the outlet Saturday, adding that he and his boy’s “lives are at stake.”