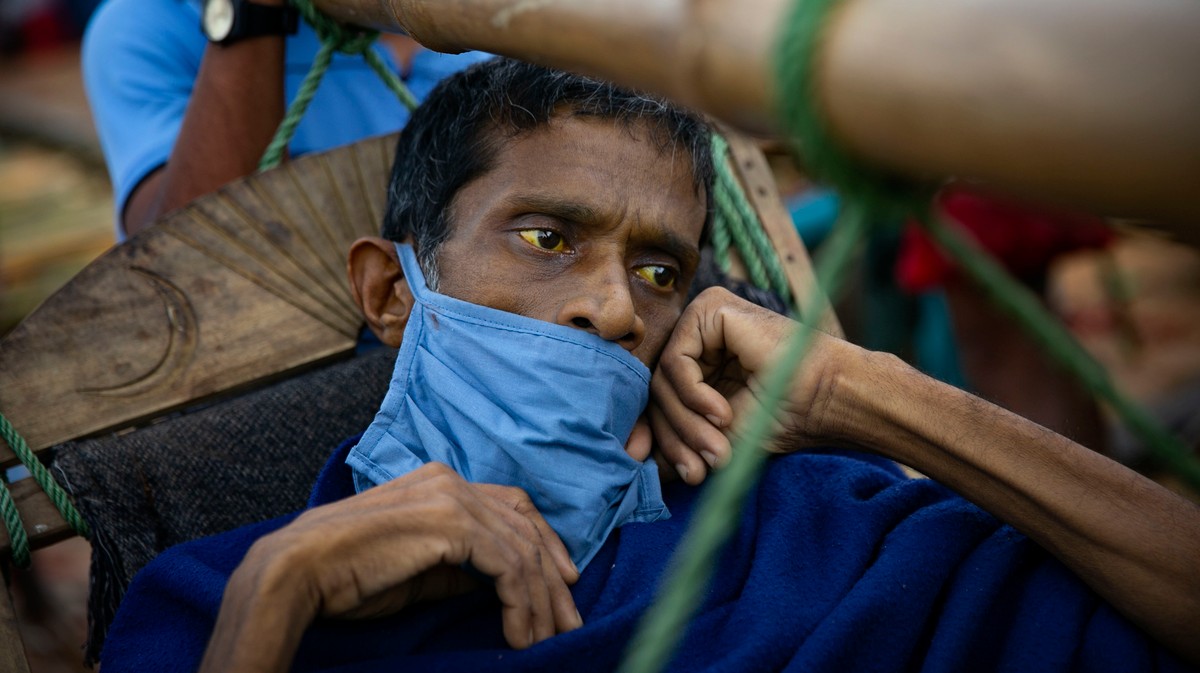 A Rohingya refugee in Bangladesh. Facebook is being sued over its role in the Myanmar military’s violence against Rohingya Muslims, which forced thousands of them to flee to neighboring countries. (Allison Joyce/Getty Images)

Facebook is being sued on both sides of the Atlantic for encouraging and facilitating the genocide of Rohingya Muslims in Myanmar, and refugees of the genocide are demanding hundreds of billions of dollars in compensation from the tech giant.

But this is just the beginning, the lawyer who filed the lawsuit in California told VICE News.

“The lawsuits in the U.S. and England are not the only two suits that will be brought against Facebook over this genocide, they’re just the first two suits,” said Jay Edelson, founder and CEO of Chicago-based law firm Edelson PC, which has been bringing lawsuits against Facebook since the company was founded.

Edelson says that his firm has been in touch with roughly 100 refugees based in the U.S. so far, but the court filing says the number of refugees who could potentially join a class action against Facebook is approximately 10,000. Globally, that number is over a million.

Typically when faced with accusations like this, Facebook has hidden behind the protections provided by Section 230 of the Communications Decency Act, which says that platforms are not legally liable for the content posted by their users, with a few exceptions such as copyright. But this lawsuit will ask the court to rule based on Myanmar’s laws.

“The fact that you file in a U.S. court doesn’t mean the U.S. court is going to automatically apply U.S. law,” Edelson said. “The first thing the court’s gonna have to determine is which law applies. There is no Section 230 or any corollary of that in [Myanmar] and because of that, we think that the whole debate about whether section 230 would apply [is moot].”

The U.S. lawsuit is the result of over a year of research and investigation, including taking testimonies from refugees, and it is unflinching in its accusations against the company.

“At the core of this complaint is the realization that Facebook was willing to trade the lives of the Rohingya people for better market penetration in a small country in southeast Asia,” Edelson and his colleagues wrote in the complaint, submitted to the Northern District Court in San Francisco.

“Facebook is like a robot programmed with a singular mission: to grow. And the undeniable reality is that Facebook’s growth, fueled by hate, division, and misinformation, has left hundreds of thousands of devastated Rohingya lives in its wake.”

The Rohingya have been subject to unspeakable violence at the hands of Myanmar security forces, beginning a 2017 “clearance operation” in Rakhine state that left at least 10,000 dead and more than 150,000 injured, and forced over 700,000 to flee into Bangladesh in the span of a few months.

The UN has called the actions of the Myanmar military “a textbook example of ethnic cleansing.” The majority of Rohingya were forced from their homes and they still suffer from  the psychological trauma caused by these atrocities.

The lawsuit says that the persecution of the Rohingya by the military government was widely known before Facebook even launched its product in Myanmar in 2010, and that Facebook was repeatedly warned after the launch that hate speech and misinformation on the platform were likely to result in ethnic violence.

“Facebook knew and had reason to expect that the Myanmar military and non-Rohingya civilians would engage in violence and commit atrocities against” the Rohingya Muslims, the lawsuit states.

When Facebook did launch its services in Myanmar, it quickly became a dominant player because it allows users to access its site without incurring expensive data charges.

A UN investigation into the Rohingya crisis in 2018 concluded that Facebook played a significant role in the ethnic violence perpetrated against the Muslim minority.

“Everything is done through Facebook in Myanmar,” Yanghee Lee, a UN investigator said in 2018. “It was used to convey public messages but we know that the ultra-nationalist Buddhists have their own Facebooks and are really inciting a lot of violence and a lot of hatred against the Rohingya or other ethnic minorities. I’m afraid that Facebook has now turned into a beast, and not what it originally intended.”

That same year, Facebook CEO Mark Zuckerberg finally admitted to not doing “enough” to prevent the platform from being used to “foment division and incite offline violence.” He vowed to ”do more,” but critics say that the company is still not doing nearly enough to prevent a repeat of the atrocities in Myanmar and elsewhere in the world.

“Facebook has never answered questions on its role, accepted responsibility, made reparations, re-designed its systems or shown an iota of compassion for the victims and their families,” Carole Cadwalladr, co-founder of the activist group ‘Real Facebook Oversight Board,’ told VICE News.

Most recently, former Facebook product manager-turned-whistleblower Frances Haugen has laid bare the company’s lack of investment in non-English speaking markets, revealing that 87 percent of the money Facebook spends on combating misinformation is devoted to English-language content, even through only 9 percent of users are English speakers.

The lawsuit filed in California extensively quotes Haugen and her fellow Facebook whistleblower Sophie Zhang, and while Edelson has been working on the case for over a year he sees Washington’s renewed focus on the threat posed by Facebook as a result of the whistleblowers’ revelations as a major benefit.

“Their willingness to speak out has definitely changed public perception, which can be really important,” Edelson said, adding that the revelations had “affected the collective consciousness.”

“If, five years ago, we accused Facebook of participating in genocide, people would have looked at us as if we were insane.”

Facebook did not respond to VICE News’ request for comment, but having dealt with the company in legal cases for over a decade, Edelson has his own opinion on how the company will react.

“We expect that they’re going to do everything they can to avoid answering our specific allegations. They’re always good at hiring very expensive, very smart lawyers. And we expect that they are going to try to find a lot of creative ways to not be held accountable.”

The failure to hold Facebook to account despite years of shocking revelations about its systemic failures to protect its own users, means the company is liable to repeat its errors in other countries, Cadwalladr says.

“It’s an extraordinary stain on the company but also on us, in that we have allowed it to get away with it,” Cadwalladr said.

“It’s not just that it actively participated in a crime against humanity, its failure to take action leaves other countries at risk. This was not an isolated incident and there’s every sign that it can and will happen again.”