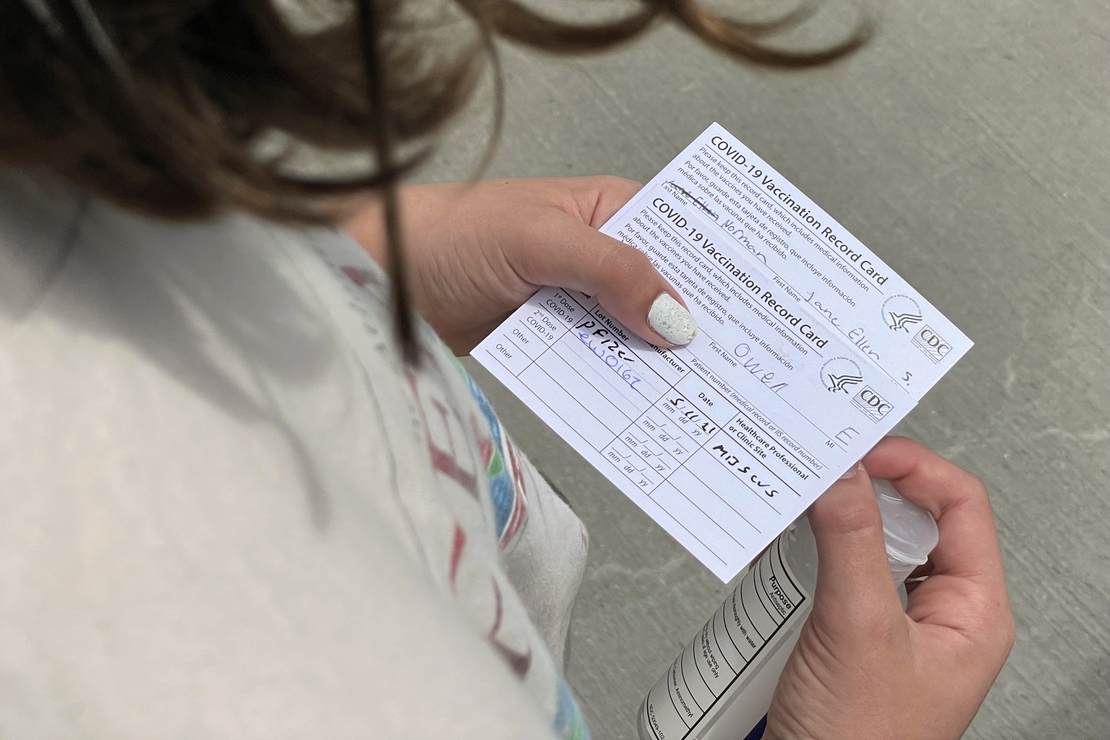 From the moment that the first vaccines were granted emergency approval and became widely available, everyone knew that the flimsy cardboard CDC cards being issued to the vaccinated were going to cause problems. They were ridiculously easy to forge for anyone with an elementary school mastery of a laptop and a printer. And the forgeries began rolling out almost before most people could even find a place to get vaccinated. That problem hasn’t gone away it seems, and some fraudsters have been upping their game in producing fakes that are even harder to detect, making some impressive amounts of money in the process. That was clearly the case with a pair of nurses from Long Island who were busted this month for a long-running operation where they had been charging cash for cards without giving their “clients” a vaccination. The primary culprit is married to a cop who is also being investigated for being involved in the forgery ring. And they allegedly made millions of dollars doing it. (NY Daily News)

A pediatric nurse practitioner has been arrested for selling phony COVID-19 vaccine cards on Long Island — and her NYPD officer husband faces a departmental probe over his possible involvement in the scam, prosecutors and sources said.

She also obtained vaccine doses and syringes through the department, purportedly to administer to patients, prosecutors said.

Also charged was Marissa Urraro, 44, a licensed practical nurse who worked along with DeVuono at the pediatric practice. DeVuono’s husband Derin is suspected of sending “clients” his wife’s way to obtain the cards without having to actually be vaccinated. Police found $900,000 in cash in black bags and a hand-written ledger indicating that the couple had taken in a total of more than $1.5 million over the past year.

This has been happening all over and we’ve already seen some people getting caught running black market vaccination card scams because they were either stupid or overly greedy. That includes a bar owner in California who was selling them to unvaccinated patrons from behind the bar and another guy in New Jersey trying a similar scheme.

But if there was anyone who shouldn’t have gotten caught you would think it would have been the DeVuonos. She’s a registered nurse working at an actual medical clinic where they were able to legally order the blank cards along with vaccines and syringes. He’s a cop who should have caught wind of trouble if the police were getting suspicious. Making the plan even closer to being fool-proof, Julie DeVuono had access to the state database where vaccinations are recorded so she was able to add her customers’ names so they could come up as being legitimate if checked. A totally bogus card is only good for getting past a bouncer or someone else physically checking cards but not able to access the database. Venues using digital passports are able to check the database instantly and detect frauds. Someone must have gotten suspicious and turned them in, I suppose.

Based on the amount of money taken in, let’s figure out how many fake vax cards are out there that are untraceable because the names show up in the state database. Mrs. DeVuonos was charging $220 each for adults and $85 for children. Even if we assume that only half of the cards were issued to adults, that would mean that there are roughly 3,400 adults and almost 9,000 children out there with fake cards in the New York City area from just this one household. And all of them will pass muster with the state’s Empire Pass program even though it allegedly checks the state database for your name when you sign up.

How many of those adults took their fake cards with them to the office when threatened with being fired because of the government vaccine mandates? We already know of some high-profile people who have been caught trying to pull the same scam. These include at least one very famous NFL star who obtained fake cards for himself and his girlfriend. Another report estimated that between 10 and 15 percent of all NFL players have fake cards. Meanwhile, regular people who refuse to break the law but also refuse to comply are losing their jobs or being otherwise discriminated against while all of these “unsafe” fakers are walking around free as birds. So how safe is this genius system of mandates and immunity passports really making us?