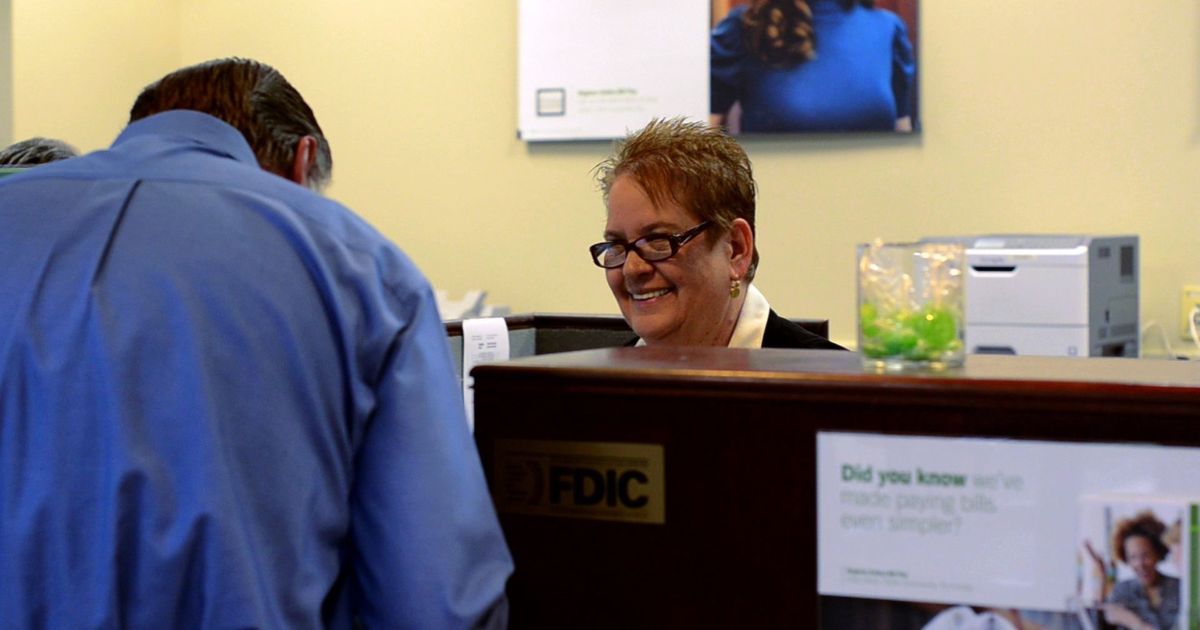 The trend of corporate leftism continues as companies insist on pushing the radical, left-wing agenda, but one bank in the U.K. just found out that going woke is a costly pander to the left.

Whether it be Kellogg’s cereal company donating billions to extremist, left-wing causes, Nike pushing so-called “social justice” campaigns, or Disney interfering in a state’s legislative process to promulgate the left’s grooming of children, multi-national corporations have been pouring billions into hardcore left-wing organizations, causes and campaigns for years.

But recently, customers have begun striking back at these meddling corporations, and in no uncertain terms telling them to get back to business and leave politics to the voters.

Halifax bank is only the latest to learn this lesson after bank officials forced its employees to begin wearing name tags upon which their choice of “pronouns” is listed.

After the bank began its paean to the radical LGBTQ agenda, customers began remarking on the new name tags on social media and telling the bank to stick to savings and loans and forget the radical political agenda.

‘Our Country’s Gone To Hell’: 100-Year Old WWII Veteran Breaks Down in Tears in Heartbreaking Interview

The row began last week when the bank — which is also funded with billions in UK tax dollars — tweeted to tell its followers about its new “pronouns matter” campaign.

The tweet noted that employees would begin wearing name tags with their pronouns, such as “she/her/hers,” on them under their names.

Naturally, the replies to the tweet heated up as many attacked the bank for its woke nonsense, while others praised the bank’s pronoun campaign.

But as the debate raged in the replies to the tweet, the bank made a fatal error when its social media team scolded its detractors: “If you disagree with our values, you’re welcome to close your account.”

That PR blunder started a stampede for the exits as customers by the hundreds began closing their accounts over the bank’s impertinence.

Branding expert Martin Townsend told the UK media that the bank’s haughtiness was a PR disaster.

“It’s astonishing that they do something to make themselves look right on and virtue signaling — and they end up looking like the most old fashioned bullies, telling them: ‘If you don’t like it you’re welcome to leave,’” Townsend said, according to the U.K.’s Daily Mail.

“It’s extraordinary. Who treats their customers like that? I’ve never heard of a company inviting their customers to go. It’s so typical of debate these days: ‘If you don’t like it, off you go.’ How is that inclusive? There are big questions about Halifax today and who came up with it,” he added.

12 Days of Inflation: Here’s How Much the Gifts from the Popular Christmas Tune Would Cost in Biden’s America

By Friday, more than 10,000 Halifax customers went on social media to say they had closed their accounts at Halifax. Some showed credit cards cut in half, others noted that they pulled mortgages, and others said they closed checking and savings accounts, the Mail added.

Many also began noticing that the bank had already threatened customers in the past that if they didn’t toe the left-wing, woke agenda, they risked having their accounts closed by the bank.

The Mail added that on its “what we stand for” web page, the bank tells customers, “We stand against discrimination and inappropriate behavior in all forms, whether racist, sexist, homophobic, transphobic or ableist, regardless of whether this happens in our branches, offices, over the phone or online on our social media channels.”

Do you support this “pronouns” trend?

And then the bank threatens its own customers, noting, “Such action may include account closure or contacting the police if necessary.”

It is not yet known how much money the bank has lost, but it must add up to more than a million dollars as one customer reported that he and his family alone took more than $550,000 in business away from the bank, the Mail reported.

But the recriminations continue.

Gareth Roberts, a former “Doctor Who” TV script writer, even bashed the bank over its pronoun program, saying, “I’m a homosexual man. I’m appalled by your adoption of this homophobic, woman-hating claptrap, and by your attitude to customers making perfectly reasonable objections to it.”

The bank’s own former TV spokesman also criticized the bank, calling the institution’s reaction to the critics, “disgraceful.”

“I think it’s disgraceful. It’s a service industry — you should leave politics to the politicians. They’ve got this one wrong,” former Halifax TV pitchman Howard Brown said, according to the Independent.

It is clear that some customers who would otherwise likely pay little mind to the pronoun campaign closed their accounts when bank officials got militant about their radical LGBTQ agenda. Clearly, free people just don’t like being told what to do.

In any case, this incident is a yet another perfect example of the “go woke, go broke” syndrome. Let’s hope other companies watching this scandal take the lesson to heart.