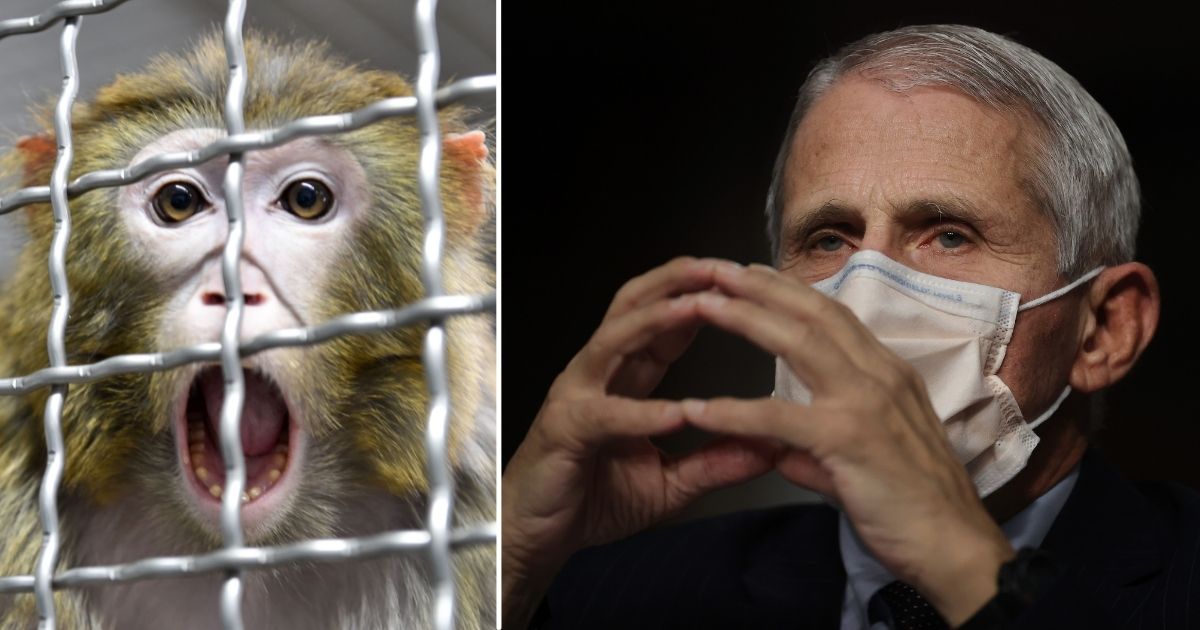 In a discussion about the Biden administration’s response to the new omicron variant of the coronavirus, Logan said, “This is what people say to me: that [Anthony] Fauci doesn’t represent science to them. He represents Josef Mengele. Dr. Josef Mengele, the Nazi doctor who did experiments on Jews during the Second World War and in the concentration camps.

“And I am talking about people all across the world are saying this, because the response from COVID, what it has done to countries everywhere, what it has done to civil liberties, the suicide rates, the poverty, it has obliterated economies,” she said. “The level of suffering that has been created because of this disease is now being seen in the cold light of day.”

Fox host Lara Logan says that people tell her that Dr. Fauci doesn’t represent science, but represents Josef Mengele, the Nazi doctor known as the “Angel of Death” for performing medical experiments at Auschwitz: “I am talking about people all across the world are saying this” pic.twitter.com/fF2DAWfG7d

Hyberbole? Maybe. But after learning that the National Institute of Allergy and Infectious Diseases, the agency Fauci runs, had conducted cruel medical experiments on beagles, I’d say it’s fair game.

Dr. Fauci’s NIH funded $1.7m to debark, drug and then kill and dissect beagle puppies. I led a letter on Friday demanding answers from Fauci. It’s disgusting, cruel and our dollars shouldn’t pay for it. ➡️ https://t.co/PkKXjKpTv3 pic.twitter.com/TFsmONJM10

Justin Goodman is the vice president of advocacy and public policy for the White Coat Waste Project, a nonprofit group that recently revealed NIAID’s despicable experiments on dogs.

Goodman told The Epoch Times that WCWP received a document in October via a Freedom of Information Act request that showed NIAID has spent $13.5 million on “excruciating experiments” on rhesus monkeys.

The Times reported that there were 3,521 monkeys on Morgan Island in 2020 and that “between 500 and 600 of the monkeys are shipped to [National Institutes of Health] and NIAID laboratories” every year.

NIH spends roughly $20 billion a year on animal experimentation, Goodman said. NIAID is a division of NIH, which is an agency of HHS.

The experiments “involve injecting the monkeys with various infectious diseases, such as Ebola and the Lassa virus that results in hemorrhaging, pain, brain damage, loss of motor control, and organ failure,” according to the Times.

Goodman said that “in many of these experiments, Fauci and staff intentionally withhold pain relief, even though these are some of the most excruciating experiments in the federal government.”

“If he’s going to get credit for any good he does, he needs to get blamed for any bad that’s happening on his watch as well. The buck stops with him, and he’s certainly responsible.”

Some of the experiments conducted on monkeys involve the development of vaccines. Goodman noted that although primates are biologically similar to humans, “nine out of 10 drugs that pass tests on animals fail in humans because they don’t work or they’re dangerous.”

“Research shows that despite their similarities to us, they are incredibly poor predictors of how vaccines and other drugs are going to act in humans,” he added.

The Times contacted NIAID about these experiments. The outlet was told the monkeys are used “for research that helps develop life-saving preventions and treatments for diseases affecting public health.”

The more we hear about Fauci, the less we like him.

He continues to lie about NIAID’s funding of the Wuhan Institute of Virology. He has supported devastating and nonsensical coronavirus measures. And now we find that his agency has carried out cruel and unnecessary experiments on beagles and monkeys on the taxpayers’ dime.

Lara Logan is right. Fauci doesn’t represent science. He’s a government bureaucrat whom the pandemic thrust into the spotlight. Now he wants to hang on to his newfound power.

Just imagine what Fauci would do if he could experiment on humans.

Elizabeth is a contract writer at The Western Journal. Her articles have appeared on many conservative websites including RedState, Newsmax, The Federalist, Bongino.com, HotAir, Australian National Review, Independent Journal Review, Instapundit, MSN and RealClearPolitics.
Please follow Elizabeth on Twitter.

Elizabeth is a contract writer at The Western Journal. Her articles have appeared on many conservative websites including RedState, Newsmax, The Federalist, Bongino.com, Australian National Review, HotAir, Independent Journal Review, Instapundit, MSN and RealClearPolitics.
Please follow Elizabeth on Twitter.