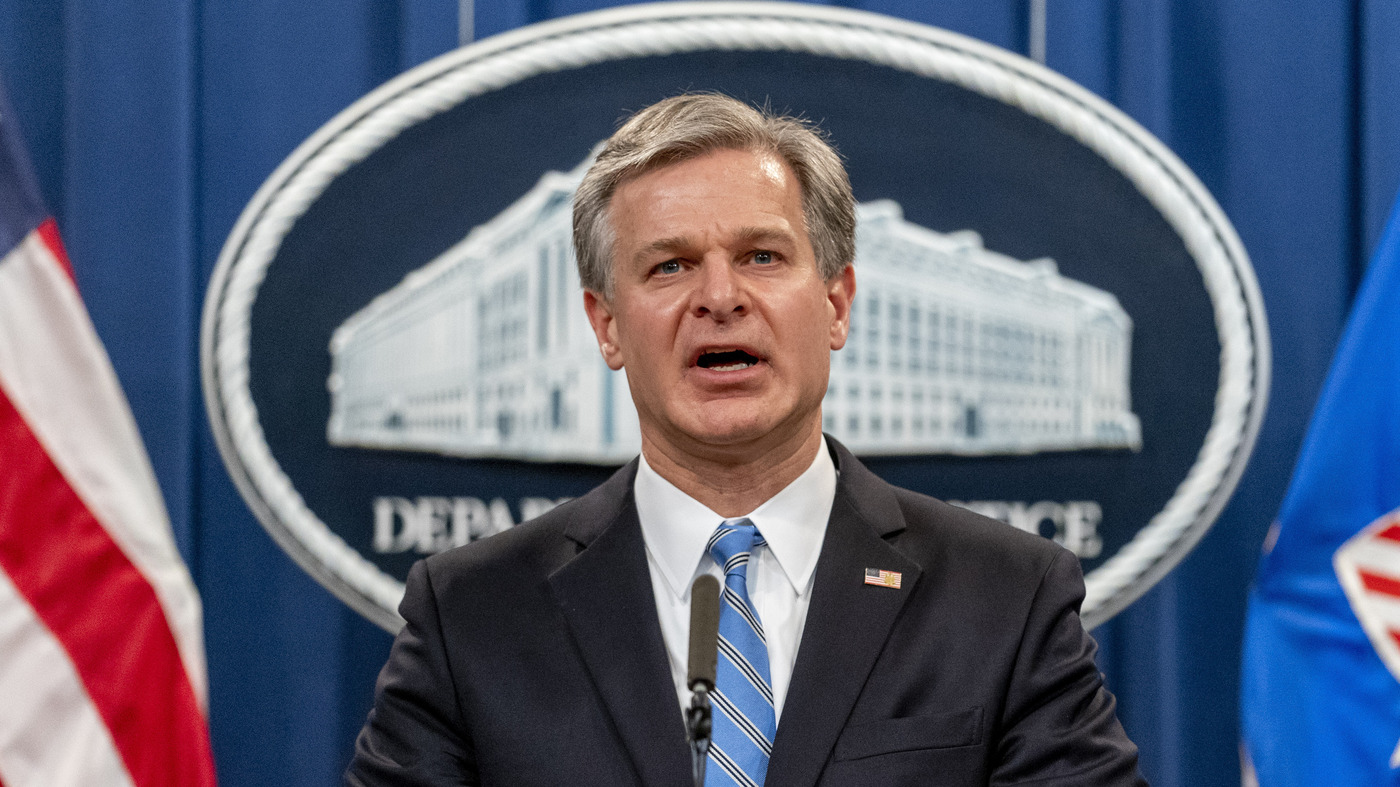 WASHINGTON — The threat to the West from the Chinese government is “more brazen” and damaging than ever before, FBI Director Christopher Wray said Monday night in accusing Beijing of stealing American ideas and innovation and launching massive hacking operations.

The speech at the Reagan Presidential Library amounted to a stinging rebuke of the Chinese government just days before Beijing is set to occupy the global stage by hosting the Winter Olympics. It made clear that even as American foreign policy remains consumed by Russia-Ukraine tensions, the U.S. continues to regard China as its biggest threat to long-term economic security.

“When we tally up what we see in our investigations, over 2,000 of which are focused on the Chinese government trying to steal our information or technology, there’s just no country that presents a broader threat to our ideas, innovation, and economic security than China,” Wray said, according to a copy of the speech provided by the FBI.

The bureau is opening new cases to counter Chinese intelligence operations every 12 hours or so, Wray said, with Chinese government hackers pilfering more personal and corporate data than all other countries combined.

“The harm from the Chinese government’s economic espionage isn’t just that its companies pull ahead based on illegally gotten technology. While they pull ahead, they push our companies and workers behind,” Wray said. “That harm — company failures, job losses — has been building for a decade to the crush we feel today. It’s harm felt across the country, by workers in a whole range of industries.”

Chinese government officials have repeatedly rejected accusations from the U.S. government, with the spokesman for the embassy in Washington saying last July that Americans have “made groundless attacks” and malicious smears about Chinese cyberattacks. The statement described China as a “staunch defender of cybersecurity.”

The threat from China is hardly new, but it has also not abated over the last decade.

“I’ve spoken a lot about this threat since I became director” in 2017, Wray said. “But I want to focus on it here tonight because it’s reached a new level — more brazen, more damaging, than ever bfore, and it’s vital — vital — that all of us focus on that threat together.

The Justice Department in 2014 indicted five Chinese military officers on charges of hacking into major American corporations. One year later, the U.S. and China announced a deal at the White House to not steal each other’s intellectual property or trade secrets for commercial gain.

In the years since, though, the U.S. has continued to level accusations against China related to hacking and espionage. It’s charged Chinese hackers with targeting firms developing vaccines for the coronavirus and with launching a massive digital attack of Microsoft Exchange email server software, and also blacklisted a broad array of Chinese companies.

In his speech, Wray recounted the case of a Chinese intelligence officer who was convicted of economic espionage for targeting an advanced engine by GE that China was working to copy.

But there have also been some setbacks. Though the FBI director mentioned Monday night that the bureau was working to protect academic research and innovation at American colleges and universities, he did not discuss the much-criticized China Initiative.

That Justice Department effort was created in 2018 to counter economic espionage and to protect against research theft, but critics have accused investigators of scrutinizing researchers and professors on the basis of ethnicity and of chilling academic collaboration. Earlier this month, prosecutors dropped a fraud case against a Massachusetts Institute of Technology professor, saying they could no longer meet their burden of proof.

The department is in the process of reviewing the fate of the China Initiative, and expects to announce the results soon.