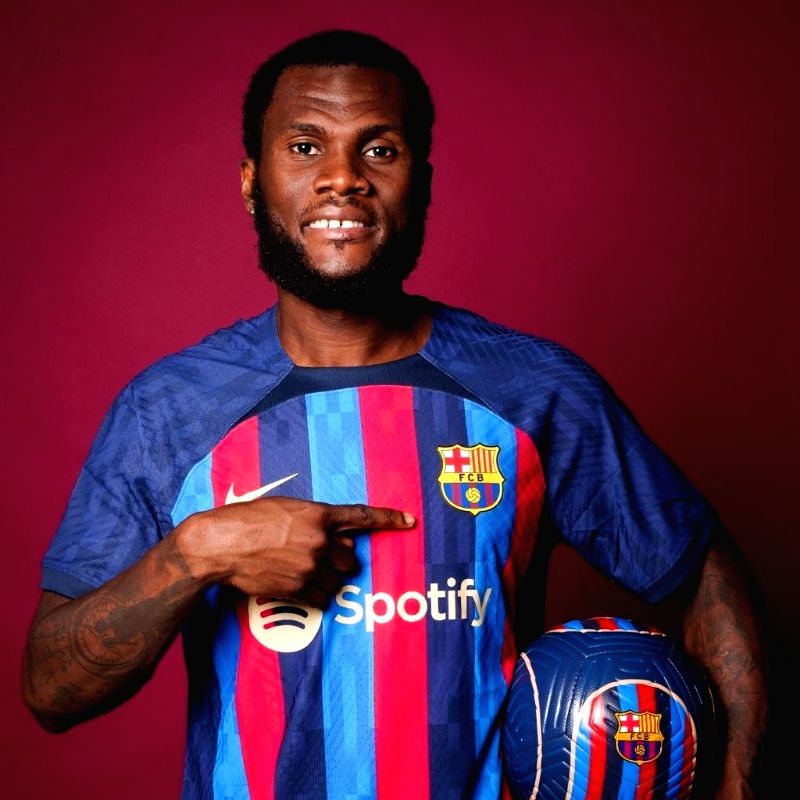 The 25-year-old Cote d’Ivoire international midfielder was announced as a new arrival on Monday, shortly before the club confirmed the signing of Danish international defender Andreas Christensen, who, like Kessie, has agreed on a four-year deal with a 500-million-euro release clause.

Kessie arrives from AC Milan on a free transfer. In his official presentation at Barca’s training ground, he said there were not “many players who could say no to Barca as it’s the greatest club in the world.”
“I am really looking forward to starting training and meeting all my new teammates,” added Kessie, who can play either in central midfield or on the right.

“I am ready to do what the coach needs. I consider myself a midfielder, but I’ll play in whatever position he wants,” he said.

Kessie is the first player from Cote d’Ivoire to play for Barca since Yaya Toure, who spent three successful years at Camp Nou from 2007 to 2010, reports Xinhua.

“He’s a great all-round footballer and my dream is to work hard enough to have a career like he did,” said Kessie of his fellow countryman.

Barca president Joan Laporta celebrated the arrival, saying he was “very pleased to have signed Kessie because we are fulfilling one of the coach’s [Xavi Hernandez] wishes.”