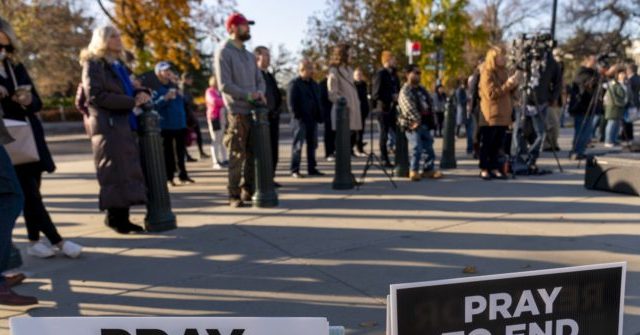 The Food and Drug Administration (FDA) eased restrictions Thursday on at-home drug-induced abortions by allowing women and girls to end their pregnancies via mail-order pills without having to see an abortion provider in person.

Earlier this year, the FDA had already eased restrictions on the requirement of in-person assessment for drug-induced abortion due to the coronavirus pandemic. The abortion industry and its allies quickly readied tele-abortion services to be utilized on a permanent basis.

The FDA may permanently lift some restrictions on the abortion pill. Not only does the pill end the life of a preborn child, but it also poses serious health risks to women. Policymakers should seek to protect women and their preborn children, not endanger them.

In April 2020, Planned Parenthood CEO Alexis McGill Johnson referred to telemedicine abortion as the “silver lining” of the coronavirus pandemic.

Johnson told Democracy Now’s Amy Goodman the fact that many states had attempted to include elective abortions among other procedures that should be temporarily banned to preserve scarce medical equipment for healthcare workers treating coronavirus patients was “unconscionable.”

The CEO of the nation’s largest abortion provider boasted the launch of Planned Parenthood’s new tele-abortion service, in which women seeking the procedure have a virtual meeting with a provider and obtain a prescription for abortion-inducing drugs they take at home.

“It is actually a silver lining in this pandemic, that Planned Parenthood and many other health providers have actually been able to really lean into telehealth infrastructure and provide service,” she said.

Dr. Meera Shah, chief medical officer of Planned Parenthood Hudson Peconic, touted to the Associated Press (AP) in April 2020 that her organization’s new telemedicine abortion service is so much in demand that one mother began her drug-induced abortion “at home with her children running around behind her.”

In this Jan. 24, 2020, file photo, supporters cheer as President Donald Trump speaks during the annual “March for Life” rally on the National Mall, in Washington. Anti-abortion leaders across America were elated a year ago when Donald Trump became the first sitting U.S. president to appear in person at their highest-profile annual event, the March for Life held every January. The mood is more sober now — a mix of disappointment over Trump’s defeat and hope that his legacy of judicial appointments will lead to future court victories limiting abortion rights. (AP Photo/ Evan Vucci, File)

The first drug, mifepristone, blocks the action of progesterone, which the mother’s body produces to nourish the pregnancy. When progesterone is blocked, the lining of the mother’s uterus deteriorates, and blood and nourishment are cut off to the developing baby, who then dies inside the mother’s womb.

The drug misoprostol (also called Cytotec) then causes contractions and bleeding to expel the baby from the mother’s uterus.

This series of events now occurs at home when women and girls have the drugs mailed to them.

“We really strongly feel folks should have the abortion experience that they want, and that can mean a number of different things,” Dr. Colleen McNicholas, chief medical officer for reproductive health services of Planned Parenthood of the St. Louis Region, said, according to the Chicago Tribune.

States that already restrict abortions may not experience an impact from the FDA’s move, the pro-abortion rights Guttmacher Institute says.

In 32 states, for example, non-physicians are not allowed to provide the drugs needed for termination, while in 19 states clinicians must be physically present when the drugs are administered to end the pregnancy.

Planned Parenthood tweeted the FDA’s decision is a “WIN” since it makes access to abortion easier.

“By eliminating medically unnecessary restrictions, patients in many states can access medication abortion in the privacy of their own home,” the nation’s largest abortion provider celebrated.

The American Civil Liberties Union (ACLU) continued the narrative that the restriction on mifepristone is unnecessary and even criticized FDA for “falling short of repealing all unjustified restrictions on this safe medication.”

Leading medical groups agree — this barrier did nothing but harm.

Pro-life groups, however, have opposed lifting restrictions on drug-induced abortions, citing dangers of young women taking the drugs that ultimately lead to considerable bleeding and contractions while alone, for example, in college dorms.

The abortion pill is safe?

Tell that to all the women who have gone to the ER bleeding, infected, and traumatized after taking it. https://t.co/lHmgQHWPYQ#ThesePillsKill

A study published in November by the Charlotte Lozier Institute, the research arm of the Susan B. Anthony List, found drug-induced abortion is “consistently and progressively associated with more postabortion emergency room visit morbidity than surgical abortion.”

“There is also a distinct trend of a growing number of women miscoded as receiving treatment for spontaneous abortion in the ER following a chemical abortion,” the researchers concluded.