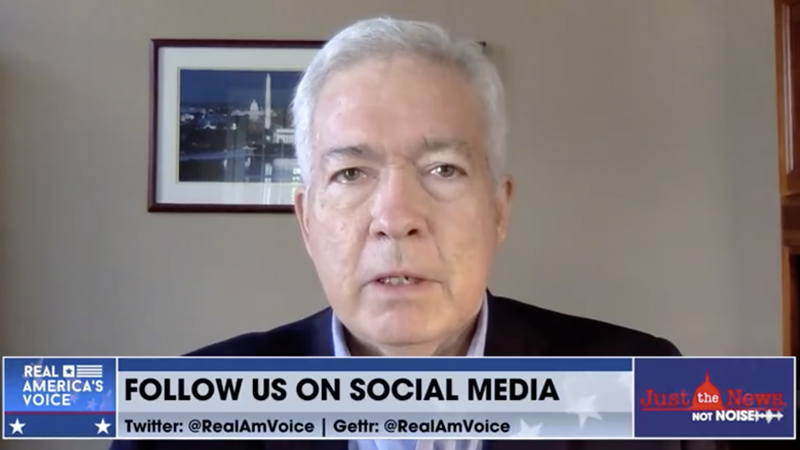 Retired Assistant Director Kevin Brock, a 30-year veteran agent who rose in the ranks to become the bureau’s first intelligence chief under Director Robert Mueller, said the FBI should never have initiated a criminal investigation into Trump’s records dispute with the National Archives and Registration Agency.

“I think they’re going to regret this,” Brock told the “Just the News, Not Noise” show on Friday after reviewing the FBI’s heavily redacted affidavit used to persuade a judge to sign off on the Aug. 8 raid of Mar-a-Lago.

Watch #JustTheNewsNotNoise with me and @AmandaHead as we analyze the latest trending news with special guests: @RepTenney, @AlanDersh, Kevin Brock, and @mrddmia https://t.co/6p9guNuVHK

“I will caveat all of this by saying we can only see what we can see,” Brock continued, “but the first thing that jumped out to me is that the probable cause statement focuses on the nature of the documents, and where they are. But it doesn’t, at least in the unredacted portion, address the main element of the criminal federal statutes that they cite.”

“The FBI should not have participated in this investigation,” Brock asserted. “It is something that needs to be settled along established routes in that regard that we traditionally used. There was no need for law enforcement involvement in this. And there was certainly no need for an invasive search for the residence. I think they’re going to regret this.”

Brock also pointed out how the affidavit acknowledges that Trump has the power to declassify, and it did not characterize the documents in dispute as classified.

“From what I can see, that’s not established in the probable cause,” Brock said. “And there’s an allusion to the argument from the Trump advocates that the former president has was within his authority to declassify and to establish what a presidential record is.”

When asked if he would have authorized a search warrant on Mar-a-Lago, Brock replied: “No, frankly not.”

“And it’s puzzling to a lot of folks who have been involved in search warrants for much more serious disputes, in white collar crimes where these things are settled in attorneys’ offices, and you don’t have to go in with an invasive search, contrary to the attorney general’s statement during his press conference that they’ve exhausted all other means,” Brock added.

The FBI’s affidavit was so heavily redacted that even the explanation for the redactions was heavily redacted, which has not assuaged critics’ concerns that the raid was politically motivated.

This comes after government memos revealed that despite repeated denials, Joe Biden’s White House was closely involved with the Justice Department in laying the groundwork for the FBI’s raid on Mar-a-Lago.