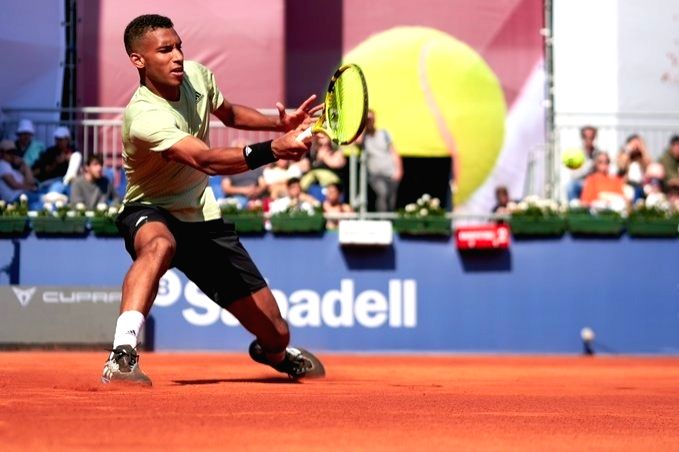 Barcelona, April 20 : Felix Auger-Aliassime of Canada registered a hard-fought 6-1, 3-6, 6-4 win over spirited qualifier Carlos Taberner in the second round of the Barcelona Open here on Wednesday.

The third seed made a fast start on the clay before holding firm to recover from a second-set lapse and secure a two-hour, 44-minute win at the ATP 500 event.

Auger-Aliassime powered to a career-best 15-4 start to the 2022 season after securing a maiden title in Rotterdam and reaching the final in Marseille in February, but since then had won only one match in four tournaments.

This battling victory over Spanish Taberner will give the World No. 9 a real confidence boost as he looks to improve on his run to the quarter-finals in Barcelona from last year.

“He Taberner is a good clay-court player. He had a good win yesterday, I’m sure he was feeling confident,” said Auger-Aliassime.

“On my part, I had a great start to the match. It was unfortunate that I lost my rhythm a little bit in the second set, lost my serve too many times, but I credit him also for defending well, showing a great level for a clay-court player, so it was not easy to get over [the line] today, serving for the match, but eventually to be through, it’s a thrill.”
World No. 94 Taberner appeared overwhelmed by the power of his higher-ranked opponent in the opening set but from then on came somewhere close to the level that took him to a biggest career win over World No. 37 Sebastian Korda in the first round on Tuesday.