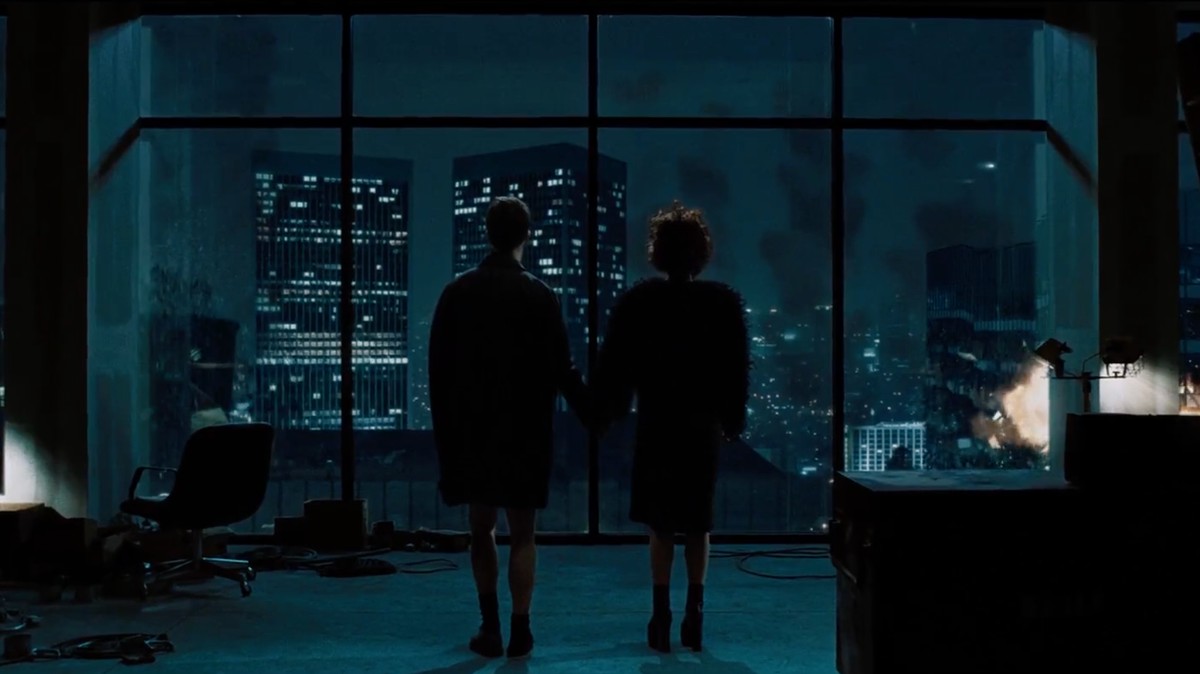 The original ending of Fight Club has been restored on a Chinese streaming site, after an altered ending prompted a backlash against Chinese censorship.

The 1999 film by David Fincher originally ends with the Narrator (Edward Norton) killing his split personality Tyler Durden (Brad Pitt), and then watching all the buildings blow up, suggesting Tyler’s anarchist plan to destroy consumerist society is afoot.

In a previous version of the film on the Chinese streaming platform Tencent Video, the explosion scene was replaced with a crude caption telling viewers the scheme was busted by police, and that Tyler was sent to a “lunatic asylum receiving psychological treatment.” The change provoked outrage among movie fans in the country, where many had watched and enjoyed pirated copies of the original version.

But over the weekend, some social media users discovered that the censorship had been reversed.

The building collapse scene has been restored in China. Photo: Tencent Video

It’s unclear if the ending was first altered out of self-censorship or by government order. Imported films sometimes get their endings changed in China so that the law enforcement agencies always prevail in these stories.

In rare cases, censorship decisions get reversed under public pressure. In 2018, the microblogging site Weibo backtracked from a homosexuality ban after its announcement to remove gay content prompted an outcry.

The alternate Fight Club ending went viral in late January and inspired memes about Chinese censorship. Chuck Palahniuk, author of the 1996 novel “Fight Club,” said in an interview with TMZ that the altered ending was ironically more aligned with the ending of his book. He also criticized the banning of his novel by public schools in the U.S. and the Texas prison system.

“China Does the Right Thing; Will Texas?” he tweeted after the original ending was reinstated in China.

While most Americans could still easily access Palahniuk’s book, Tencent Video is the only Chinese platform that is streaming a copyrighted version of Fight Club.

However, the current version of the movie in China is still one minute shorter than the original, with nude sex scenes removed, according to the Hollywood Reporter.

Another censored American film, Lord of War, has not had its original ending restored. In the Chinese version on Tencent Video, its protagonist, an arms dealer played by Nicolas Cage, is sentenced to life instead of getting away.