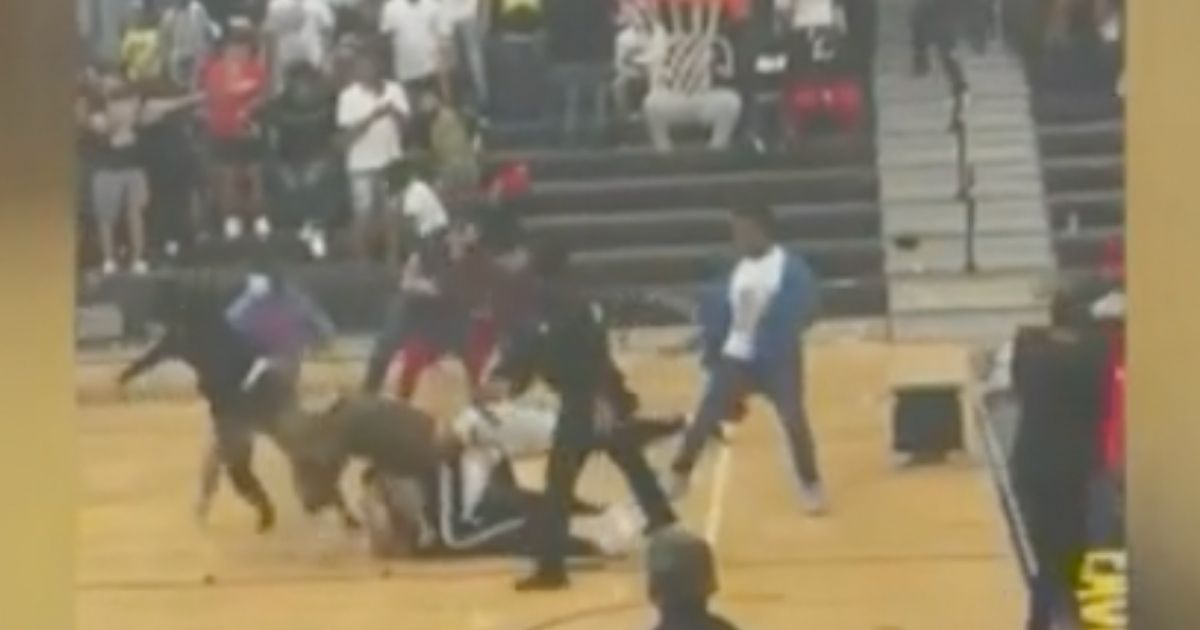 The pursuit of excellence is being threatened by a lack of morality.

A security officer used tear gas to break up a fight at a basketball tournament at Wake Technical Community College’s Northern Wake campus in Raleigh, North Carolina, according to WRAL-TV news. The fight began in the stands as Farmville Central and Life Christian Academy from Kissimmee, Florida, were playing. The violence then spilled onto the court just after midnight on Wednesday, according to an event spokesperson. It was unclear how the fight started.

The 49th John Wall Invitational, a top high school basketball tournament in the nation, was temporarily halted because the gym had to be cleared due the tear gas.

Security was “stretched thin” because another on-court fight had broken out during the previous game.

A spokesman for the event told WRAL that they had “never had anything even close to something like this” in the 49-year history of the tournament.

It is clear that the John Wall Invitational has a tradition of excellence. That tradition, thankfully, carried on after the disruption. The remaining games were scheduled to begin the next day with increased security and fewer fans allowed in the stands.

High school violence has spilled out in high schools across the country — and not just on the basketball court.  Mo Canady, executive director of the National Association of School Resource Officers said, “School violence has risen to levels that we haven’t seen quite frankly. I don’t think it took a genius to see this coming,” according to The Washington Post.

Something is wrong. The emotional impact of the COVID-19 pandemic has clearly taken a toll on students. But the pandemic may have served as a catalyst. Critical Race Theory gins up hatred and is being taught in our public schools, despite claims to the contrary, according to the The Spectator. It is a racist indoctrination that encourages hatred. Black Lives Matter and Antifa fomented a slew of 2020’s violent summer riots.

Hatred is a disease. Its becoming a pandemic. Hatred is the enemy of Excellence.

Sports  — high school, pro and everything in between — have been a showcase of athletic excellence since before the first Olympics in 776 B.C. Arete, the Greek notion of excellence, is the unfolding of human potential. Homers’ Achilles unfolded his full potential on the battlefield. Odysseus with cunning. Helen of Troy with love.

Photo: Football Fans Stand for Anthem, Jaws Drop When They Notice What Farmer Next Door Has Done with His Tractor

The John Hall Invitational is ample evidence that the pursuit of athletic excellence is in danger when societal morality is corroded by hatred and the violence it necessarily breeds.

The best sporting events are those when athletes on opposing teams compete to bring out the best in each other. Love of excellence implies love of neighbor.

Excellence is beauty. Hatred is monstrous.