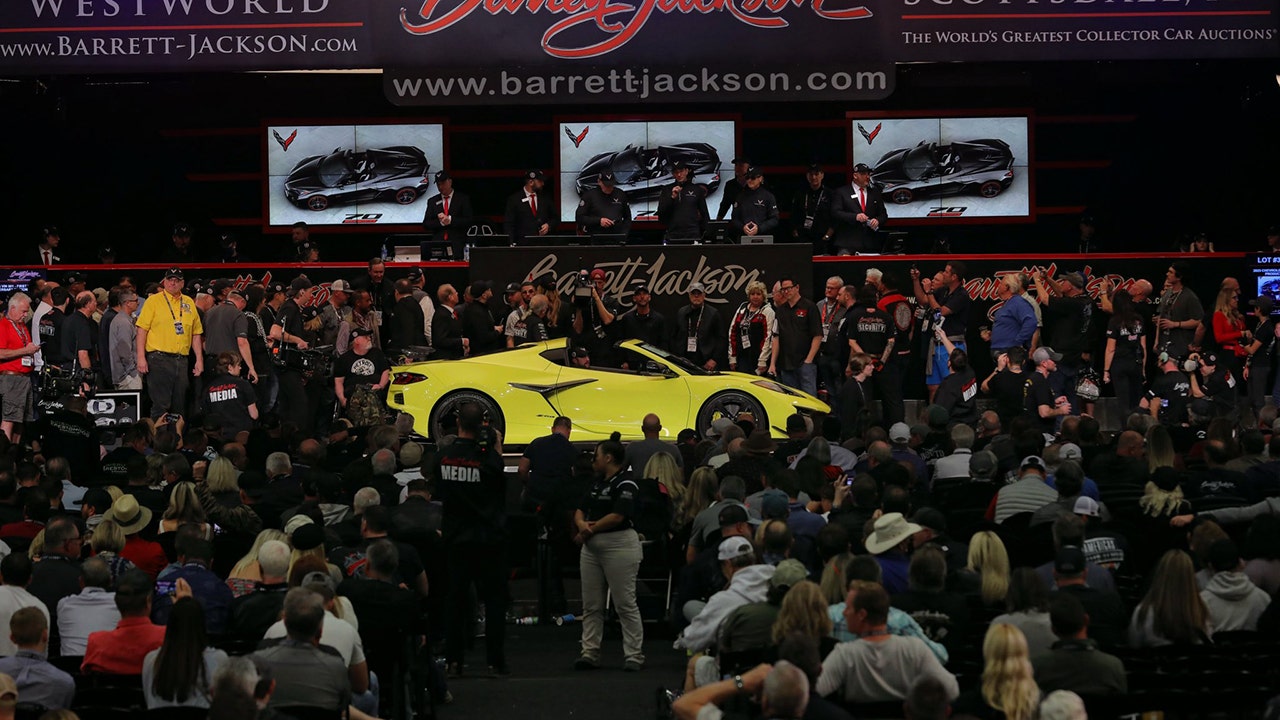 Months before it’s set to enter production, the first 2023 Chevrolet Corvette Z06 has been sold for an astonishing amount.

The first 2023 Chevrolet Corvette Z06 was sold at the Barrett-Jackson Scottsdale auction for $3.6 million to raise money for charity.
(Barrett-Jackson)

The rights to the sports car were auctioned at the Barrett-Jackson Scottsdale event for a record $3.6 million, with all the proceeds going toward a good cause.

The Corvette was donated by GM to raise money for Operation Homefront, an organization that provides support to military families, and was bought by NASCAR team owner and car dealer Rick Hendrick.

The yellow Z06 on display was a stand-in for the production car, which will be built later this year.
(Chevrolet)

The winning bid was the highest for a Barrett-Jackson charity car and surpassed the $3 million paid for the first of the mid-engined 2020 Corvette Stingray, which is also in Hendrick’s collection along with several past GM charity cars.

The actual first Z06 will be a black 70th Anniversary model.
(Chevrolet)

The flashy yellow Z06 that crossed the block was a stand-in for the vehicle, which will be a black 70th Anniversary model, the first of the celebratory trim that will be available on the Z06 and Stingray for the 2023 model year.

List pricing for the Z06 will be announced closer to when it goes on sale later this year as the highest-performance version of the Corvette powered by a 670 hp V8.