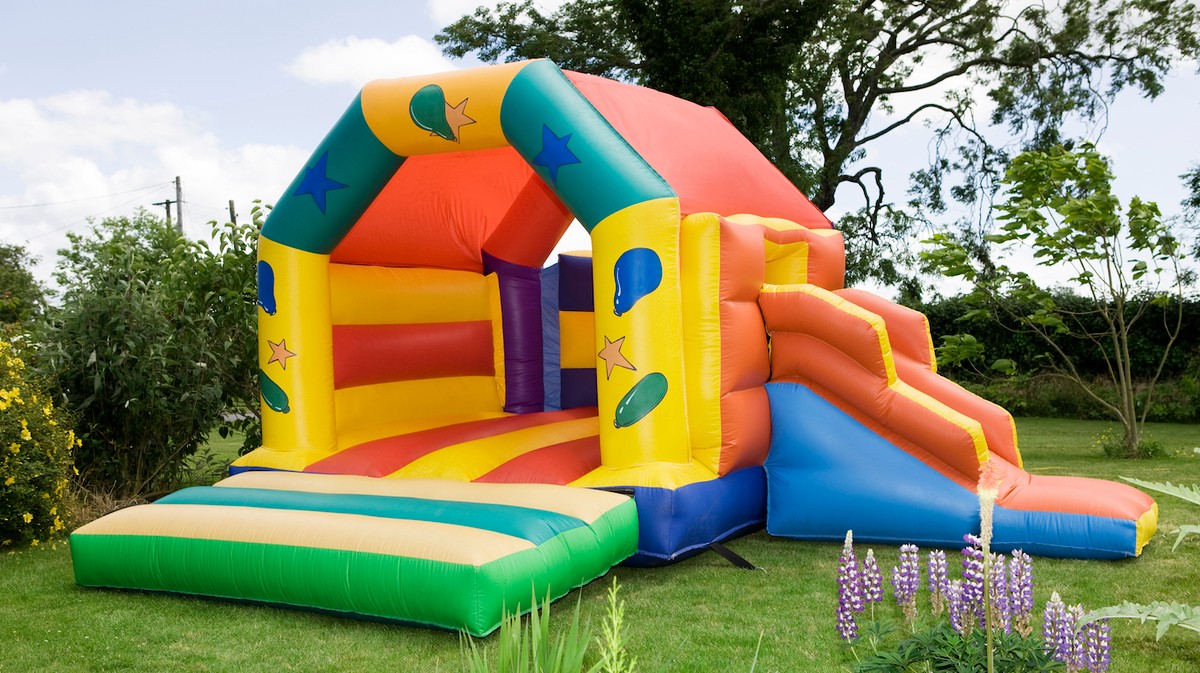 It has not been confirmed what was used to anchor down the jumping castle, if anything. Photo by MediaProduction, via Getty Images

Five children were killed in a tragic accident on Thursday after wind picked up a jumping castle and threw it into the air at a school’s end-of-year activity day in Australia.

Several children from grades 5 and 6 fell from a height of about 10 metres, according to witnesses, after the jumping castle was blown into the air by a gust of wind at Hillcrest Primary School in Devonport, Tasmania. Three remain in hospital and are in critical condition.

Police initially confirmed four deaths on Thursday – two girls and two boys – before later confirming that a fifth child, a boy, had died in hospital. Four children were 12 years old, and one was 11.

“These children were meant to be celebrating their last day of primary school, instead we’re all mourning their loss,” Tasmania Police Commissioner Darren Hine said on Thursday afternoon. “Emergency services were called to the scene around 10AM this morning after a wind gust had reportedly caused the jumping castle and inflatable zorb balls to lift into the air.”

It has not been confirmed what was used to anchor down the jumping castle, if anything, and a police investigation into how the incident occurred is currently underway. The coroner has attended the scene.

“Our hearts are breaking for the families and the loved ones, schoolmates and teachers of these young people who were taken too soon,” said Hine. “Our thoughts are also with those emergency services personnel who attended to try and save these people’s lives.”

Multiple ambulances and several helicopters attended the scene to take the injured victims to various hospitals. Several adults who were there at the time of the incident gave the children first aid until emergency services arrived. Many others arrived at the school not knowing if their child had been injured, according to the ABC, and police were reportedly seen crying and embracing at the scene. Counselling is being made available to the families affected, as well as the first responders.

“It’s difficult for me to find the right words in such tragic circumstances,” he said. “On a day when school children were celebrating the end of term, so close to Christmas. It’s simply inconceivable that this shocking incident has occurred.”