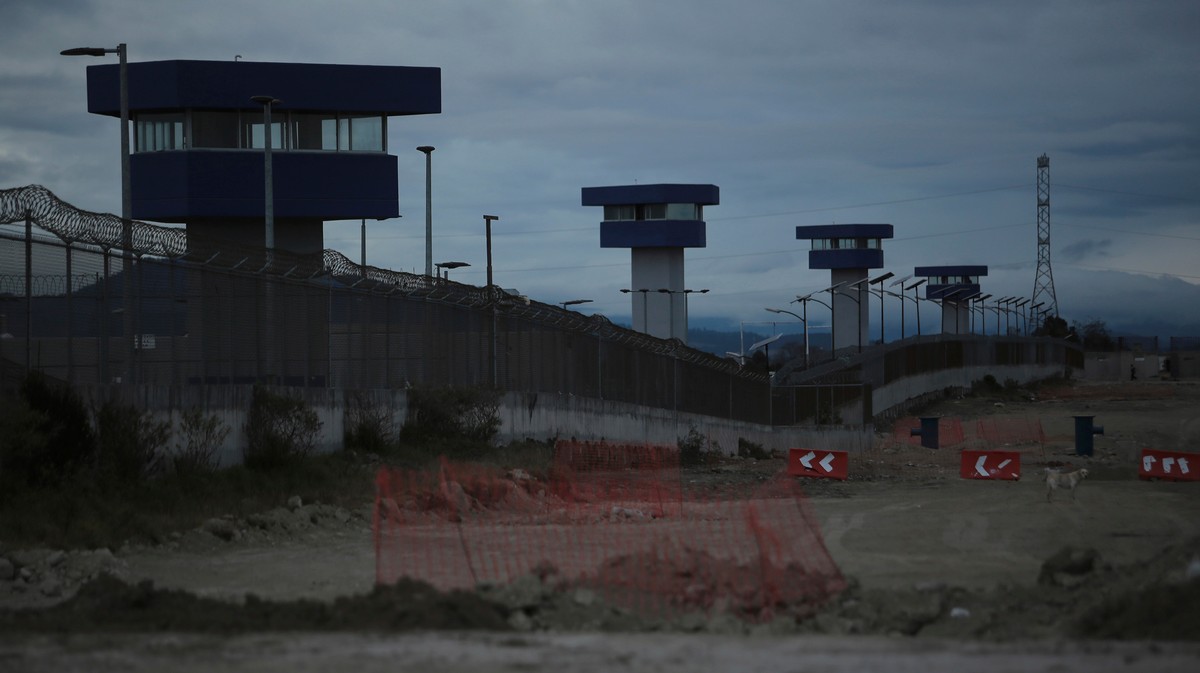 The dead baby found in a Mexican prison is another example of the country’s lawless facilities. (Photo: Hector Vivas/LatinContent via Getty Images)

MEXICO CITY — Mexican authorities have arrested five people after a dead baby was smuggled into a notorious prison, including the woman who allegedly brought in the corpse and the inmate suspected of requesting and receiving the body.

The tragic case of Tadeo—the deceased 3-month-old boy discovered in a trash can inside the notorious San Miguel prison in the central state of Puebla in January—shocked the nation. Rights activists have suggested that he was used as a human drug mule.

But Puebla State Governor Miguel Barbosa said Friday the investigation so far did not indicate that Tadeo’s body was used to smuggle drugs. Instead, he told a morning news conference the baby may have been a way for inmates to force the removal of prison officials and sow unrest in the prison.

“No other motive has been found that has to do with introducing drugs in the baby’s body, nor esoteric witchcraft,” Barbosa said. “This is a matter of pressure, of a fight for control.”

He did not provide additional proof and said the investigation would continue. While Barbosa appeared to suggest the case was solved, he did not rule out additional arrests.

“More facts will surely come to light but the fundamental thing is done,” he said. “These evil people who dared to carry out such serious, diabolical things now face the start of a process.”

The disturbing case began when an inmate reportedly found Tadeo’s body in a trash can while looking for plastic bottles on Jan. 10. The case hardly made headlines until Reinserta, a nonprofit group that works with at-risk youth, heard the news and demanded answers. At the time, neither the baby’s name nor his family had been identified, nor was it clear whether the infant had entered the prison dead or alive. It was only known that the child had been found with an incision on his abdomen.

Reinserta co-founder Saskia Niño de Rivera told Mexican TV news network Milenio she suspected the infant “could have been used to bring drugs inside the prison.”

Only after that did Barbosa address the growing scandal publicly. “A lot of filth is going to appear,” he said, a week after the body was discovered.

A few days later, on Jan. 21, the baby was finally identified as Tadeo Ayala Peralta, born Oct. 4 in Mexico State, which borders Mexico City. He reportedly died on Jan. 5 after experiencing intestinal problems and was buried in a cemetery in Mexico City.

When the parents heard about the case of the dead infant in the media, they suspected it could be their son. Their suspicions were confirmed on Jan. 20 when the press announced the baby had a bracelet with their surnames on it. The couple then rushed to the cemetery and found their son’s tomb empty, according to local media.

The parents allege they were threatened at the cemetery not to report what they found to the police, but they did anyway. DNA tests later confirmed that the baby found in prison was Tadeo.

Reinserta and other groups claim the San Miguel prison has been overrun by its inmates, who produce drugs behind bars, bring in female sex workers, and run dogfighting gambling rings within prison walls.

But the discovery of the dead baby presented a new low for state officials.

The investigation into how Tadeo went from a cemetery in Mexico City to a trash can inside the San Miguel prison about two hours away led to the arrest of 21 prison officials on Jan. 24. Four were later released.

Numerous civil society groups, including Reinserta, presented a complaint to Mexico’s human rights commission about the Tadeo investigation last Friday. They alleged they had received anonymous complaints from inmates and family members that prisoners were being tortured and subjected to human rights violations in order to obtain information about the case.

Authorities alleged that the five arrested on Thursday were the key actors involved in getting Tadeo into the prison. Due to Mexican privacy laws, only their first names were given.

Nadia Carolina is accused of bringing Tadeo’s body into the prison while visiting an inmate she’d frequently seen in the past named Antonio, according to the Puebla State prosecutors. Antonio allegedly masterminded the plot to smuggle the baby’s corpse into the prison, received and hid it. A third inmate, Sergio, was arrested for reportedly disposing of Tadeo in the trash can. Two additional prison guards—a man and a woman—were arrested for their alleged involvement in the scheme.