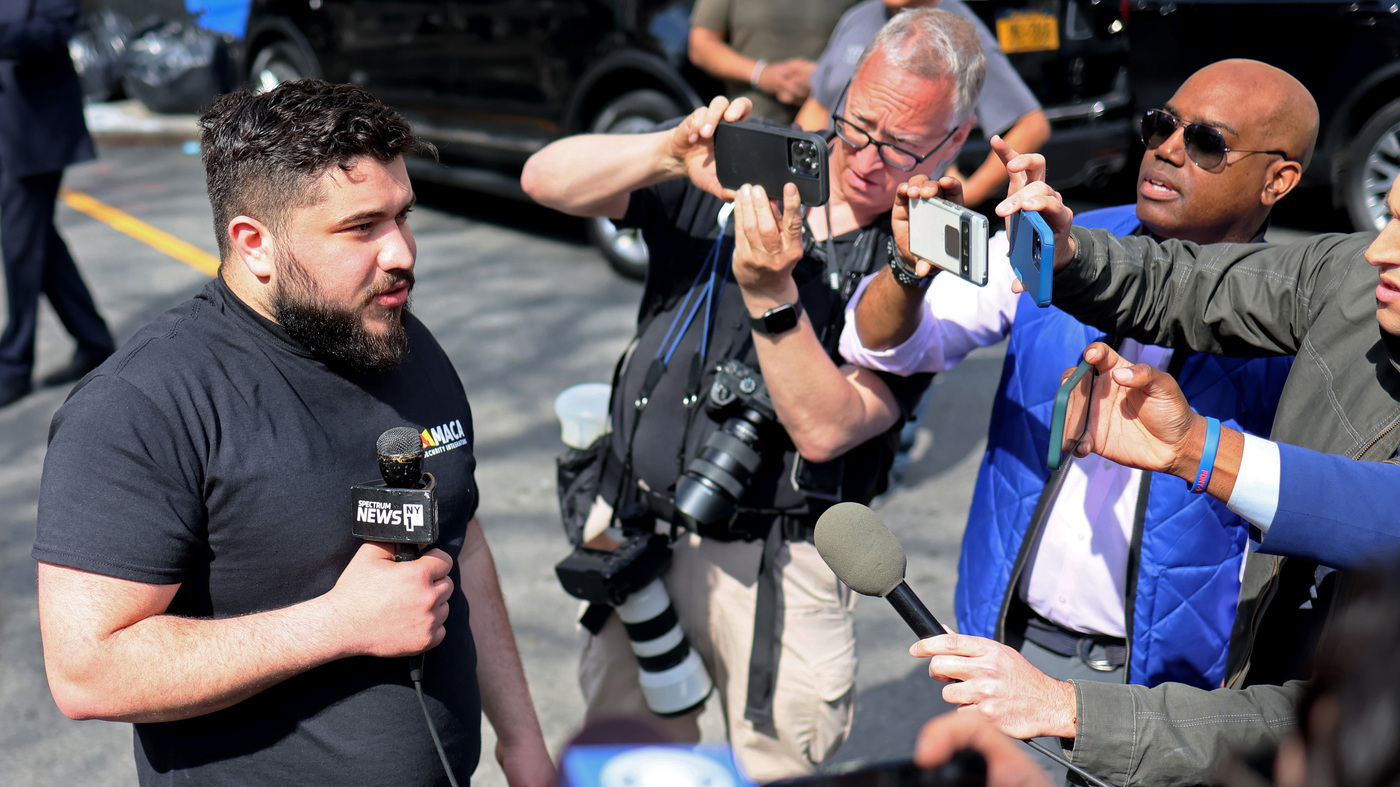 Zack Tahhan, a witness who reportedly notified police of Frank James’ whereabouts, gives an interview after leaving the 9th Precinct. James is currently being held in federal lockup in Brooklyn, the Associated Press reported April 14.

Zack Tahhan, a witness who reportedly notified police of Frank James’ whereabouts, gives an interview after leaving the 9th Precinct. James is currently being held in federal lockup in Brooklyn, the Associated Press reported April 14.

Five people will share the $50,000 reward for information leading to the capture of the suspected subway shooter, the New York Police Department announced on Friday.

“Each of the five individuals performed actions that, under the established Crime Stoppers procedures, elevate them to be considered for receiving reward money,” officials said in a statement.

“The plan is for the combined $50,000 reward – comprised of contributions from the Police Foundation, the MTA, and TWU Local 100 – to be split evenly among those identified individuals,” they added.

Detectives used information from the tipsters to construct a timeline of events leading to the apprehension of Frank R. James on Wednesday, 30 hours after he allegedly fired 33 bullets into a subway train car, wounding 10 people.

The 62-year-old was surrounded by police in Manhattan’s East Village, where he was reportedly found standing at a kiosk charging his phone.

Police have since explained they were already headed to the neighborhood after receiving a tip that James had been at a nearby McDonald’s. Law enforcement officials have reportedly told various news outlets they believe James had called the tip line himself.

One call to the NYPD Crime Stoppers was reportedly someone who said: “I think you’re looking for me. I’m seeing my picture all over the news, and I’ll be around this McDonald’s,” according to ABC News.

The NYPD is not releasing the names of the people who will be splitting the money, however, several individuals have already publicly claimed credit. Most notably, Zack Tahhan, a 21-year-old security camera technician who gave reporters and passersby a breathless account of spotting the shooting suspect walking down the street.

Zack Dahnan, the 21-year old security camera installer who first spotted the suspected subway shooter in the East Village, is holding an impromptu press conference on 1st Avenue. He says news of the presser left him unable to sleep. pic.twitter.com/5j3DrFqnMx

“I thought, ‘Oh my God, this is the guy, we need to get him.’ He was walking down the street, I see the car of the police, I said, ‘Yo, this is the guy!'” Tahhan recounted.

Francisco Puebla, the man who actually hired Tahhan to install the cameras on Wednesday, also recognized James as he walked down the block of his shop. He described feeling a panic wash over him when he saw the man. Puebla, told The New York Times that he flagged down a police officer driving past, telling him, “Police officer, I might be wrong but the guy that did the shooting is right in the middle of the block.”

As they walked down First Avenue, he said he saw recognized James’ face. “I was like: ‘What the hell?'”

“I told my wife, ‘The subway shooter is right behind us. Go fast. Push the baby. No time for argument. Go.'”

Once they were safe, he says he circled back toward James while studying a picture of the man on his phone, as he’d done in the days following the shooting.

“I was looking at him as if I was drawing him,” he told the web site. “As an artist, you study every facial feature really well. I looked at him for quite a while and then half an hour later, there he was. You can’t escape an artist in the East Village.”