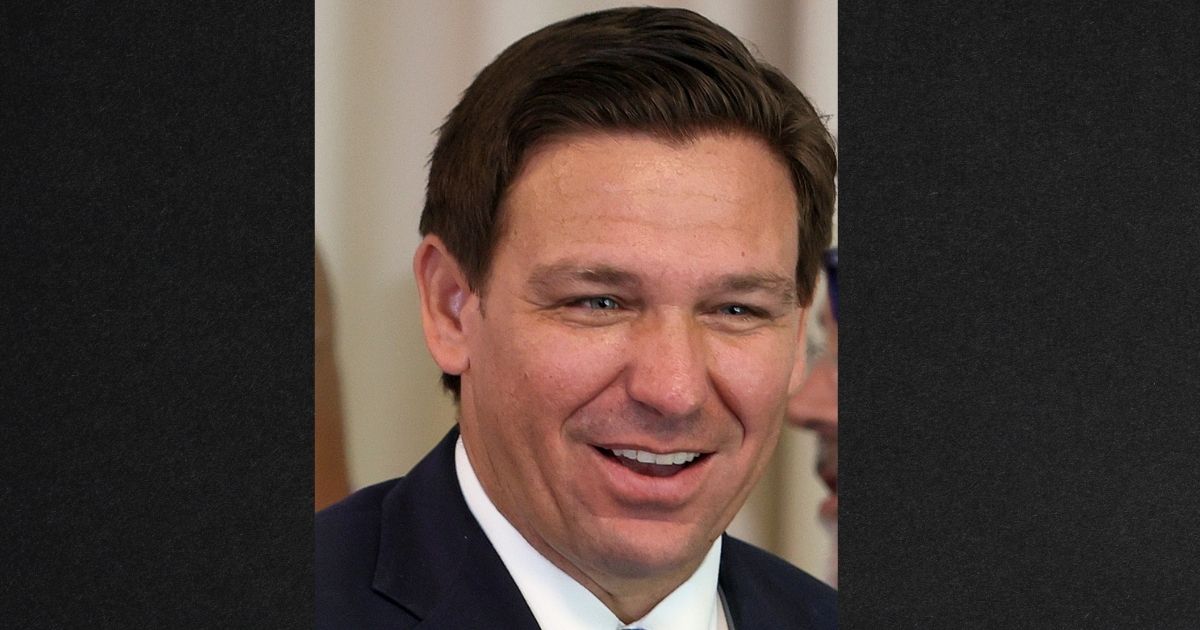 Wow! It’s a triple crown, a triple play, a triple threat, whatever you want to call it.

In a short time, DeSantis has poked the big bad mouse, has had Florida’s Senate redistrict the state to create four new Republican-leaning Congressional districts and has helped set back national Democrat gains.

Send this guy to Washington, some say. Or maybe he should stay in Florida to provide an example to other states.

Whatever this guy is drinking, all conservatives should have some.

Item One: What governor in his right mind goes after one of the state’s major employers, a major conglomerate with a worldwide media reach?

Fed up with immoral lobbying and the transgender advocacy of the Walt Disney Company, DeSantis Wednesday got the state senate to remove the corporation’s unique political status.

Could Ron DeSantis be a viable candidate for president?

Orlando’s Walt Disney World is more than just the name of a destination resort in Florida. It is a world unto itself — politically, at least — and DeSantis is going after it.

In the late 1960s, when Anaheim, California-based Walt Disney was seeking a site for an eastern theme park, his company, in addition to quietly buying up land in the Orlando area, created the Reedy Creek Improvement District.

With the blessing of the state, when the new park opened in 1971, the Disney-controlled district would take care of all municipal services for it, according to the district’s website.

But DeSantis this week said the current state legislative session would go beyond Congressional redistricting and go after Reedy Creek.

“I am announcing today that we are expanding the call of what they are going to be considering this week and so, yes, they will be considering the congressional map, but they also will be considering termination of all special districts that were enacted in Florida prior to 1968 and that includes the Reedy Creek Improvement District,” he told a Tuesday news conference.

The Walt Disney Company — in total contradiction of nearly a century of upholding a reputation as a family-friendly entertainment company — opposed DeSantis’ advocacy for and signing of The Parental Rights in Education bill prohibiting the teaching of sexual orientation and identity concepts to kindergarten through third-grade children.

“We were opposed to the bill from the outset,” Disney CEO Bob Chapek said at the company’s March stockholders meeting, Axios reported. “But we chose not to take a public position on it because we thought we could be more effective working behind-the-scenes, engaging directly with lawmakers—on both sides of the aisle.”

Item Two: The Florida Senate passed a DeSantis proposal for Congressional redistricting that favors Republicans in four new districts and eliminates three Democrat districts, according to The New York Times.

It was a partisan 24 to 15 vote and followed a veto by DeSantis of a March redistricting proposal that would have added two Republican districts and eliminated one Democrat.

This week’s redistricting bid would provide 20 Republican-leaning seats and eight for Democrats. The Florida House was expected to vote on it Thursday, WJXT-TV said.

Legal challenges threaten, with Democrats expected to sue over alleged violation of the state constitution and racial gerrymandering restrictions of the Voting Rights Act, the Times said.

Item Three: If successful, the DeSantis-driven Florida redistricting would be an upset to Democrat redistricting gains made following the 2020 census, according to the Times. Around the rest of the country, Congressional districts are essentially evenly balanced between Democrats and Republicans.

Initially, national redistricting tipped toward Democrats, but the U.S. Supreme Court provided victories to Wisconsin and Alabama Republicans in their challenges to new Congressional districts, according to The Washington Post.

Democrats fear a Supreme Court decision in favor of the “independent state legislature theory” which limits Congressional redistricting to state legislatures. Such a decision would favor Republicans in North Carolina, Pennsylvania and Ohio.

And in center stage on the issue this week is Ron DeSantis with his redistricting efforts.