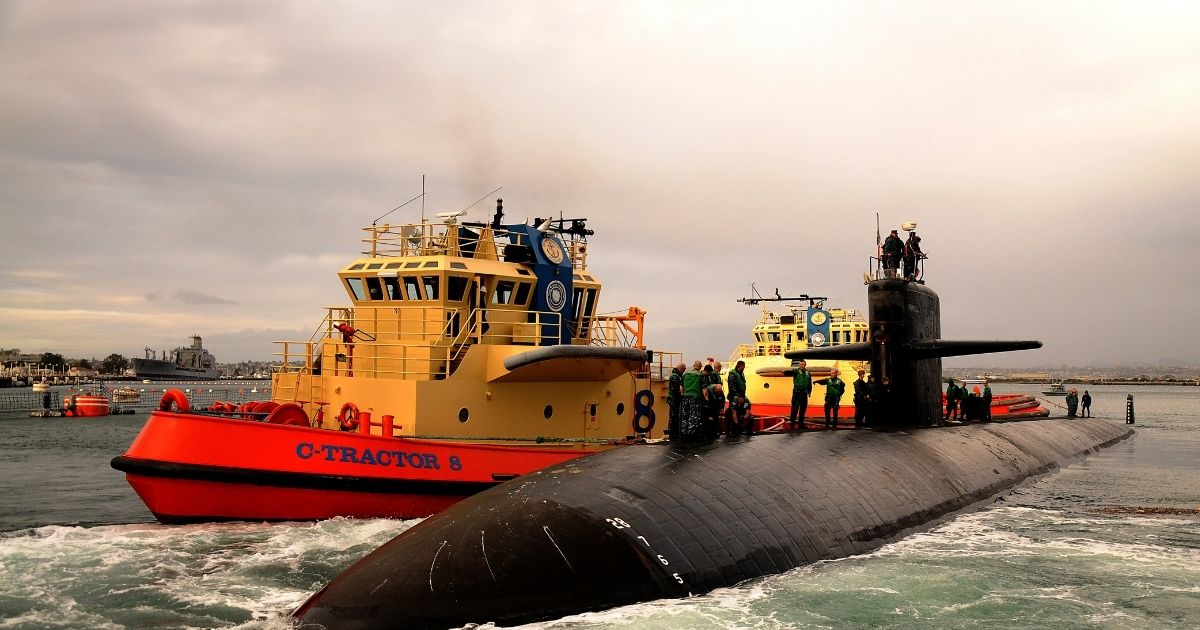 Imagine being deep below the ocean in a submarine and, as the sea’s intense pressure bears against the hull of the vessel or as you perhaps risk collision, you learn that records of tests of the submarine’s steel were falsified.

Not a good feeling.

It’s not an imaginary scenario, as a metallurgist has admitted to 30 years of falsifying records of strength testing of steel for U.S. Navy submarines.

Elaine Thomas of Auburn, Washington, has pleaded guilty to major fraud as a result of doctoring results of strength and toughness of steel cast by her employer, Bradken, Inc., a leading provider of castings to contractors who fabricate submarine hulls for the Navy, according to a U.S. Department of Justice news release.

Thomas, 67, was a metallurgist for a Tacoma steel foundry of Atlas Castings & Technology, which Bradken acquired in 2008, naming Thomas director of metallurgy the following year, The New York Times reported.

Bradken’s management has said they were unaware of Thomas’ falsifications until 2017, according to the Justice Department. Bradken management learned of the false tests as a result of a lab employee’s examination of Thomas’ test records.

“The Navy requires that the steel meets certain standards for strength and toughness to ensure that it does not fail under certain circumstances, such as a collision,” the news release, which was from the U.S. Attorney’s Office for the Western District of Washington, said.

“For 30 years, the Tacoma foundry … produced castings, many of which had failed lab tests and did not meet the Navy’s standards,” the release continued.

It noted that Thomas “… falsified test results to hide the fact that the steel had failed the tests.  Thomas falsified results for over 240 productions of steel, which represent a substantial percentage of the castings Bradken produced for the Navy.”

A federal indictment said Thomas would change the first digit on a test result, providing a 10- to 20-foot-pound increase in the “amount of dynamic force” steel could resist, according to the New York Times.

Sentencing, scheduled for February 2022, could net as much as 10 years in prison for Thomas and a $1 million fine, according to the Justice Department.

In 2020, the company entered into an agreement of deferred prosecution, “accepting responsibility for the offense and agreeing to take remedial measures,” the release said.

“Bradken also entered into a civil settlement, paying $10,896,924 to resolve allegations that the foundry produced and sold substandard steel components for installation on U.S. Navy submarines.

“The Navy has taken extensive steps to ensure the safe operation of the affected submarines.  Those measures will result in increased costs and maintenance as the substandard parts are monitored.”

The story has an international slant; perhaps one we may not like: China Daily Global, an official news organ of the Chinese Communist government, produced a video about it, perhaps with a touch of glee.

Navy submarines are constructed with some of their components under the SUBSAFE standards, developed following the crushing of the USS Thresher in 1963, lost in a deep-diving test, according to the U.S. Naval Institute News.

It’s unclear if the questionable Bradken castings were meant to be built to SUBSAFE standards, USNI News reported.

In addition to reviewing potential hazards to Navy subs in service with Bradken castings, Assistant Secretary of the Navy for Research, Development and Acquisition James Geurts said in June,  “We have done a sweep of any material that was in the queue for new construction submarines.

“That’s a little easier because it isn’t in the submarine yet, and we’re confident in the material for any of the new construction submarines,” he said.

Geurts said the Navy was working closely with Bradken and had “instituted additional audits and inspections.”